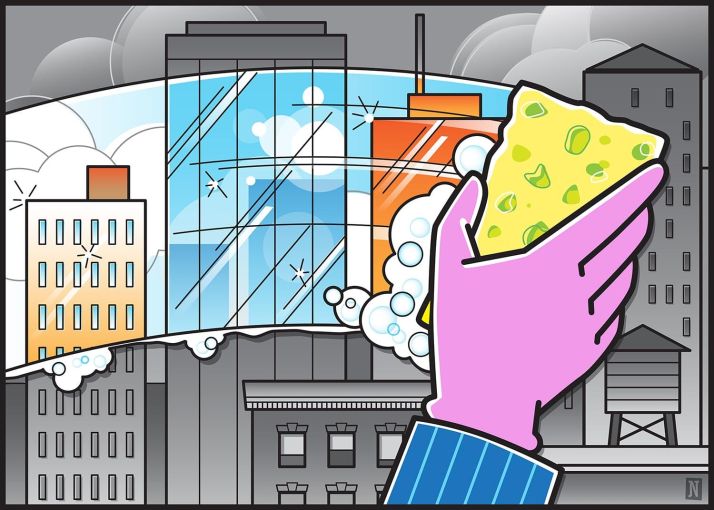 When the New York City Council passed the Climate Mobilization Act last year, Ken and Bradley Fishel, the father-and-son team behind the commercial real estate firm Renaissance Properties, were already well along the way to slashing their properties’ energy consumption. Then COVID-19 hit.

Suddenly, the Fishels saw their four Manhattan office buildings empty of workers and tenants. Rather than panic, they saw an opportunity.

Low occupancy meant that they could finish updating their office buildings in NoHo and Midtown to comply with New York City’s Green New Deal legislation — which is in line with, but not tied to, the proposed federal legislation of the same name, and which the Department of Buildings will begin enforcing in 2024 — without disturbing tenants. That meant cost savings.

“Our thinking was that we meet 2024 standards early and push other building owners to do the same,” said Bradley Fishel, who sits on the board of directors for the NoHo Business Improvement District and has worked to educate other owners about the laws, which require buildings 25,000 square feet or larger to reduce emissions by 80 percent by 2050. (This feature of the Climate Mobilization Act is known as Local Law 97.)

Now — with high-efficiency windows, solar energy offsets, LED lighting, and heating oil converted to natural gas in their buildings — they face a more puzzling problem: Are they actually complying?

“We have no idea how to measure our emissions,” said Ken Fishel, noting that one of their tenants at 632 Broadway is a hedge fund that consumes a large amount of energy. “If there is a way, we don’t know how to do it.”

The Fishels aren’t alone in their confusion. Across the city, everyone from mom-and-pop landlords to real estate leviathans are grappling with the intricacies of what the advocacy group Urban Green Council characterizes as “the most ambitious building emissions legislation enacted by any city in the world.”

The legislation affects some 50,000 buildings in NYC, and many of those building owners — at least the ones who can afford it — see the COVID-19 lockdown as the perfect moment to begin to retrofit their towers. Other office and retail landlords say that they are too focused on the exigency of attracting tenants back into their buildings to worry about making expensive sustainability improvements.

Moreover, experts add that COVID-19 regulations and directives are often at odds with those of Local Law 97. For instance, COVID-19 guidelines increase the rate of air changes per hour and require greater filtration like MERV 13. Both of those guidelines increase a building’s energy consumption, potentially pulling it out of compliance. The same goes for opening windows to increase airflow. It’s great for warding off COVID-19, and not so great for energy efficiency.

For those reasons, the Building Owners & Managers Association of Greater New York is asking the city to push back its 2024 deadline.

“While BOMA NY and its members support efforts to combat climate control, we need a more realistic and comprehensive reassessment of the timeline and penalty structures associated with LL-97,” the organization wrote in a letter to Mayor de Blasio last year. “Why? The unprecedented challenges of the COVID-19 pandemic have placed the wellness of city residents and workers at odds with your ambitious goals of sustainability.”

Even John Mandyck, CEO of the Urban Green Council, which advocates to “transform buildings for a sustainable future,” agrees that the law is complex and, at times, at odds with its own intentions.

“There are buildings in New York City that are super, super energy efficient that will never comply with this law no matter what they do,” Mandyck said. “Those are the buildings that have 8,000 people working in them, or they have a trading floor or a data center. That is because more people means higher energy consumption. Right now, the law penalizes density, and that is just counterintuitive to sustainable design.”

Mandyck explains that when it comes to electricity, buildings use energy but don’t emit carbon on site. The carbon is emitted sometimes hundreds of miles away at a power plant. For a landlord to be able to understand its energy consumption – and its compliance – it needs to understand the “grid mix” or the mix of power sources a building draws from. Some electrical plants are more carbon-intensive and some are less.

A building owner has to use a formula created by the city for 2024 to convert the electricity used into carbon emissions based on the grid mix. Once added to other fuels (like natural gas burned on site for heating) and divided by the building’s area, that gives a per-square-foot measure of carbon intensity.

To determine compliance, owners will submit a compliance filing based on a building’s benchmarking data, comparing a building’s total emissions to its carbon limit or cap, which is based on permissible carbon intensities for different building types (e.g. office or apartment building). Buildings will then be fined $268 per metric ton that their carbon footprint exceeds the limit annually.

Simple, right? It gets worse.

In 2030, the city will require buildings to have reduced their energy consumption by 40 percent. But, planning to meet those requirements is practically impossible.

“The measurement is known and established for the 2024 cap,” Mandyck said. “But the carbon coefficients for the 2030 cap have not been set, and the advisory board is going to have to forecast what the grid mix will look like in 2030, which is hard to do.”

Currently, roughly 70 percent of the grid mix is fossil fuels, and 30 percent is nuclear. When the nuclear power plant Indian Point Energy Center closes next year, the city will go to nearly 100 percent fossil fuels. Ambitious plans to bring green power to New York City exist, but they aren’t here yet.

“If the grid is greener in 2030, the building owner has to do less, because if the grid is 100 percent renewable, there would be no carbon emissions,” Mandyck explained. “So, how the calculation is pegged in 2030 is important because, for a building owner, it answers the question: ‘What do I need to do? How much energy do I need to save?’”

When it comes to planning the capital life cycle of a building, 2030 is just around the corner for commercial building owners, says Hani J. Salama, chair and chief executive officer of BOMA New York. Salama says that the law will become just another tax on building owners without revisions to the law or a new deadline.

“We think that this law as enacted has the right bones,” said Salama, whose organization advised the city on the legislation. “Climate change is a serious issue. It’s not a joke. But we need to address it in a way that is achievable, and COVID-19 changed everything. We need more time.”

Salama adds that, while the law does not make considerations for operating hours, occupancy type or density, the penalties for not complying are severe. A one million-square-foot building could pay as much as $500,000 a year in penalties, he said.

The Fishels said that the city’s recommendations, like upgrading windows and lighting, are mostly common-sense,
energy-saving practices that they would have made anyway. Nevertheless, the fact that they could still be slapped with a fine for exceeding their emissions cap without a way to clearly forecast their carbon footprint is discouraging.

“I don’t think the goals of Local Law 97 are actually possible,” said Bradley Fishel, who recently hired a third-party consultant to begin assessing their buildings for compliance. “I think the intent is wonderful, and we will do everything we can to get as close as we can to those goals, but I just don’t think it’s realistic.”

New City Council regulations require that most buildings 25,000 square feet or larger reduce their carbon emissions by 40 percent by 2030, and by 80 percent by 2050. This, in turn, is supposed to help the city itself reduce its overall emissions by similar levels.

These regulations are part of what’s called the 2019 Climate Mobilization Act’s “Local Law 97.” Expect to hear more about it in the coming years if you’re a building owner or part of an ownership team. Here’s what to know and where to find more information:

Many building owners and groups that represent them want the city to push back the date for starting to comply with Local Law 97. They cite the byzantine regulatory structure and benchmarking for determining compliance. They also cite the effects of the coronavirus pandemic, which has stressed building operations and could continue to do so well into 2021.

Finally, the closure of the nuclear power plant, Indian Point Energy Center, north of New York City in 2021 will mean that the city’s energy sources will be almost entirely fossil fuels. That condemns building owners to start from a deep hole to comply with a law that has staked its standards on renewable or carbon-neutral energy sources. Owners say that they and everyone else simply won’t know what New York City’s energy grid mix will look like in five or 10 years. How can they begin to comply now? 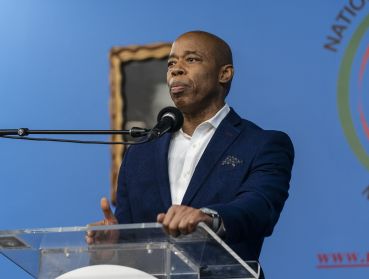 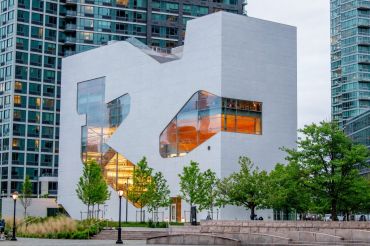 Speeding Up NYC’s Capital Construction Process Could Save $200M Per Year: Report

New York Office Capacity Will Expand to 75 Percent, Starting May 15