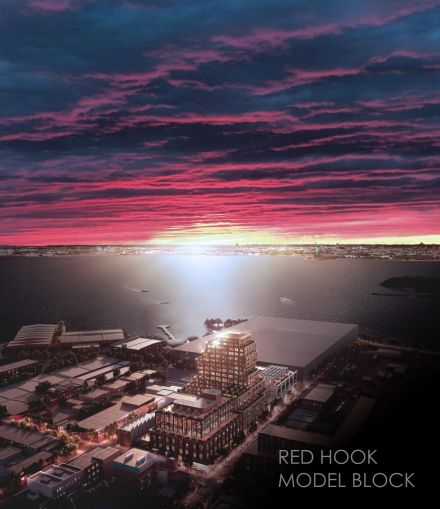 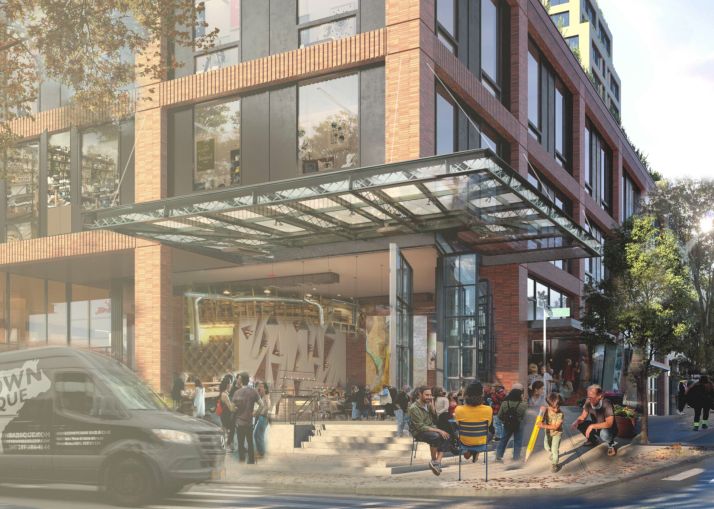 The development will include 210 apartments, 65,000 square feet of light manufacturing and 74,325 square feet of commercial space. Rendering: Arquitectonica 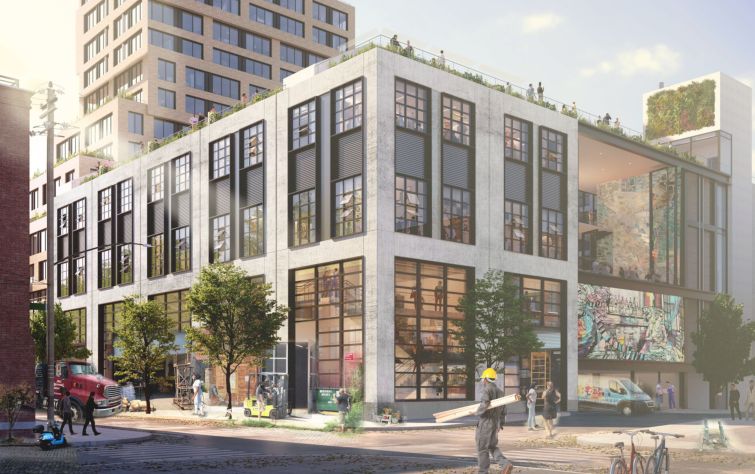 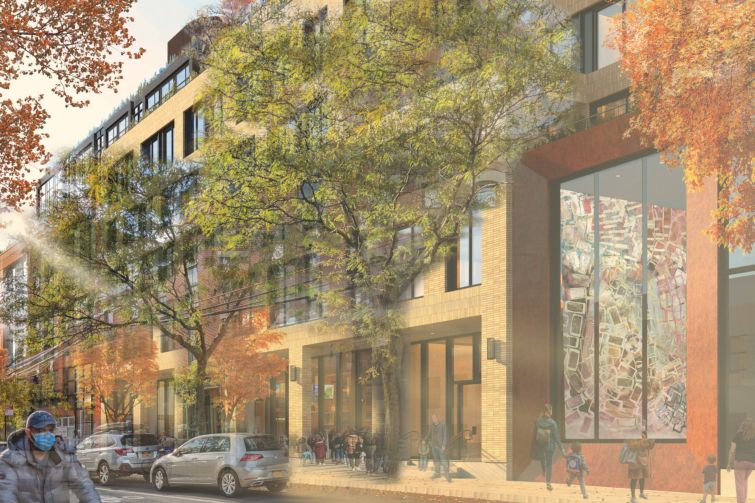 The residential portion will include 61 income restricted apartments. Rendering: Arquitectonica 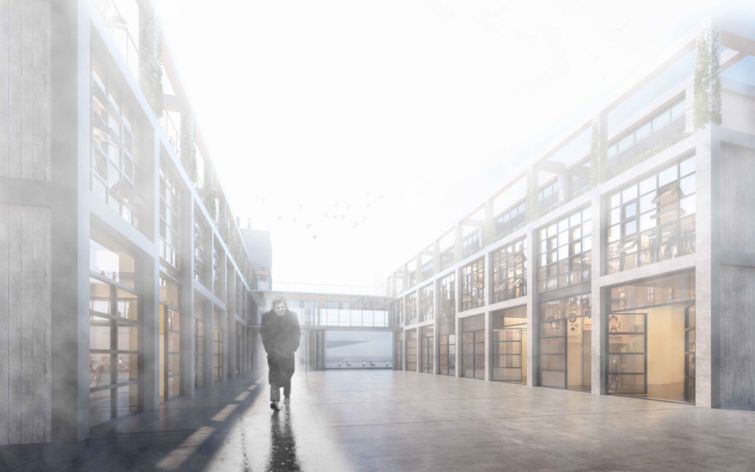 The commercial portion will include restaurants, shops and creative office space, per a press release. The manufacturing will be geared toward artisan “maker” uses, such as computer numerical control milling, woodworking, coffee roasting, beer brewing, furniture making, clothing production, metalworking and electronics prototyping, according to a spokesman for the project.

The residential part of the project will consist of a 210-unit rental building with 61 income-restricted apartments, per the release. The property is currently zoned for manufacturing and commercial uses and is located in an Industrial Business Zone.

Arquitectonica, AE Superlab and Marpillero Pollak Architects are designing the development, which has been dubbed “Model Block.”

D.C.-based W-G Capital Advisors purchased the 67,500-square-foot site between Ferris and Conover streets in 2019 for $21.5 million, as Commercial Observer reported at the time. John Gerber, then-chairman and CEO at W-G Capital, is now CEO of Four Points, according to his bio on the company website.

Alexandros Washburn, founder of DRAW and a longtime Red Hook resident, has organized public meetings on the project in the past and plans to present it to Brooklyn Community Board 6 in the next two months.

Rather than seek a rezoning, which would be typical for a developer looking to build apartments on a manufacturing site, the developers have chosen to apply for a variance and go through the less stringent Board of Standards and Appeals process. The BSA process includes the community board meeting and a public hearing hosted by the BSA.

The developers are seeking a variance because of the hardship associated with the costs of remediating the site, which is heavily polluted, a spokesman said. He added that the owners chose to go the variance route because they only wanted to build apartments on one industrially zoned site, instead of a rezoning that would involve multiple properties. The city also does not typically support residential rezonings in Industrial Business Zones, which were created to protect manufacturing.

Public review is expected to finish later this year. Construction would begin in 2022 and wrap in 2024.

“This is a site my neighbors and others from across Red Hook have discussed for years — often at community planning sessions on the ground floor of my house on Van Brunt Street,” Washburn said in a statement. “We asked our neighbors: What do we need in Red Hook? What do we love about Red Hook? And how can we get it all in a model block? The top priorities that emerged were clear: housing, jobs, resilience and the environment.”

Update: This post has been updated with additional background from the developers on their reasons for pursuing a zoning variance.