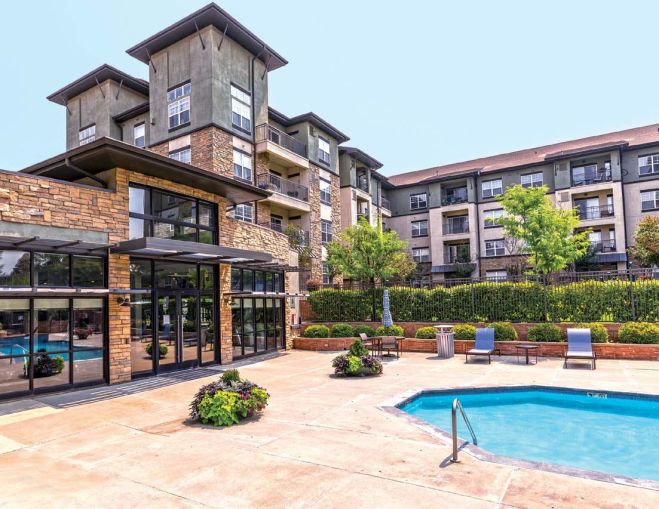 SEE ALSO: How REBNY Fights for Relevancy Amid a Progressive Movement and COVID-19

Treeline bought the asset from Greensboro, N.C.-based multifamily investment and management firm Bell Partners in a transaction that was closed just a couple days before Thanksgiving last year, as per area public records.

The deal was the largest multifamily trade in the area in 2020, according to a December report from the Broomfield Enterprise.

Built in 2004, the property is located at 210 Summit Boulevard in Broomfield. Its 500 units include one- and two-bedroom residences, ranging in size from 716 to more than 1,400 square feet, with in-unit laundry. It also sports a range of amenities, including a saltwater pool open year-round, a jacuzzi, two dog parks, a fitness center with classes, a yoga studio, a coffee bar, barbecue areas, a playground and covered parking for residents, among a few other offerings, as per information about the property via a website hosted by Denver-based national multifamily management firm Mission Rock Residential. Mission Rock was tapped before the end of the year by the new owners to manage the asset, according to an announcement on Dec. 30.

“This community offers a prime location in the Denver and Boulder metro area, and we are thrilled to be able to bring our Mission Rock standards to residents right here in our own home city,” Mission Rock President Patricia Hutchison said in a statement as part of the announcement.

The Dec. 30 announcement also indicated that Treeline rebranded the property Summit at Flatirons, dropping the word “Bell” from the name, which was a reference to the previous ownership.

Bell Partners bought the complex in 2016 — then called AMLI at Flatirons — for just over $116 million, according to public records and previous reporting on the transaction. The previous year, the firm made a splash with its purchase of the 1,206-unit The Horizons at Rock Creek — later renamed Bell Flatirons — for $255 million, which, at the time, was the largest multifamily purchase ever made in the state of Colorado, according to a 2015 report from the Denver Business Journal. The massive Bell Flatirons complex is located right across the street from Summit at Flatirons.

The same year that Bell Partners acquired Summit at Flatirons, the firm deployed more than $13 million to renovate the units and common areas. That work included the addition of stainless-steel appliances, vinyl plank flooring, quartz countertops, fresh lighting, a relocation of the site’s fitness center and yoga studio, as well as upgrades to the fitness equipment and bike storage area, as per information from JLL.

Monthly rents at the property currently range from just under $1,400 for one-bedrooms to around $2,250 for two-bedrooms, according to listing information from Apartments.com.