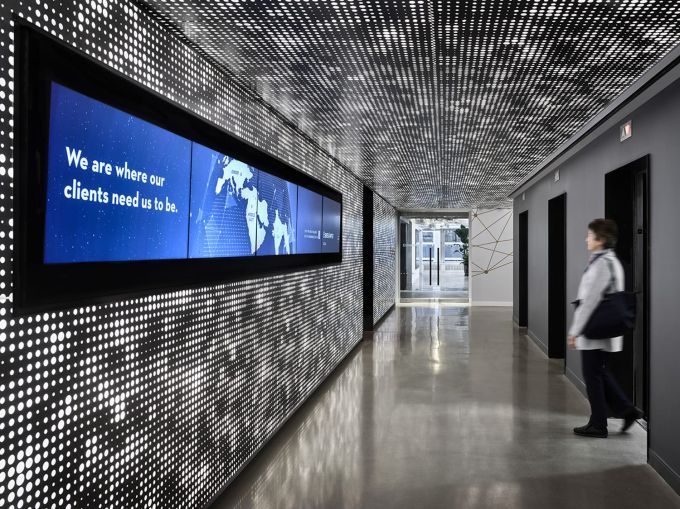 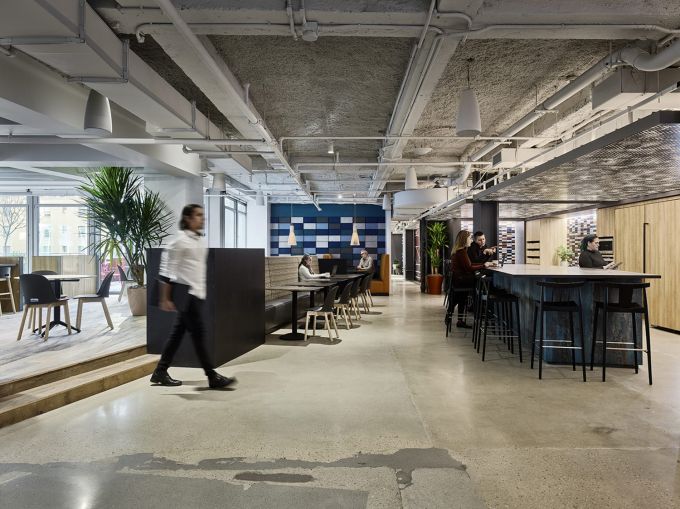 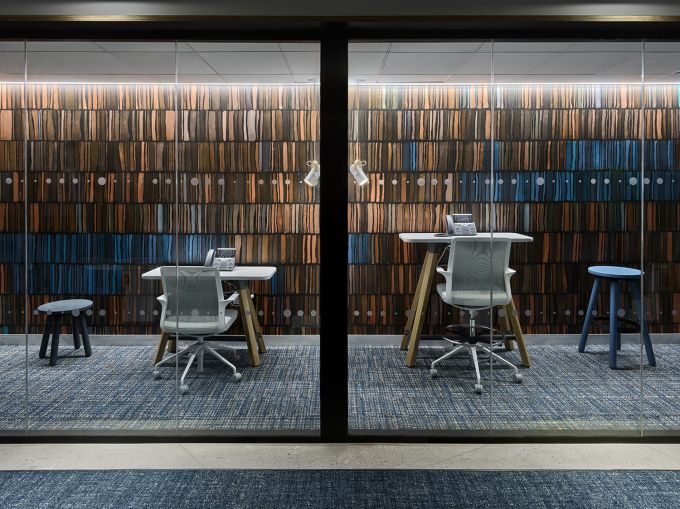 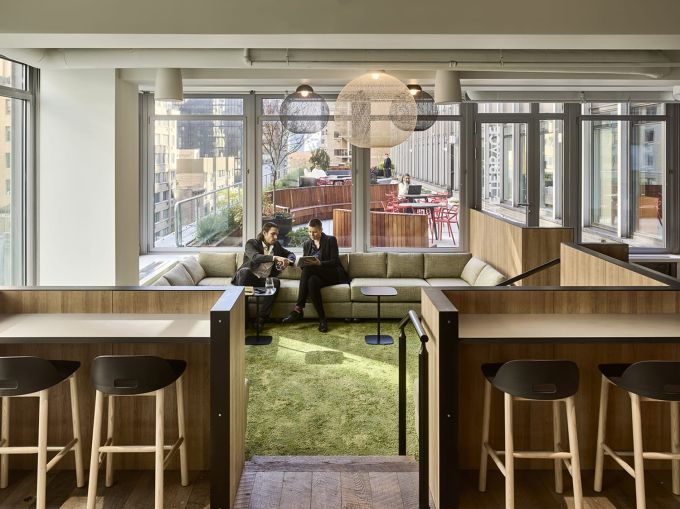 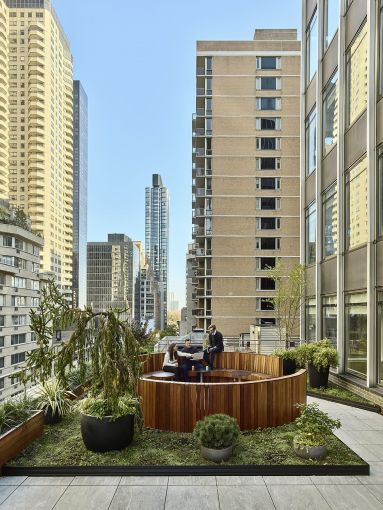 A large outdoor terrace has seating, planting and a raised platform for workout classes. 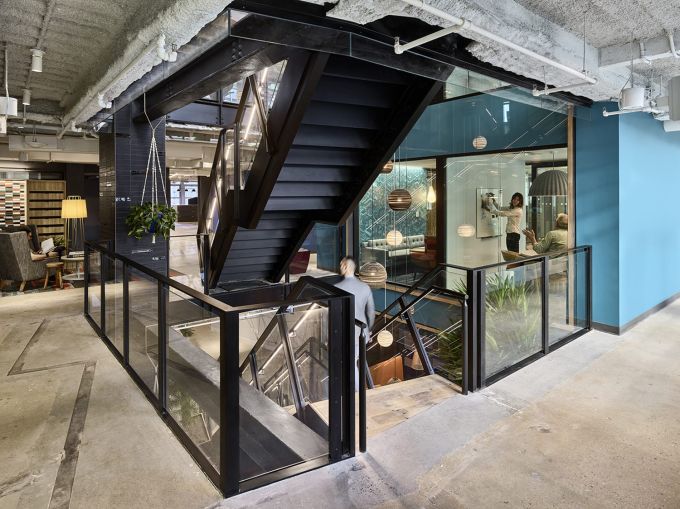 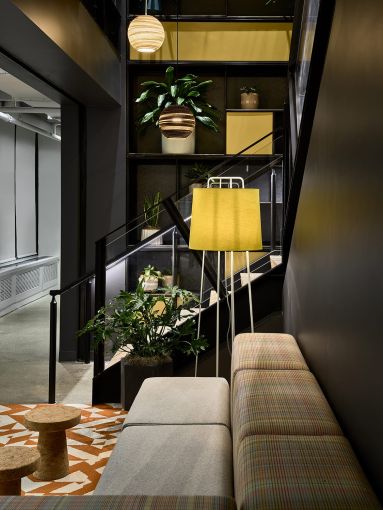 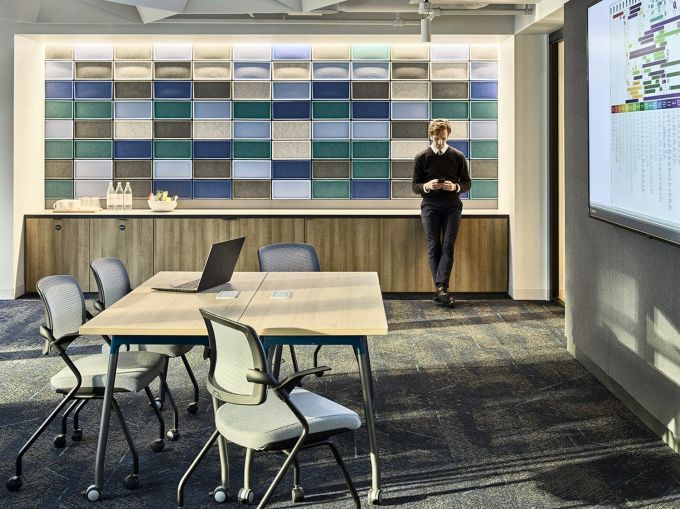 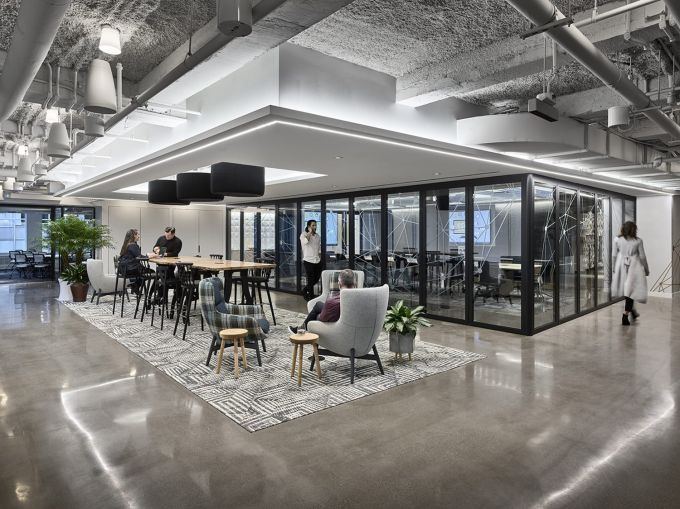 An open meeting space and a conference room. Photo: Frank Ouedman
Previous Next

When accounting firm EisnerAmper decided to design a new office in Midtown East, it wanted to create an inviting, relaxed environment for its employees and introduce them to a new way of working: hot desking.

Francis Cauffman Architects started work on the five-floor, 125,000-square-foot space at 733 Third Avenue in October 2019, months before the pandemic was even on the horizon. However, having unassigned desks and offices required a reservation system so that both employees and managers would know where they could sit. So, EisnerAmper found a mobile app that would allow workers to reserve a desk, a private room or a conference room before they came in.

The app proved to be a prescient move. Now, it has been updated for an era of social distancing and capacity limits on offices, so that employees are working at least six feet apart and on a staggered schedule. Workers are also expected to disinfect their desks at the end of the day, though the office is professionally cleaned and disinfected every night. Each employee is also assigned a locker where they can keep their stuff for the day.

“There were no design changes that were made in light of the COVID world we’re in,” said Anthony Colciaghi, a principal at FCA who worked on the project. “The client feels that they have the ability to distance people as they see fit. It’s one thing that we’re very proud of — they haven’t installed one piece of plexiglass at the moment.”

Work on the space was halted for a while in March and April, but it restarted in May and wrapped in November.

In terms of design, the massive, open work space is organized into different clusters of “neighborhoods,” which are named for different parts of New York City. Each floor has four neighborhoods, and each distinct grouping of desks and meeting rooms has a specific color scheme and palette of materials.

Many of the common areas have polished concrete floors and exposed ceilings with visible ductwork painted in grays and blacks. But the work spaces and lounges have carpets and patterned wall coverings in a variety of greens, blues and oranges. There’s also plenty of furniture made of natural wood and shelving with potted plants.

A massive, open staircase links all five floors and helps create a three-story atrium that culminates with an amenity floor on the seventh story (Eisner took the fifth through 10th floors). There are glassed-in conference rooms on a few floors that overlook both the staircase and open work areas.

The amenity floor has large conference and training rooms, a cafe area with grab-and-go food options, and a 5,000-square-foot outdoor terrace with seating and a raised platform for fitness classes. This floor also has a striking elevator lobby for visitors and clients, which consists of a wall and ceiling clad in bright LED lights, on top of which a black, patterned metal panel has been layered. A 12-foot-long video screen with branded messages also faces the elevators.

Employees will also have access to what EisnerAmper calls a “tech lounge,” where they can access IT help, wellness rooms, a video production studio, a ping pong room, and a room where they can store an extra change of clothes for more formal meetings with clients.

The guiding idea was to make the space flexible for people who frequently work off-site at clients’ offices rather than coming into the office every day.

“All of this has to do with their decision to change from a traditional accounting firm to a consulting firm,” said Mark Harbick, another principal at FCA who worked on the project. “There are a lot of groups that act more like consultants, and having an assigned office isn’t as important in this business model. This type of transformation was about creating an environment where people want to come into the office and make it purposeful.”