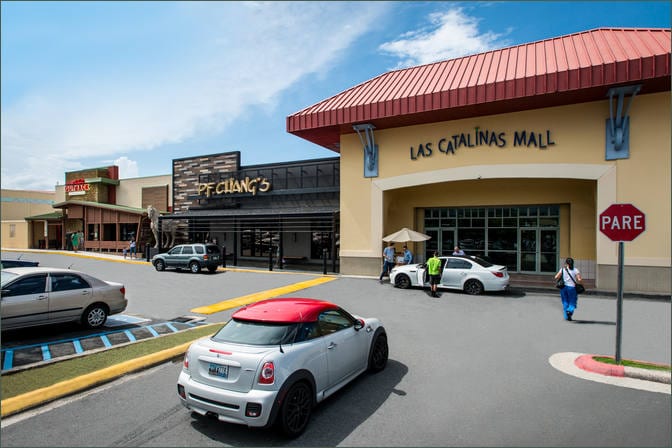 The new agreement includes an option for Urban Edge to repay the loan at a discounted value of $72.5 million — a $56.5 million reduction to its current balance; an extension of the debt’s maturity date from August 2024 to February 2026; and a conversion from an amortization loan to interest-only payments over the next three years, with a reduced interest rate of 3 percent starting in 2021 that increases 50 basis points annually until it reaches 4.4 percent again in 2024.

“The debt modification at Las Catalinas Mall provides us with significantly improved financial flexibility and strengthens our ability to attract best-in-class tenants at the property,” Jeff Olson, chairman and CEO of Urban Edge, said in an announcement.

According to special servicer commentary provided by Trepp, the loan was transferred to special servicer LNR Partners in June for imminent default after the enclosed mall suffered COVID-19-related distress. Its previous anchor tenant, K-Mart, terminated its 123,000-square-foot lease in January 2019; and in March 2020, when the mall was closed by way of government order and several tenants requested rent relief, Urban Edge failed to make its loan payment. The property reopened in June, but with capacity restrictions.

The 355,385-square-foot asset is located at 400 Calle Betances in Caguas, Puerto Rico. As part of Urban Edge’s plan to re-tenant the property, the REIT will fund a capital reserve with $5 million to be used for leasing and other capital improvements.

In the modification announcement, Olson added that Urban Edge’s “improved rent collection rate and recent leasing activity” has given the REIT the confidence to reinstate a quarterly dividend in 2021. The dividend is also based on tax gains associated with the Las Catalinas Mall mod, coupled with a June workout of the loan on The Outlets at Montehiedra, a retail asset located in San Juan, Puerto Rico. In that instance, the $36 million junior note was forgiven and the senior note was refinanced. The Iron Hound team assisted with effectuating and completing the capital event.

Vornado Realty Trust was initially the owner of both Las Catalinas Mall and The Outlets at Montehiedra, before spinning off its shopping center business — which consisted of 91 strip shopping centers and four malls in 2014 — into the Urban Edge REIT, which became a fully independent public company in 2015. Today, Urban Edge owns and manages retail properties in urban communities across the U.S., in addition to its two assets in Puerto Rico.