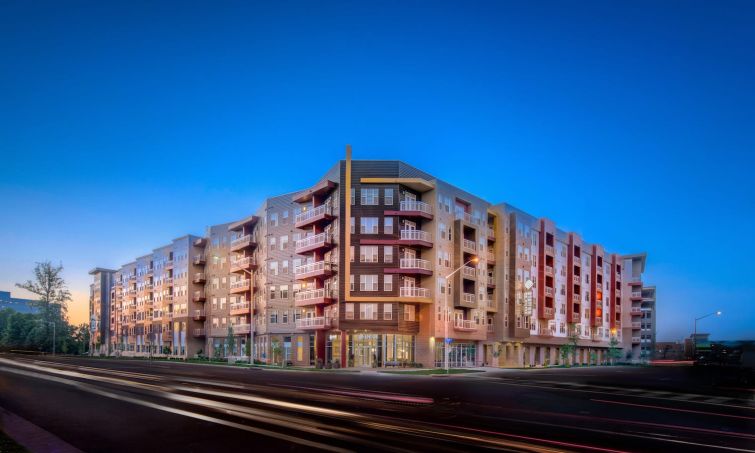 Station on Silver. Photo: By JLL

Woodfield Development has sold Station on Silver, a 400-unit, transit-oriented apartment community in the Washington, D.C., suburb of Herndon, Va.

Neither the price nor the buyer were disclosed. According to public records, the building was assessed at $91 million earlier this year.

JLL represented the seller in the deal.

“The buyer was intrigued by the quality of the asset, as well as the Northern Virginia location, future Silver Line Metro opening, and strength in the Toll Road market, including major tenants nearby, such as two of the biggest technology and online retail companies,” Brian Crivella, a managing director at JLL, told Commercial Observer.

He added that Woodfield Development, which acquired the land in 2015 and developed the property three years later, stabilized the asset and were exiting per its business plan.

Station on Silver offers five, wood-framed stories above a one-story podium, and a six-story, above-grade parking garage with 495 spaces. It’s comprised of studio, one-, and two-bedroom units, and features a rooftop courtyard, theater, billiard room and fitness area, among its amenities.

The property is located at 2340 Carta Way, less than a half mile from the Innovation Center Metro stop. It’s also near Reston Town Center and the Rosslyn-Ballston Corridor.