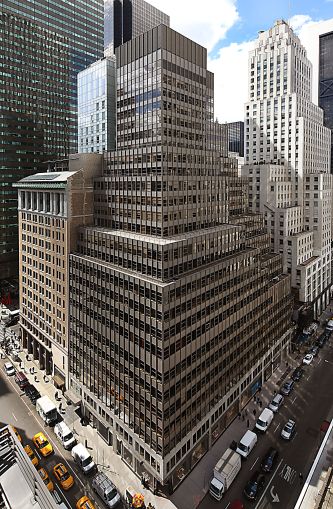 A mortgage lender, a money manager and a jewelry maker recently inked deals for prebuilt spaces at 600 Madison Avenue, Commercial Observer has learned.

The three deals — all more than five years for spaces about 3,000 square feet each — were part of landlord Ruben Companies’ recently launched prebuilt program in the building, which helped attract tenants looking to move into an office as soon as possible, according to landlord representative Newmark.

“The pandemic has certainly put some challenges on leasing space in New York City,” Newmark’s David Falk, who worked on the deals with Jonathan Franzel, said in a statement. “However, we were able to achieve these three new office transactions for 600 Madison due to a flight to quality on behalf of tenants. We are confident that the high level of workmanship and design put into the new prebuilt space will make it much more appealing to firms looking to move in quickly to an upgraded and modern environment.”

The largest of the three deals was jewelry maker Reza Jewelry taking 3,691 square feet on parts of the 23rd floor of the 26-story 600 Madison between East 57th and East 58th streets, according to Newmark. Reza plans to move into the space next year.

“600 Madison offered Reza Jewelry a prime location and high security for its jewelry business, without the heavy ‘corporate feel’ of other major, Class A buildings,” CBRE’s Michael Remer, who brokered the deal for Reza, said in a statement.

In the other two deals, Giverny Capital and Planet Home Lending both took 2,303 square feet on parts of the 23rd and 22nd floors, respectively. Both tenants already moved into their new digs, Newmark said.

JLL’s Jason Roberts and Dan Posy represented Giverny in the deal, while Charles Gerace, also of JLL, handled it for Planet Home Lending. The brokers did not respond to a request for comment.