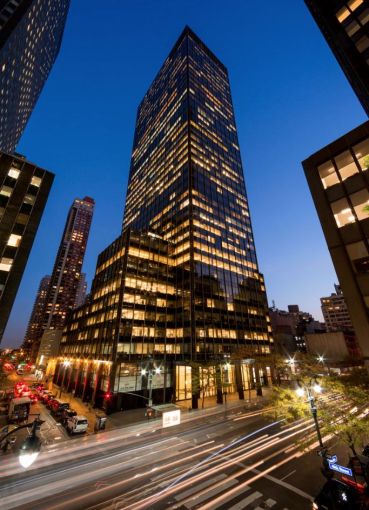 As a tumultuous year draws to a close, top sponsors continue to lock down significant financings.

Sitting close to Grand Central Terminal and the United Nations, the 1.1 million-square-foot asset — between East 39th and East 40th Street — was constructed in 1963 and designed by Emery Roth & Sons. It is currently 97 percent leased.

The property’s largest tenant is the United Nations Population Fund, which leases 131,000 square feet of space, per CoStar Group data. It’s followed by fintech company Broadridge Financial Solutions, which left its One Park Avenue spot for an 85,000-square-foot space at the building in January 2020. And in February, just before the pandemic hit, law firm Katsky Korins extended its lease for roughly 20,000 square feet for another 12 years.

A little over a month ago, The Real Deal reported that JP Morgan Asset Management was looking to shop its 49 percent stake in the office property and eyeing pricing that would value the property at roughly $600 million. The firm acquired its stake in the property in 2015 from Rockpoint Group. The status of any potential sale couldn’t immediately be gleaned.

The CMBS activity has seen a small flurry of activity as year-end approaches and teed-up deals are pushed across the finish line. Only last week, CO reported that Morgan Stanley had provided $180M in CMBS debt for Empire State Realty Trust‘s office tower at 250 West 57th Street.

Morgan Stanley officials and Eastdil officials could not immediately be reached for comment. A spokesperson for Fisher Brothers declined to comment.