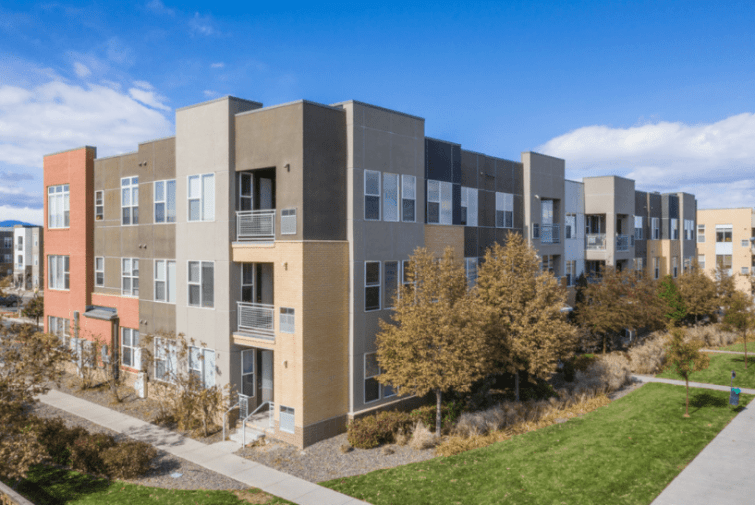 Dwight Managing Director Brandon Baksh was responsible for the origination of the government-backed mortgage loan.

The 13-acre site on which the property lies comprises nine, three-story buildings and five parking garages, as well as a clubhouse building for residents. The development also features a swimming pool, a fitness center, electric fireplaces, and private patios or balconies with the units.

Monthly rents at 5151 Downtown Littleton range from around $1,400 for one-bedrooms to just over $2,500 for three-bedroom residences, as per listing information from Apartments.com. Its units also range in size from 667 to 1293 square feet.

Its location in Littleton places the asset around a bevy of shops, self-storage and food and beverage outlets, which revolve around a sizable, open-air shopping center that includes bank branches, a Dollar Tree, a Walgreens, a Home Depot and a Lowe’s Home Improvement, among other offerings. Just a few miles north of the property, in the nearby Englewood neighborhood, are larger shopping outposts in a Walmart Supercenter, Costco and Target.

The property is also right next to South Santa Fe Drive, a major thruway that runs north and south and leads directly into Downtown Denver, as well as West Belleview Avenue, which runs east and west, leading directly to Cherry Creek State Park in Aurora — nine miles east of the property.

5151 Downtown Littleton is also approximate to green space and local bodies of water, including Bowles Lake and Upper Tule Lake and the South Platte River, which is just a couple of blocks from the property. Nearby is ample, dedicated park space, including Cornerstone Park, a massive park complex complete with baseball diamonds and a skate park, as well as a separate, but adjacent, complex that includes a dog park, a water park and a petting zoo.

Officials at Richmark did not respond to an inquiry prior to publication.