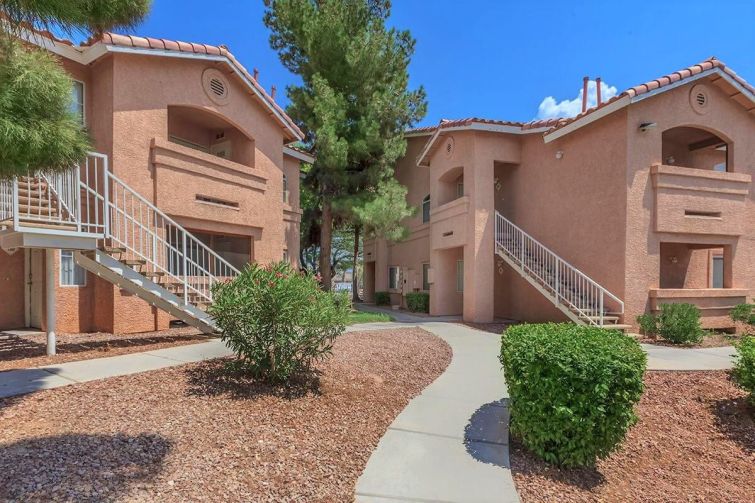 The U.S. Department of Housing and Urban Development (HUD) Section 223(f) refinance was originated for owners Vicky and Peter Palivos, two local Las Vegas investors and philanthropists who are behind an ownership entity called Desert LV LLC, according to sources and Nevada state records. The borrowers are also the registered agents behind a separate entity called Nevada Real Estate Investments LLC, per Nevada state records.

Dwight Capital Executive Vice President Keith Hoffman was responsible for the origination of the HUD loan. It’s the second HUD refinance the financier has closed for the owners in the last 24 months.

Built in 1997 and last renovated in 2001, Desert Sky Apartments comprises 12 two-story, garden-style apartment buildings, as well as a clubhouse and leasing office, that sit on more than six acres at 9655 South Las Vegas Boulevard, which is off major thruway Interstate 15 and is about 14 miles south of Downtown Las Vegas.

The gated property’s 170 apartments include one-, two- and three-bedroom residences, which range in size from 715 square feet to around 1,200 square feet, and include in-unit laundry, according to the property’s website and information from listing service Apartments.com.

Community amenities include a swimming pool and spa, a fitness center, covered parking and a garage, according to the property’s website. Monthly rents for the apartments range from around $1,000 for one-bedrooms to about $1,500 for three-bedrooms.

The borrowers on this deal could not be reached.