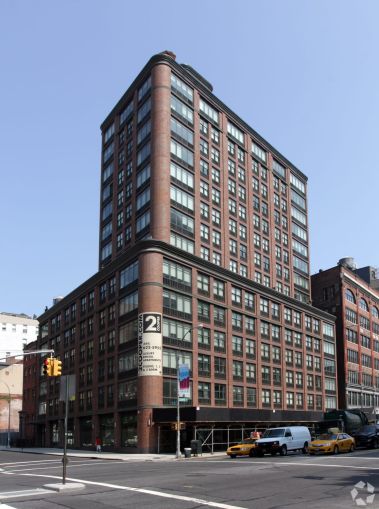 The 10-year loan on the 143-unit, East Village high-rise between East Fourth and East Fifth streets was originated by Goldman Sachs in 2019, according to Trepp. It accounts for 6.15 percent of the GSMS 2019-GC42 deal, which is part of CMBX 13.

Atlantic Development Group built the luxury building — which has a rooftop pool, a gym, and private screening rooms — near the Bowery in 2010. It charged some of the highest rents at the time in the neighborhood, with a three-bedroom apartment hitting the market at $20,000 a month, The Wall Street Journal reported.

In 2012, Atlantic Development sold the long-term leasehold in the building to the Kuwait-based Wafra Capital Partners for $134 million, GlobeSt. reported. Wafra sold the leasehold to Werner and Emerald Equity for a little over $85 million last year, a nearly $50 million loss for the Kuwait investment fund, Crain’s New York Business reported.

The leasehold gave Werner and Emerald Equity control of the property for more than 70 years.

Werner and Emerald Equity took out the loan from Goldman Sachs that same year and securitized it with an underwritten occupancy of 96 percent, according to Trepp. However, occupancy fell since the start of the year and it has been at 82 percent in the first three quarters of 2020.

Kassirer faced some troubles paying his mortgages for Manhattan buildings before the coronavirus pandemic hit and continued to miss payments during COVID-19, WSJ reported. In the spring, Emerald Equity had about 40 mortgages around the borough go into forbearance, according to WSJ.

Representatives from Werner and Emerald Equity did not immediately respond to requests for comment.