Let the CMBS Sunshine In: The Sector’s Resilience Has Shined as Pressures Mount to Close 2020 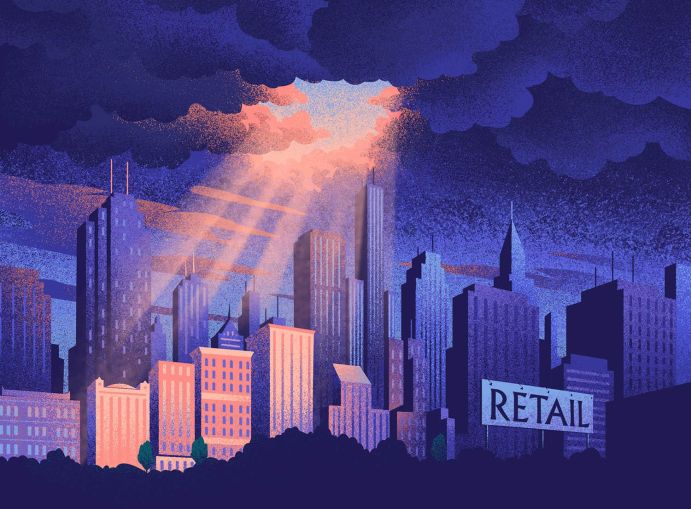 As CMBS stares down a turbulent end to 2020 in retail and hospitality and an uncertain 2021, the sector's resilience and newfound flexibility has cast it in a new light. Illustration: Kevin Fales/ for Commercial Observer

It surprised the industry. It showed that it learned something from 12 years ago, when the sector wasn’t insulated from itself and was ultimately labeled as a boogeyman that contributed to the collapse of the financial sector and the global economy.

The Federal Reserve and Treasury Department’s more astute, battle-hardened and quickdraw approach to deploying stimulus measures allowed the commercial mortgage-backed securities (CMBS) sector to find its footing after COVID-19’s early blows this spring — in stark contrast to what happened after the great financial crisis.

And master and special servicers then surprised most of the commercial property sector by showcasing rather flexible, efficient and effective approaches toward triaging issues brought by thousands of troubled CMBS borrowers in order to avoid exacerbating the problem by sending slews of loans into default.

CMBS’s reputation as a more rigid, arduous avenue for financing, despite its competitiveness in the market, has improved as a result of these offensive and defensive measures, and due to how quickly the makeup and structure of new securitizations adapted to life post-COVID.

The next several months, though, from a government, fiscal and monetary stimulus policy, as well as a health care perspective, will be critical to maintaining the sector’s renewed strength and newfound competitiveness. There’s still uncertainty around the passing of fresh stimulus legislation and rental assistance and the extension of the Treasury’s lending programs, which expire at the end of the year.

“CMBS came into this with kind of a negative impression with borrowers in terms of the flexibility of the industry to deal with crises like this,” said Manus Clancy, a senior managing director at research firm Trepp. “[Historically] banks were much more capable of forbearing loans quickly, so I’m sure CMBS borrowers appreciated that.”

“The CMBS market [has never before really been known] as flexible. Some servicers are more strict than others, but they tapped [debt reserve] vehicles to keep loans current and that helped many hotel owners get through this crisis — they’ll get high marks for that,” Clancy added. “CMBS could come back sooner than many banks that are risk averse. We could oddly find out this is a good chance for it to pick up market share going forward.”

In the spring, the Fed swiftly reinstalled its Term Asset-Backed Securities Loan Facility (TALF) bond-buying program from November 2008, and while it hasn’t been laced with a ton of buying volume so far, it instantly threw up a liquidity backstop that provided investors with enough confidence to stay in the game. This alone has pushed many industry participants to argue for its extension into 2021. Overall, through October, only about $3.7 billion — of the $100 billion the Fed committed to TALF — has been extended at very low rates to bond investors.

“Instead of working with virtually no playbook in 2008 and 2009, now they had a playbook on TALF restoring liquidity, but not solvency,” said Daniel Lucey, a managing director and senior portfolio manager at SLC Management, a subsidiary of Sun Life Financial.

In lockstep with the Fed, the Treasury’s Main Street and PPP lending programs and additional monetary stimulus deployed via the CARES Act helped to support businesses (tenants located in the properties that are collateral for the loans within CMBS pools), consumers and the broader economy.

The result was U.S. private-label CMBS issuance began to rebound within a month, mostly skipping activity in April — the eye of the COVID storm — aside from one: a $380 million Cantor Fitzgerald conduit deal (CF 2020-P1) that closed on April 30. It took about a year and a half for conduit issuance to restart after the collapse in 2008.

“[This is] a crisis like we’ve never seen before,” said Trepp’s Clancy. “There was an [initial] erasing of demand. We went from 60 to zero in so many parts of the economy, which is very different from 2007 to 2008, when things were hit hard but demand didn’t evaporate.

“If you compared it to 2008, there was 21 months of no conduit issuance between 2008 and 2010,” Clancy added. “Within two months, we saw conduits reemerge with things squeezed out of the system from pre-pandemic. We saw lending again and started to see deals that included collateral originated post-pandemic that didn’t seem to have any unique features new to the market that were not in place pre-COVID.”

Overall delinquencies peaked at 10.32 percent in June, per data from Trepp, and they have been falling gradually each month since. November’s overall figure rested at 8.17 percent.

Most retail and hospitality assets, aside from things like grocery-anchored retail or hotels not dependent on leisure and business travel, have been gradually phased out of fresh conduit and single-borrower deals that came after COVID’s initial punch, to the delight of yield-hungry CMBS investors who had initially retreated from the market and left behind many CMBS 2.0 credits — bonds issued after 2009.

“In many deals that have come out post-COVID, there’s some very strong underwriting there,” Lucey said. “We’ve played in those deals. They have very low exposure to troubled retail, or no exposure at all. Those are themes that will continue. We spend a lot of time running through collateral to find out what our fundamental outlook is for these deals. There’s some incredible value.”

The economic disruption, a low interest-rate environment, and a need for yield helped to keep demand high for these fresh, post-pandemic CMBS credits. It was only for a period of just several weeks after COVID hit that demand almost completely disappeared and pricing spreads on CMBS bonds blew wide open, only to begin to retract.

“Bond buyer appetite is there and there’s a lot of money chasing yield,” Lucey added. “Lenders are bidding on loans aggressively. I’m not sure anyone could pull off a deal with 10 or 15 percent hotels; there’s very little you can do in retail and hospitality. There was attractive valuation and buying opportunities well into June and July in the A and BBB- [space]. If you have confidence in the asset quality, there are some attractive opportunities out there. The market is pricing in more asset level differentiation.”

He said this is a far cry from 2008, when super senior AAA bonds were being [bought] for 50 cents on the dollar, and “mezz AAA and junior AAA, the stuff between the super senior AAA and AA bonds, [were] going for 15 to 20 cents on dollar. A lot of those took losses and were priced like that for a reason; they ended up having losses over time.” He added that the sector this year hasn’t yet come remotely close to that level of stress in terms of bond pricing.

“Any blips in yields have had people racing in to buy stuff, especially things that had lesser exposure to retail and hotel,” Lucey added. “[Folks] are so starved for yield and product. You won’t see 2008 all over again, absent a huge shot to the system, like a double dip that looks a lot like we had in April.”

CMBS’s resilience doesn’t rest solely with the federal government’s recent action, though. Over the last 12 years, spurred by federal regulations that came down after the crisis, the sector has mended its fences. Leverage is lower, loan underwriting has gotten much stronger, and credit enhancement levels — a financial cushion that helps to offset potential losses from defaults on the underlying loans in these securities — have doubled or even tripled in some cases, according to Kroll Bond Rating Agency Senior Director Nitin Bhasin.

CMBS also rode into 2020 on a record-setting wave of $96.7 billion in new issuance in 2019. After the first few months of this year, U.S. private-label CMBS issuance was riding high, having climbed by just over 21.5 percent year over year, as per issuance data from Trepp (that excludes CRE collateralized loan obligations).

“The third prong is: leading up to GFC of 2008, CMBS conduit deals had very low credit enhancement levels, which are now two to three times higher,” he added. “[The sector] entered into this [crisis] much better positioned, and you see that in the stability of the high investment grade credit ratings.”

Bhasin said that as a result of 2008, many high investment grade bonds, “all the way up to AAA,” were “downgraded wholesale… you see little of that today, and only on an idiosyncratic basis.”

The CMBS sector is now eyeing the next few months as a harbinger for how well it performs in 2021.

The last jobs report of the year was released by the Bureau of Labor Statistics on Dec. 4. It showed an economy that was stalling out as COVID infections and hospitalizations stretched to new heights, and as experts warned that the winter months could be the most devastating yet. There were 245,000 jobs added in November, the lowest mark since the spring. That was enough to drive the unemployment figure down to 6.7 percent from 6.9 percent the month before, although the economy is still lacking the more than 9 million jobs it’s lost since COVID hit.

“The vaccine has brought the market’s attention to what the next month or two is going to look like and what the recovery will look like,” Lucey said.

COVID’s winter surge and the sag in the economy has sparked renewed focus from congressional leaders to get a second stimulus package through before the end of the year. Recently, House Speaker Nancy Pelosi showed a willingness to push forward with Republicans on a bipartisan bill that would fall in around $1 trillion, which is about half of what was deployed earlier this year and much lower than the roughly $3 trillion package for which Democrats had initially advocated.

But, as CMBS is staring down potential declining occupancy levels across every asset type, an extension of TALF and the Main Street and PPP lending programs that are set to expire at the end of the year is paramount, sources told CO.

There are rays of light shining through for CMBS as a second stimulus injection and a vaccine have become more of a reality, which make the short- and medium-term outlooks for the sector’s rebound that much brighter.