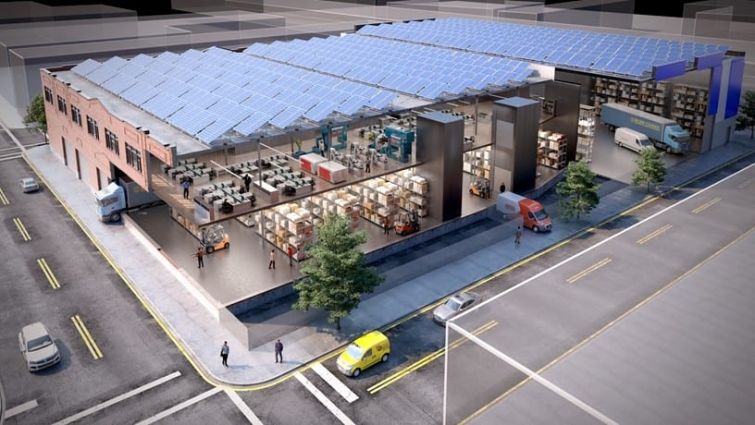 The roughly 95,000-square-foot facility was purchased via an all-equity transaction, according to sources with knowledge of the transaction.

MRP had secured about $12 million in debt in August 2017 to purchase the property that month for a little over $19 million from now-defunct, self-storage company Tuck-It-Away Associates, as per New York City Department of Finance mortgage records. Tuck-It-Away had originally bought the site for $5.3 million eight years ago.

A representative for Brookfield confirmed the purchase, but would not comment on the purchase price, the plans for the property or leasing, or whether the firm secured any debt financing to help fund the acquisition.

“This is an ideally located, urban-infill property with market-leading, last-mile property specifications in the extraordinarily dense New York City market,” Scandalios said in a statement. “The property will benefit from the accelerated shift in retail dynamics and the associated increase in demand for fulfillment facilities.”

Built sometime between 1929 and 1931, according to data from CoStar Group and JLL, the Port Morris-area distribution facility is located at 845 East 136th Street, just a few blocks away from the banks of the East River and from News Corp.’s former New York Post printing facility, the closure of which was recently announced in favor of using presses in Queens that are owned by The New York Times. The Bronx Brewery, Port Morris Distillery and Gun Hill Tavern are all located near the asset as well.

The location of the facility puts it next to prime Bronx thruways, such as Bruckner Expressway (I-278) and Major Deegan Expressway (I-87), that provide or lead to direct access to Manhattan, Queens, Westchester County and the tri-state area, which has a population base of more than 20 million people, according to JLL. It’s also about six miles from LaGuardia Airport and about 16 miles from John F. Kennedy International Airport.

JLL is currently in charge of leasing out the property, as per information from the company and from CoStar, which has the property listed as completely vacant. JLL’s listing that was last updated in late-August says the last-mile facility had been 65 percent occupied by the United States Postal Service “under a license agreement expiring in January 2020.” Any recent leasing momentum or information on current occupants is unclear.

The property also currently has its own, dedicated listing site, outlining its spaces as being fit for a variety of industrial or logistics uses, given how it is outfitted.

As it relates to loading and distribution, the asset has 10 interior loading docks with 14-foot electric doors, six exterior docks — three of which are fit for trucks with hydraulic tailboards — and street frontage on three sides, providing more optionality for loading. It has two freight elevators that can carry 6,000 pounds each, and about 68,000 square feet of the property is industrial, loft-style space. According to the listing, about 20,000 square feet of the asset is column-free with 30-foot-high ceilings, and it already has floor-to-ceiling warehouse racking equipment in place (although this can be removed).

The two-story property is also located within a designated Federal Empowerment Zone (EZ), which is a program first authorized by the federal government in the early 1990s to provide tax incentives to businesses that are located in “economically disadvantaged … areas of high poverty and unemployment,” according to information from the U.S. Department of Housing and Urban Development’s website. It’s goal was to encourage and incentivize businesses to set up shop in, and hire residents of, these designated areas.