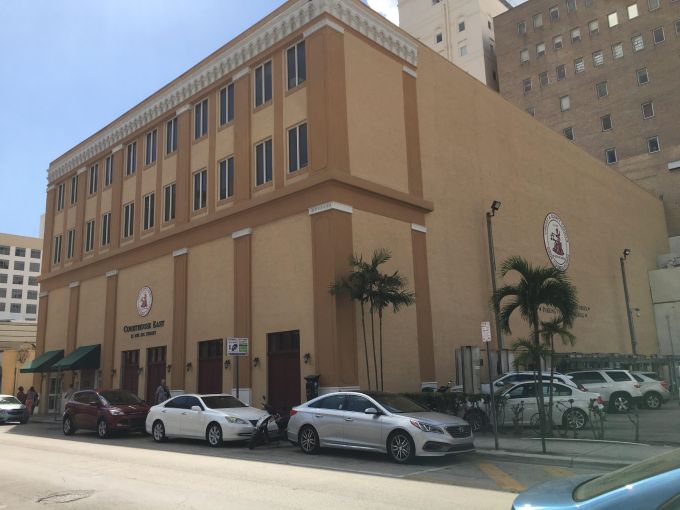 Arkadia Property Group — led by principals Richard Kilstock and David Aaron — has closed an $18 million refinance for its office property at 22 Northwest First Street in Miami, Commercial Observer has learned.

The 56,000-square-foot asset is net leased to Miami-Dade County Courthouse East and was refinanced by Florida-based bank Banesco.

“Our strategy up to this point has been buying investable deals, so income-producing assets in emerging neighborhoods and submarkets with good air rights,” David Aaron, a managing partner at Arkadia, told CO. “That’s actually how we came to own the asset that we just refinanced.”

Four years ago, Arkadia bought the office property for $22 million. At the time, the courthouse had occupied the building for more than 20 years and had recently executed a new five-year lease with three, five-year extension options. This year, the tenant exercised the first of those extension options, presenting an ideal time for a refinance.

“When they [extended], there was an intersection of time, wherein we had a fresh lease extension coupled with historically low interest rates,” Aaron explained.

Arkadia will use extra proceeds from the loan to pursue market opportunities brought about by the current market dislocation, Aaron said, with distressed acquisitions, distressed debt and industrial assets high on the firm’s priority list.

The transaction marks the second time in two months that Banesco has financed an Arkadia purchase, the first occasion being the acquisition of a cold storage produce distribution facility in Allapattah, an emerging neighborhood in Miami.

“When it came time to do this deal, Banesco came through — just as they had on the previous deal,” Aaron said.

The deal closing went relatively smoothly, despite the expected pandemic-aggravated complexities. “We, while maintaining strict COVID protocol, were able to satisfy all the requirements of the lender, and the lender went above and beyond in terms of their work around our COVID protocol,” Aaron said. “And, thankfully, we had no hiccups. It was very smooth sailing.”

The financing was arranged by Meridian Capital Group’s Noam Kaminetzky, who also negotiated the debt for the cold storage facility acquisition.

“With the confluence of several factors, including the intricacies of a government lease and the numerous challenges presented by COVID-19, many lenders were not in a position to underwrite this deal,” Kaminetzky said. “Meridian was able to leverage its strong relationship with the lender to get them comfortable with the transaction on a non-recourse basis and created a ‘sinking fund reserve account’ mechanism to keep the loan current in the event the tenant vacated.”

“There is not just an entrepreneurial spirit in South Florida, but now, finally, a corporate experience, which was coming for some time and is now fully here,” Aaron said.