The mortgages include $250 million for THEA at Metropolis, and $57 million for Viceroy L’Ermitage Beverly Hills 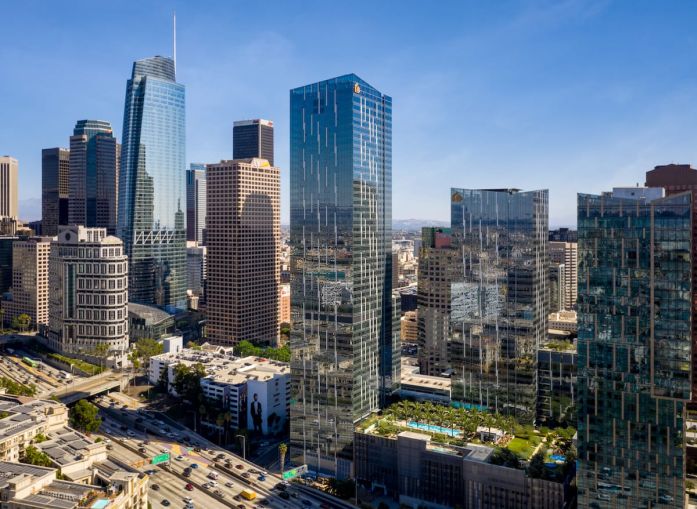 The financing includes $250 million to Greenland USA for the new, 685-unit THEA at Metropolis in Downtown L.A.; and $56.5 million for EOS Investors’ recent acquisition of the Viceroy L’Ermitage Beverly Hills. Both are five-year mortgages announced by Apollo Funds.

Greenland USA’s 56-story THEA opened in September and is one of the tallest towers on the West Coast, according to Apollo Funds. At 1000 West Eighth Street, it’s one of the towers that makes up the Metropolis mixed-use development, which spans a full city block.

The $56.5 million will help fund EOS Investors’ $100 million acquisition of Viceroy L’Ermitage earlier this year. The property is at 9291 Burton Way near the iconic, high-end shopping district Rodeo Drive, and, in 2016, it underwent a $37 million renovation.

Apollo Funds has had a strong year behind some significant deals of 2020. The investment manager provided $274.9 million for Silverstein Properties to acquire the massive U.S. Bank Tower in Downtown L.A. for $430 million. Apollo and Deutsche Bank were also lenders for Hackman Capital Partners and Square Mile Capital Management’s $500 purchase of Silvercup Studios.