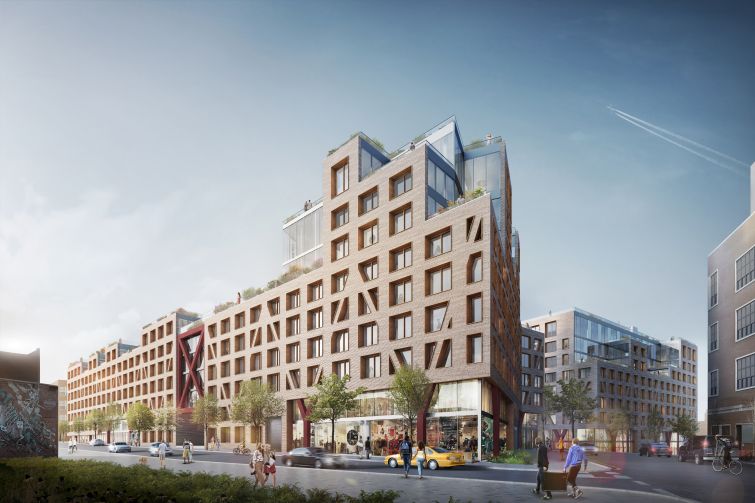 All Year Management’s prime rental property in Bushwick, part of which is scheduled for a Uniform Commercial Code (UCC) foreclosure sale in February, is facing new problems.

JPMorgan Chase, the senior lender on the property, known as Denizen Bushwick, has put the developer in default on its $170 million mortgage, according to documents filed with the Tel Aviv Stock Exchange.

The second phase of the 911-unit rental complex is already facing foreclosure on the mezzanine interest after failing to make payments on a $65 million mezzanine loan from Mack Real Estate. If that foreclosure sale goes through, the new owner will take control of the 468-unit property at 123 Melrose Street, but remains beholden to the senior lender.

While All Year has continued to pay its senior lender on time, JPMorgan Chase now claims that the developer has been in technical default since November 2019 due to a variety of administrative issues, such as an excess of mechanic’s liens, lack of reserves and missing reporting, according to TASE documents filed Sunday. Since then, All Year has accrued $9.3 million in interest, per JPMorgan Chase.

As the senior lender, JPMorgan Chase’s claim could cut into Mack’s position as the property moves toward foreclosure.

All Year was close to reaching a $675 million deal to refinance the complex in February 2021, which would have paid down its existing debt on the Melrose property and the first phase at 54 Noll Street, but that deal has not materialized. In the interim, All Year Founder Yoel Goldman has been in negotiations with existing lenders, such as Mack, but has failed to keep up with the payments.

All Year missed a $700,000 interest payment to Mack in July, and had been in forbearance for several months, according to TASE documents. In November, Mack offered All Year until February to resolve its issues, on the condition that it pay $7.5 million in early December. When All Year missed that payment, the lender moved forward with the foreclosure option.

The property is also financed with debt raised in Tel Aviv, where Goldman is facing another set of issues. All Year paused bond payments last month, and has failed to publish its third-quarter reports. It is also under investigation by the Israel Securities Authority, the Israeli equivalent of the U.S. Securities and Exchange Commission (SEC), according to BizPortal.

All Year has four outstanding bonds on the Tel Aviv Stock Exchange; its two unsecured bonds are trading close to 20 cents on the dollar, while the series backed by the William Vale Hotel in Williamsburg was trading at 64 cents, and those backed by Denizen at 87 cents, as of Tuesday.

JLL has been tapped to market the Melrose property on behalf of Mack, and the foreclosure sale is scheduled for Feb. 5.

All Year did not immediately respond to request for comment.