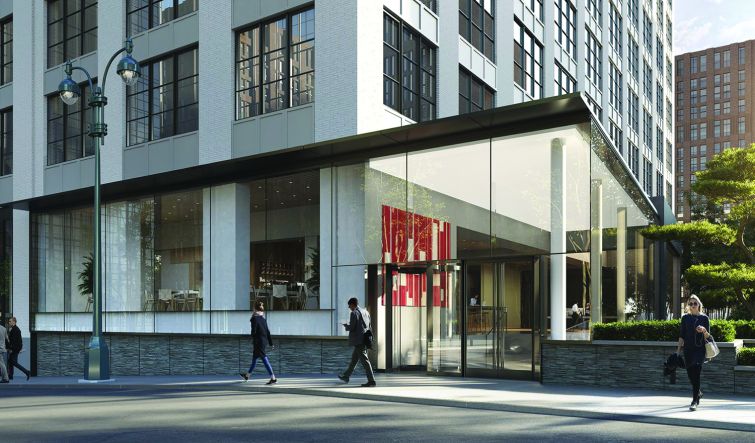 The 601W Companies has officially closed on its acquisition of 410 Tenth Avenue, along with the $705 million commercial mortgage-backed securities (CMBS) loan it secured for the purchase, sources close to the deal told Commercial Observer.

In November, SL Green Realty Corp. announced it had agreed to sell the property to 601W Companies for $953 million, with the disposition being heralded as the biggest office sale in the country since the onset of the coronavirus pandemic.

As part of the deal, 601W is taking over the $600 million construction loan SL Green closed in September for the property with lenders Goldman Sachs and Wells Fargo, The Real Deal reported.

The REIT bought the building in 2018 from the Kaufman Organization for $440 million.

“The sale of 410 Tenth Avenue is yet another indication of the Manhattan office market’s resiliency and continued global demand for high-quality, trophy assets with credit-rated tenants,” Brett Herschenfeld, managing director of SL Green, said in a statement at the time the sale was first announced. “While the asset was always intended to be held as a long-term investment, the sale will allow the company to achieve extraordinary profits, substantially reduce consolidated indebtedness, and generate additional liquidity for share repurchases.”

The debt deal marks the second behemoth CMBS financing to close in a week. On Dec. 11, KKR sealed a $740 million acquisition loan for its $835 million purchase of an industrial portfolio from High Street Logistics Properties. Barclays provided the debt, as first reported by CO.