How a Facebook Group for Women Architects Creates Community and Opportunity

Joann Lui, now of Gensler, got tired of her old firm overlooking her 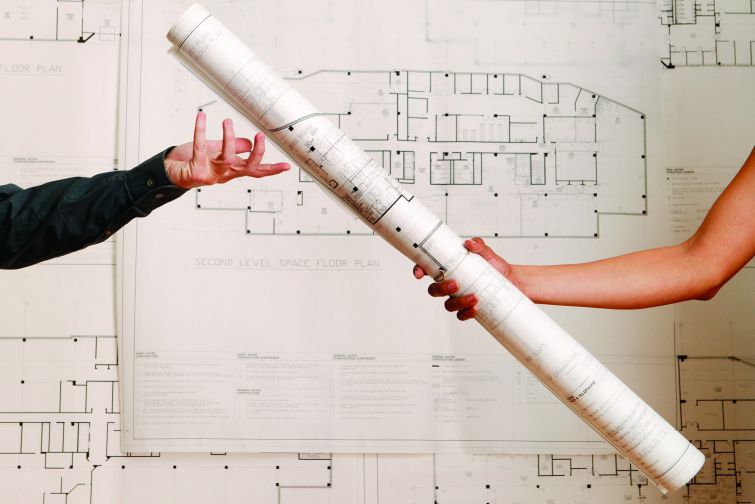 Joann Lui knows what it’s like to feel invisible at work. The 31-year old architect, currently a workplace design specialist at Gensler’s New York office, was working at another firm as an intern architect in 2013, when she realized all of her male colleagues with similar roles had received raises. When she inquired about being left out, she was told women are easily overlooked in architecture.

“The message I received was that they’d forgotten me,” she told Commercial Observer, which named her as one of its 2020 Top Young Professionals. “The incident pushed me to find a job that would value me.”

Lui’s experience is frustratingly familiar to other women in a field that has traditionally been unsupportive, whether it’s through lack of mentorship, executive promotions or attention.

The experience led Lui to create a space to let women like her help themselves. The Women Architects Collective (WAC), a 2,500-member (and counting) private Facebook group she founded in 2018, has been her attempt to make sure the professional needs of female architects never get ignored.

“My whole point in starting the collective is not only to give people representation, but to help younger women coming into this field see women architects doing amazing things,” Lui said. “I was personally frustrated with a lot of women saying they weren’t being seen or heard, and thinking that it wasn’t fair and isn’t going to change.”

There are many reasons gender parity doesn’t exist in the architecture field. Interest certainly isn’t one of them: The American Institute of Architects (AIA) found that nearly half of architecture school graduates are women. But, at nearly every level of career advancement, women face hurdles.

Equity By Design, an initiative of the San Francisco chapter of AIA, surveyed more than 14,000 architects and found that a lack of mentorship, career opportunities, and support during pregnancy and child-rearing served as significant barriers. Less than a quarter of licensed architects are female, AIA research showed. Even those who persevere or ascend still don’t achieve parity.

Equity By Design also found that women architects with master’s degrees are paid less than similarly educated men, and that male principals make, on average, $20,000 more per year than their female counterparts.

Things are improving, albeit slowly. According to the National Council of Architectural Registration Boards, nearly 2 in 5 new architects are women, and the latest crop of young architects, from 2019, are the most diverse in history.

There’s also hope that COVID-related changes in work-from-home rules may result in a work-life balance more accommodating to pregnant employees or those with small children. Still, it’s a long game no matter the personal situations of individual architects.

“Even women who choose not to have children in architecture face very similar hurdles,” said University at Buffalo Professor Despina Stratigakos, an architectural historian and author of the 2016 book, “Where Are the Women Architects?”

“Women don’t need special support; they need a level playing field,” she added. “Not being part of the old boys’ club, where you get opportunities and connected to clients, not being a part of that support network men have, it requires the commitment of partners at an architecture firm to make the required cultural shift.”

The industry has long neglected fully addressing the structural barriers in the way of this shift, however.

Architecture legend Denise Scott Brown wrote in a 1989 essay, “Room at the Top? Sexism and the Star System in Architecture,” that “on seeing their male colleagues draw out in front of them, women who lack a feminist awareness are likely to feel that their failure to achieve is their own fault.”

Kavitha Mathew is the director of leadership and engagement initiatives at AIA’s New York chapter and founder of Equity Co:LAB, a consulting firm that advises architecture firms on ways to increase diversity by revamping what it describes as staid, hierarchical corporate cultures and outdated hiring practices. She said that many companies have announced big changes and initiatives, but “it’s yet to be seen what the results are.”

The Women Architects Collective, which Lui started after finishing her licensing exams, initially grew by word of mouth via Lui’s friends and the ARE Facebook Group, an exam-prep community. It’s grown organically ever since, with Lui serving as the sole moderator.

Yoselim Bravo, 26, an architect at Purdy + Muroff Architecture in Tampa, Fla., met Lui in mid-2019 at the AIA’s annual convention in Las Vegas . Lui had just begun hosting in-person WAC events, such as a group lunch during the convention. They both hit it off, sharing similar professional experiences and backgrounds (Lui emigrated from Hong Kong as a child, and Bravo’s originally from Peru). Bravo found the group was a welcoming community and career resource. Advice Lui and others gave her helped her negotiate a promotion.

“Lui provides strategies and statistics, and talks about personal experiences you can relate to,” Bravo saId. “There are lots of issues at the workplace that I don’t necessarily want to talk to my boss about.”

Emma Greenberg, a Brooklyn-based freelance architect in her 30s, said she hasn’t had many female mentors in her career. As someone who effectively started her own business, the Women Architects Collective provided her needed guidance and job leads.

“When you have your own business, there are so many nuances, so it was nice to be able to reach out to someone who was responsive,” Greenberg said.

While Lui said she makes it a point to spark conversation on the group’s homepage with a daily post, members tend to post their own questions that focus on the struggles of being a female architect: not getting taken as seriously as men; strains with work-life balance; advice for new graduates; or, most recently, how to navigate COVID-related setbacks. When a new member posted about her post-college job search, others in the community flooded her with advice and celebrated when she found her first gig.

Lui envisions that kind of support and mentorship as core to the community’s missions. She, herself, said that she was inspired and mentored by Eunjung Chung, a design director at Gensler.

The WAC launched its own program to place mentees with mentors, and has arranged 40 such pairs, with 30 current members seeking mentors. Lui also offers free, online meetings to help WAC members and others with personal branding, which she considers a form of self-empowerment.

“It’s not about selling yourself, it’s about finding clarity about what you want to do,” she said.

Lui said she doesn’t feel her current firm, Gensler, has been lacking in support.

The company, which is private and declined to release overall statistics on female employment, does have a diversity program in place; a female co-CEO, Diane Hoskins; equal male and female representation among leadership in its Northeast regional offices; and a board of directors that will have half of its seats occupied by women in January 2021.

But not all firms are large enough to support employee resources groups or diversity and inclusion programs.

Dustin Sutton, a commercial real estate broker in San Diego, formed the Black Commercial Real Estate Network earlier this year through LinkedIn. The group, which meets via Zoom and now boasts more than 240 members, has found great success with an online model.

“Social media gives you control and reach that you just didn’t have before,” he said. “It’s important to create this sense of connection, especially now.”

Roxana Iordache, 28, is a Romanian architect and owner of Bucharest-based A7 Arhitectura. She found out about WAC through LinkedIn and said the organization’s existence outside any one company is her favorite aspect, since it allows for collective experience.

Lui said the experience of running the group has made her acutely aware of the need for more mentorships to support the next generation of female architects. It’s important to, as Lui put it, “pay it forward,” and help entrants in the field feel passionate about what they do, and understand a pathway to success.

“Architecture firms are interested in making changes, but haven’t always done the self-reflection necessary,” said Stratigakos. “There have always been voices critical to this disparity, but there’s a real push and expectations today that are much higher than they were before.”