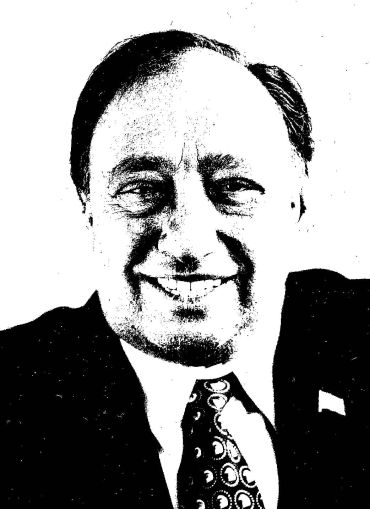 Eminent domain is a legal concept, the rights of a state, province, or government entity to take private property for public use. Its application by New York public officials is being weaponized as the latest strategy to torment wealthy residents.

I am concerned about the unfair, arrogant way I have been treated by the Town of Amherst and its Supervisor, becomes encouragement for other New York politicians to follow their example.

For many years, I owned a successful combination convenience store gas station at a busy, heavy-traffic intersection (Kenmore Avenue/Niagara Falls Boulevard). Around 1999 in a road widening, improvement project, Amherst took some of my property—making it such that I was no longer allowed to operate gas pumps or have space for vehicles. During this period, I have continued to own and maintain this half-acre parcel, paying its annual tax bill. I believe the property is now worth more than $300,000.

In 2018, Amherst and the Supervisor decided to condemn this property and offer me what they claimed was their “appraised value”, $81,000.  Prior to this, I had offered the town to either acquire a neighboring plot which would give me adequate room to re-open the convenience store/gas station or construct a park facility for local residents to use and enjoy. I was willing to maintain it at my expense, so long as I held ownership and had the legal right to do what I wanted with this property in the future.

During this period, a number of times I attempted to meet with Supervisor Brian Kulpa, and he refused. Consider that in the Buffalo region, I have significant property, equity, and business operations.

Amherst seized the property and I fought this in New York State Supreme Court.  I lost this case, along with my appeal. In this costly litigation, I learned how New York’s eminent domain laws are skewed to favor government condemnation. While eminent domain is supposed to be reserved for clearly defined public benefit, the New York courts have made the interpretation blurry, limiting the rights of property owners.

Since this past July, Amherst now has “possession.” However, I have a three-year window to file a “demand for restitution,” which I intend to do.

Supervisor Kulpa’s motives about using my property “for a park” deserve to be scrutinized: There are 43 parks already listed on Amherst’s town website. And Supervisor Kulpa appears to be closing down a long-time major parks/recreation site, Audobon Golf Course, supposedly for use as a “potter’s field” cemetery.

One of the keys to my successful career has been real estate investment, especially with distressed properties where I have made the demonstrated commitment to bring about improvements and increased value. Many real estate investors will not engage in risky transactions and unstable projects. They need to have faith and sureness that government policies and administration is supportive of their equity. The political vandalism by Amherst sends a message to property owners and developers in the Buffalo region. This legal coercion shows a lack of respect some politicians have for those people and business enterprises who are making investments and paying taxes in their communities.

Sadly, some politicos today find it self-serving to revile and scorn “billionaires,”—their achievement and their success, under the guise that “they need to pay their fair share.”

This precedent of their ease to confiscate an owner’s property and assets by eminent domain brings damaging effects to New York’s real estate market. New York real estate suffers devaluation because all property is now under increased jeopardy. Random, uncritical use of eminent domain discourages investor confidence and interested buyers. As real estate equity turns into the prey of politicians—people with assets are less likely to become stakeholders.

John Catsimatidis, a New York State resident, owns and operates one of the largest privately-held companies in New York and ran for the GOP nomination for Mayor of New York in 2013.