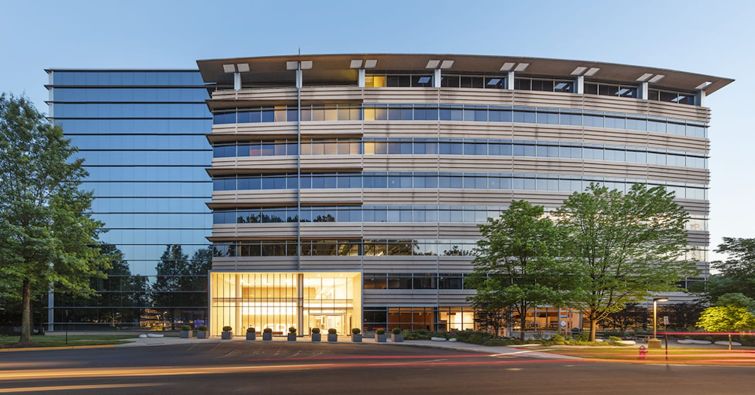 JLL facilitated the deal on behalf of the seller, which acquired the property in 2011 for $90 million.

The property is fully leased as the global headquarters for General Dynamics Information Technology, which started a long-term lease in March 2019.

“Interest in this offering was high, based on a combination of a long-term lease to a strong credit tenant, a fully renovated trophy asset, and a submarket that has seen [one] million square feet of leasing since 2017,” Bill Prutting, JLL’s senior managing director, said in a release.

Originally built in 2001, the building underwent a complete renovation, which included upgrades to the building operating systems, the addition of an atrium lobby, and enhancements to building amenities.

The building is located in Fairview Park, one of Northern Virginia’s highest-end office parks, at the intersection of I-495 and Route 50, just south of Tysons. The property is within two miles of the Dunn Loring-Merrifield Metro Station, 12 miles from Reagan National Airport and 19 miles from Dulles International Airport.