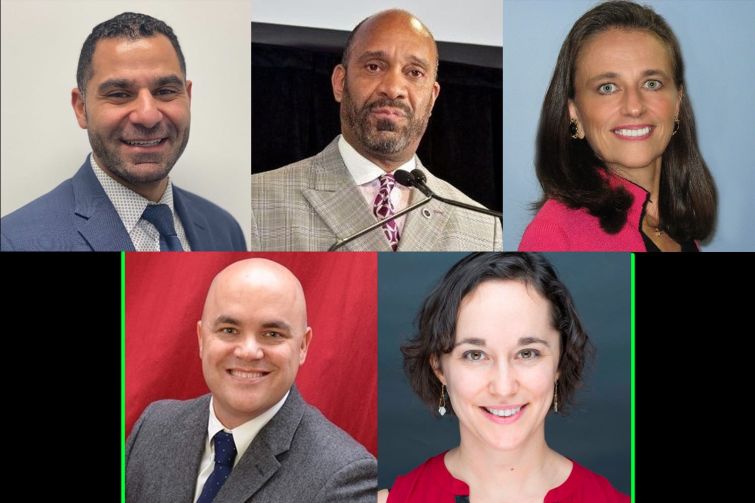 It’s hard out there for minority- and women-owned business enterprises trying to gain a foothold in the construction industry — especially during a pandemic.

During Commercial Observer’s forum “Public Projects: Navigating MWBE Participation, PPP, and Other Public Works Procurement Programs” last week, administrators from the Metropolitan Transportation Authority, the Port Authority of New York & New Jersey, and the state dormitory agency, along with a City Council member and the head of a minority-owned contracting business, discussed how the city and state could pave the way for more minority- and women-owned businesses in the development world.

“MWBEs are often excluded from projects because they are subject to regulations that are built in ways to work against them, and that’s a problem because we need diverse voices at every step of the decision-making process,” said Cali Williams, a principal at urban design consulting firm Karp Strategies, during a panel discussion with moderator Yousef Salama of Turner & Townsend. She noted that only 10 percent of city government contracts go to MWBE companies.

“At the end of the day, MWBEs don’t get the support to correct these disadvantages because they are systematically blocked from accruing the experience that is required to win the [request for proposal],” Williams said.

Public agencies that handle the lion’s share of the state construction contracts claim they have made significant strides in awarding contracts to MWBEs and training them to compete against larger firms. Rick Cotton, executive director of the Port Authority, pointed out in his keynote that the agency had awarded $1.45 billion in contracts to minority- and women-owned firms at LaGuardia Airport, which is being completely redeveloped at a cost of $8 billion. Similarly, the authority has awarded $400 million to MWBEs at Newark Liberty International Airport, which is getting a brand-new, $3 billion Terminal One with “iconic” food and retail options, Cotton said.

Lillian Valenti, chief procurement officer at the Port Authority, touted the agency’s coaching program for the principals of MWBE architecture and engineering firms as “first of its kind.” The teams will even compete against each other and be awarded a scope of work.

Valenti added that the authority’s revenues had declined so dramatically during the pandemic that it was forced, for the first time, to ask for $3 billion in federal aid.

Other transit agency executives said that when companies bid on projects in person, they need to bring their MWBE employees.

“Bring your MWBE team to the oral presentation,” said Michael Garner, chief diversity officer for the MTA. “We had a major RFP for [Occupational Safety and Health Administration] services, and one firm failed to bring the MWBE team. And I had to question them, and they said they were not aware they were required to. They came back to me and said, ‘Your question sent shockwaves through the insurance industry.’”

Tim Pullen, manager for alternative project delivery at the Port Authority, said that the agency makes sure respondents to its RFPs understand that 30 percent of their project teams — across design, construction and development — are minority- and women-owned businesses.

Speakers on the second panel, moderated by Turner Construction’s Janice Haughton, were even more blunt about the uphill battle that minority contractors face in the world of public construction.

“The city and state spent close to $1.5 billion [on contracts during the pandemic], and there were very few minority or MWBEs,” said Nayan Parikh, a civil engineer from India who started his own construction firm, Ashnu International, 22 years ago. “Various projects were done, and every time I called them, I was told that there were no minorities called.”

Parikh explained that he had built his business with the help of a construction mentor program for MWBEs at the New York City School Construction Authority in 2006.

“Without that program, I wouldn’t be sitting here being a successful contractor or a successful businessman,” said Parikh. “That program gives you work, money, and it gives you technical know-how. Now MTA, DDC and various agencies are doing the same program.”

He added, however, that once a female or minority business owner finishes the program, they are suddenly working with and competing against large contracting firms for city and state construction jobs.

“The larger general contractors will do everything they can to make sure you fail, so they can go back and tell the developer, ‘This is not working,’” said Parikh.

Debundling larger contracts — which involves allowing smaller firms to bid for pieces of them — and bringing MWBE firms together as teams on public projects could help both minority- and women-owned businesses in the construction world, noted James Murphy of Turner & Townsend.

Michael Clay, senior director for procurement at the Dormitory Authority of the State of New York, explained that he has tried to close the opportunity gap for MWBE contractors at his agency by building a program that gives them access to the performance bonds and capital that they need to bid on larger jobs. The program also helps provide payments to subcontractors and suppliers, including payments to unionized subcontractors, under a project labor agreement.

Upper East Side City Councilmember Ben Kallos, who chairs the council’s contracts committee, said that he has been pushing for ways to streamline the city’s RFP process and increase MWBE participation. He wants to allow business owners to respond to city contracts without having to jump through certain hoops each time, such as having to notarize a document that specifies that they don’t do business with Iran. (“You should be able to just do it once, and then send us an update if you start doing business with Iran,” he added.)

He also hopes to increase the city’s target for awarding contracts to MWBEs, which is currently set at 30 percent of contracts for 2021.

“We had a hearing on [personal protective equipment] procurement, and we only hit 14 percent for MWBE participation, which was embarrassing,” said Kallos. “We had to get PPE from China, and that’s not where we want to be.”