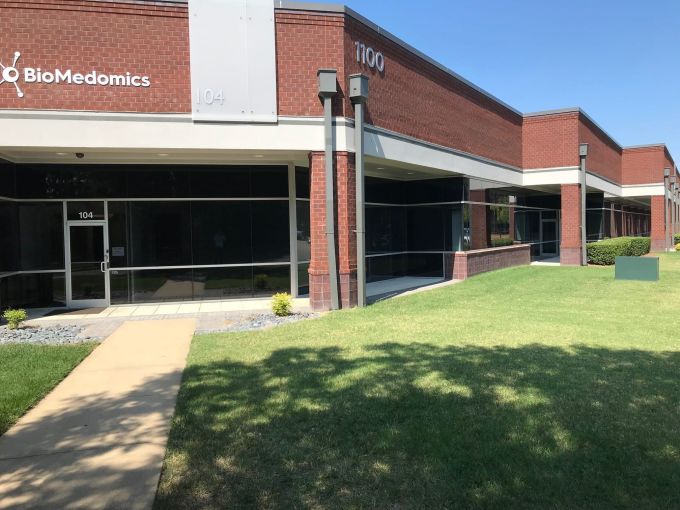 A single-story property within the Perimeter Park complex in Morrisville, N.C. Courtesy: JLL

The five-year, floating-rate acquisition loan helped facilitate Boston-based Longfellow’s roughly $64.8 million acquisition of the property from earlier this year, and will also go towards a conversion of the buildings to serve as laboratories, as per information from JLL, which arranged the debt.

The sale closed in late January, according to a February report from Triangle Business Journal.

“Longfellow continues to see attractive opportunities in the life science sector, and having capital sources that understand our business plan and conversion strategy is crucial,” Longfellow partner Joe Van Saun said in a statement.

The move would add more lab and life sciences space to one of the country’s strongest life sciences markets, at a time when industry observers are expecting outperformance from the sector over the next several quarters, sparked by the rush to develop and manufacture COVID-19 therapeutics, tests and a highly anticipated vaccine.

Audrey Symes, JLL health care and life sciences research director, said in a statement that “record highs in both [venture capital] and [initial public offering] funding, which pay the rent for many life science companies, should translate to robust [net operating income] potential in the near to medium term. Major market going-in caps remain in a tight band, with unlevered [internal rates of return] pointing to upside scenarios.”

“At the height of the pandemic, when capital was scarce, [MetLife] was ready to support Longfellow, even during tumultuous times,” LaBine said in a statement.

The four, single-story buildings that make up the Perimeter’s Edge portfolio span 341,547 square feet and are located at 2450 and 2600 Perimeter Park Drive, 507 Airport Boulevard and 5151 McCrimmon Parkway in Morrisville, which is situated about 15 miles northwest of Raleigh, in the center of the state’s Research Triangle — one of the more robust life sciences markets that exist today.

Perimeter’s Edge is part of the broader Perimeter Park complex, which is one of the largest office parks in the area at more than three million square feet, and is located next to the massive Research Triangle Park office and research complex, which is home to hundreds of tenants.

The location of Perimeter’s Edge puts it within close proximity to the collection of major research universities that comprise the Research Triangle, and also just a couple miles from the Raleigh-Durham International Airport and key interstate highways that run through the Raleigh-Durham area.