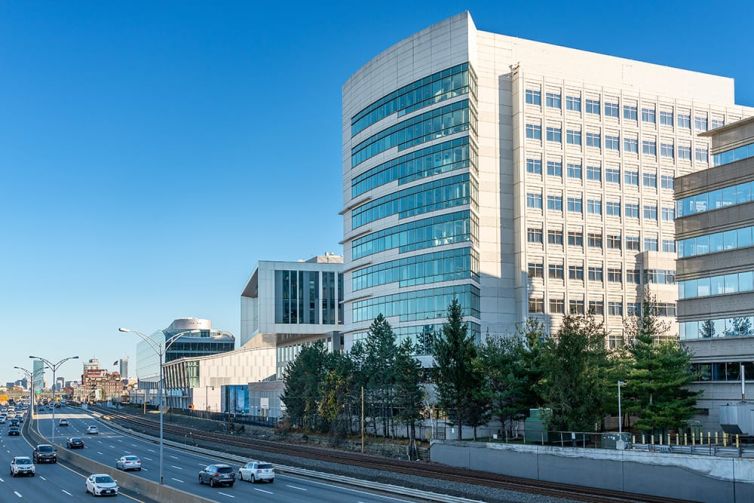 MetLife Investment Management has provided just over $44 million in acquisition debt to a joint venture between Boston-based Griffith Properties and Artemis Real Estate Partners for the purchase of a creative office property at 20 Guest Street in Boston, according to information from JLL, which arranged the debt.

The five-year, floating-rate financing helped facilitate the JV’s buy of the 228,912-square-foot property at a time when trading is still relatively frozen as a result of COVID-19.

JLL’s Lauren O’Neil and Martha Nay sourced and arranged the debt financing on behalf of the Griffith and Artemis.

The office property is located next to NB Development Group’s Boston Landing, a 15-acre mixed-use development adjacent to New Balance’s global headquarters and situated along the Massachusetts Turnpike between the Allston and Oak Square neighborhoods. Boston Landing includes training facilities for the National Hockey League’s Boston Bruins and National Basketball Association’s Boston Celtics and will eventually host The Track at New Balance, an indoor track and field and entertainment outpost, as per JLL.

Built in 2001 by NB Development Group — a development arm affiliated with New Balance — 20 Guest Street is fully leased to a mix of seven tenants in sectors such as media and sports medicine, one of which being the Harvard Business School of Publishing, as per information from JLL. It’s location puts it next to a major thruway and nearby the Boston Landing metro station.

MetLife is quite in tune with the Boston Landing development and the surrounding area in which 20 Guest Street is located. The life company provided a $111.5 million first mortgage to NB Development in the summer last year on 80 Guest Street, a 245,720-square-foot mixed-use office and lab asset that was the second property to be delivered to Boston Landing and one of a handful of properties that will ultimately comprise the massive master-planned site once it’s fully built out.

Griffith Properties did not immediately respond to an email inquiry. Artemis Real Estate Partners could not be reached.