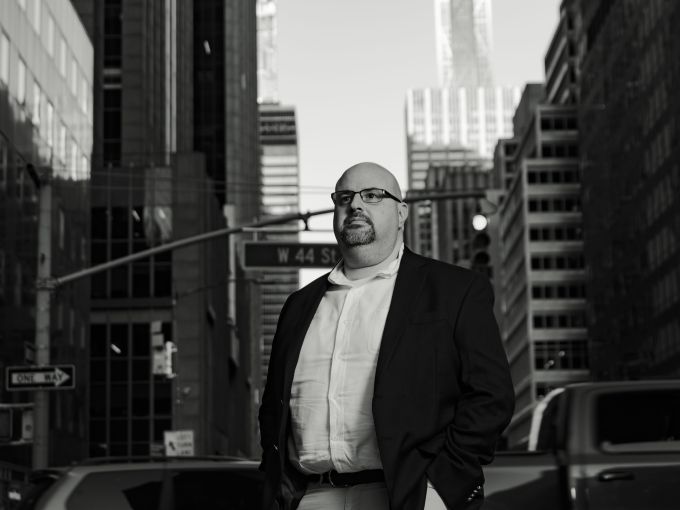 Larry Charlip, vice president of facilities management and corporate real estate for Take-Two Interactive Software, is in charge of managing the offices and development studios of the company that gave us such ubiquitous video games as Grand Theft Auto, Red Dead Redemption and NBA 2K. Take-Two’s labels include Rockstar Games, 2K, Private Division and Social Point.

In late 2016, Take-Two took 61,000 square feet at 1133 Avenue of the Americas, a 45-story, 1.1 million square-foot tower at West 44th Street. The electronic games company, which Executive Chairman and CEO Strauss Zelnick leads, rented the entire second and third floors of the Durst Organization-owned skyscraper. The roughly 340 Take-Two employees who work there, not only have their own building entrance, but have access to two landscaped terraces that overlook Bryant Park.

Charlip took time on a recent Friday morning to discuss Take-Two and its headquarters. His responses have been edited and parts cut for clarity.

Commercial Observer: How is the headquarters working out for Take-Two?

Larry Charlip: Excellent. It worked out to be an excellent move for us. We expanded in the building in 2019. We took an additional three-quarters of a floor there. So, we’re up to 83,000 square feet. Our team loves it there.

What does being in New York City do for your company?

New York City is the center of creativity, the center of the workforce. It puts us in the best position to recruit the best talent. It gives us access to the entire world.

If you look at the way T2 is structured, Take-Two, itself, is the corporate parent. We’re all back office, so that’s sales, marketing, finance, legal; and, then, the creative end of our business is all done through our studios, which operate somewhat independently, and they’re scattered throughout the world. We have about 50 locations worldwide right now, somewhere between 1.2 million and 1.5 million square feet. They operate independently, but, ultimately, it all rolls up into corporate under my review.

How has the pandemic affected your operation, and your use of your headquarters space?

Back in March, we started an entirely work-from-home scenario. Office culture was a huge part of the fabric of our company, as it is in so much of the tech world. It was an adjustment to figure out how productive we could be. It turned out to be very productive, working from home. We’ve not slowed down at all.

At the same time, we made sure the culture of our company continues through the shutdown, which was very important to us when we moved to 1133. [T2 moved uptown from SoHo.]

Our teams have done a very good job keeping our employees together through different online events, including workout sessions led by our chairman, and different kinds of happy hours and team events. Our goal is that it will (help) make a seamless transition when we come back to the office eventually. Our chairman, Strauss Zelnick, he’s very much into fitness. He runs boot camps twice a week for our company. It’s on Zoom and TV, and different broadcasts. And there are recordings, so we can go back and do them ourselves, if we want to.

[We also do] coffee hours, happy hours [online]. There are organized sessions done by our HR and our events department. And we’re also encouraged to do different things with our teams. We’ve had where the company has sent out gift cards for pizza, and we’ve done pizza night – so you can order your own pizza and have an online get-together. That kind of stuff.

We’ve, technically, reopened our office. Nobody is forced to come back. It’s voluntary, and you have to go through training in order to come back. We’ve been very careful, as we reopened, that we are providing what is needed to be safe from COVID, but not drastically changing the look of our office. So, we have signage directing people which way to walk; we’ve limited capacity in some rooms – rest rooms and conference rooms.

Do you anticipate adding or shrinking your New York footprint in the near future, the next two to three years?

We’re constantly evaluating our needs in all of our offices. We’re currently evaluating what a full return to work, what that [will] look like for our company. It’s very much tied to the surveying of our employees. At this point, we don’t anticipate shrinking, but what our growth plans are are still in the works. I don’t expect us to shrink at all.

It’s been widely publicized in the media that the game industry has done well through the pandemic, so I don’t expect there will be a reduction in footprint.

In the future, what would you advise brokers to focus on in dealing with T2?

What we’ve seen through the pandemic is an enhancement of the trend that had already started in the company. [We’ve seen] more of a shift toward hospitality-driven-type space, amenity-type space. That was one of the things that attracted us to 1133. [The ability to] create other types of environments other than just offices and workstations.

With the acknowledgement that work-from-home works, at least, to some extent, offices are going to be more and more hospitality-driven and more flexible workspace-driven. That’s something that Take-Two had already started doing work on, that our space in New York is very much driven toward. That’s going to be enhanced as we go forward.

What other places did T2 look at before deciding on 1133?

We were located in SoHo, previously. We cast a rather large net, from SoHo up to Midtown, including Park Avenue South, Madison Square Park. We looked at 20 to 30 buildings at one point. But we quickly zeroed in on Bryant Park for a number of reasons. One was transportation – between all of the subways that come to the Bryant Park area, Port Authority, Penn Station, Grand Central. We tracked where our employees were coming in from. We looked at the Grace Building; 1133 was something that came into the picture late in the process. It was after the Amazon deal broke up, and it was one of the last spaces that they had available.

It turned out to be our best option, and we were really excited, because we were able to have a building within a building – a private entrance, two terraces.