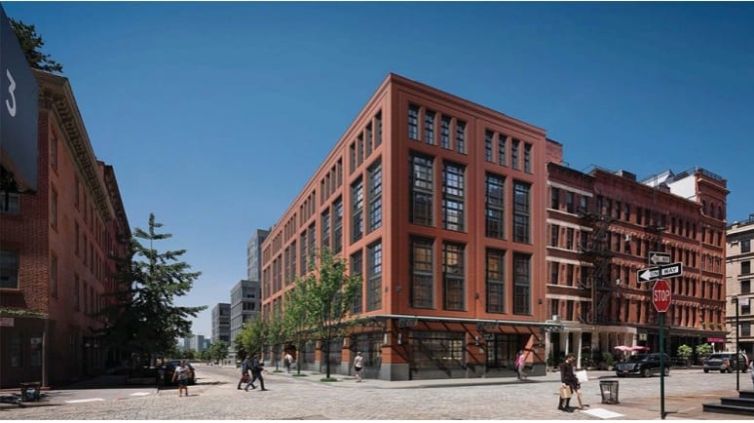 A rendering of the luxury hotel at 456 Greenwich Street. Photo: CoStar Group

The initial bids on both will open on Dec. 10 and will likely close on January 14, 2021, as per marketing materials obtained by CO. Newmark’s Dustin Stolly, Jordan Roeschlaub and Nick Scribani have been tapped to sell the positions, sources said. Officials at the brokerage couldn’t be reached for comment.

Hana Financial also could not be reached for comment.

The loan on the 456 Greenwich hotel development, which is partly funded, includes a $95 million senior piece and a $50 million mezzanine portion. Hana provided the construction financing package to kickstart the stalled development, which had previously been mired in bankruptcy proceedings via its ownership group, CBCS Washington Street LP, in the fall 2019.

By the time a winning bidder is selected, the senior loan will be $14 million funded. The fully funded, floating-rate commitment of $145 million, or $1.48 million per key, is expected to be fully drawn by October 2022. During the initial term, the senior and mezz positions earn 6.0 percent and 12.63 percent coupons, respectively.

In October 2019, Joshua Caspi of Caspi Development, which is leading the construction of the hotel, said that Hana had stepped in to provide the construction debt in order to save the project from becoming a victim of CBCS’s Chapter 11 bankruptcy proceedings that fall. The developers resumed construction on the asset in June, after the city lifted COVID-19-induced construction restrictions. In September, DPW Holdings, a limited partner in the development, alongside Caspi, Western Heritable Investment Company and Barone Management, announced that construction was fully underway following the completion of the site’s foundation work.

Construction on the 5-star hotel, which will be operated by European casino and hotel operator Groupe Barrière as a Hôtel Barrière Le Fouquet, is currently 30 percent complete, and is on track to receive its temporary certificate of occupancy in mid-April 2022 and finish all construction by August 2022.

The planned 98-key hotel — designed by Stephen B. Jacobs Group — will stand at eight stories and will comprise nearly 94,000 square feet, featuring multiple luxury restaurants and a members bar, a 1,500-square-foot interior courtyard, a swimming pool and spa, a meeting space and a screening room that can seat more than 100 people.

The second loan to be sold is a $27 million mezzanine position on 1 St. Marks Place — at the intersection of St. Marks Place and Third Avenue. Hana provided a $70 million whole loan for the development in November 2019, sold off the $43 million first mortgage to Madison Realty Capital and retained the remaining mezzanine portion.

The subordinated debt is secured by the leasehold interest in the ground-up development, which will see a 60,000-square-foot boutique office building rise at the site. The outstanding balance of the mezz piece will sit at $17.8 million in January 2021, running accordingly with the draw schedule on the loan.

The development site encompasses a three-parcel assemblage that used to host retail and apartment buildings. Real Estate Equities Corp. began construction, which is currently 10 percent complete, in mid-2020 and is expecting to wrap it up by the summer of 2022. 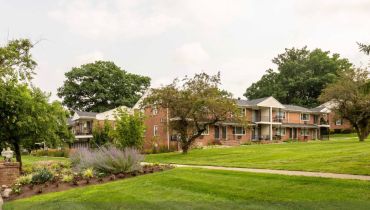