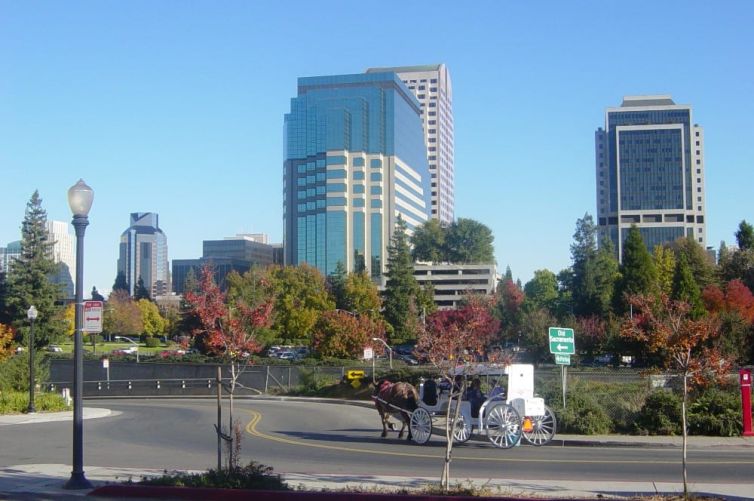 LDK Ventures has nabbed $358 million in commercial mortgage-backed securities (CMBS) debt from Wells Fargo and Goldman Sachs in order to refinance its gigantic mixed-use complex, McClellan Business Park, in Sacramento, Calif., according to ratings agency analysis of the transaction.

The financing took out about $344.2 million in existing debt on the asset, a 6.9-million-square-foot complex that’s home to more than 175 office, residential, retail and industrial tenants, including its newest tenant, Amazon, according to Fitch Ratings, which analyzed the deal. The loan also covered upfront reserves and closing costs, and Sacramento-based LDK, the sponsor in this deal, and its partners were able to recapture nearly $11 million in cash equity with the refinancing, which closed on Nov. 13.

The 10-year, interest-only mortgage will pay interest at a rate of 3.06 percent, per Fitch data. The financing was extended at an underwritten loan-to-value ratio of 60.2 percent, pointing to a valuation of $595 million. Wells originated 70 percent of the mortgage (around $250.6 million), while Goldman was responsible for the remaining 30 percent, a source with knowledge of the deal confirmed.

LDK Ventures is a real estate developer and investor focused on master-planned communities, adaptive reuse opportunities and industrial and mixed-use assets, and it also dabbles in acquiring distressed and value-add real estate. It currently has 10 such properties throughout northern California, from logistics facilities to large mixed-use properties to sizable residential complexes.

LDK is partnered with MBP Ventures and Industrial Realty Group at McClellan Business Park, which was previously the home of McClellan Air Force Base. The U.S. Air Force officially closed the base in July 2001 after about 65 years in operation as an active military logistics and aircraft maintenance installation. From there began its conversion to a major mixed-use business park, led by LDK, who moved to acquire the site from Sacramento County after it was shuttered by the military.

The site, which was opened as a base in 1936, sits on more than 3,000 acres about 12 miles northeast of Sacramento. It’s so large that it features seven miles of railroad serviced by BNSF Railway and Union Pacific Railroad and a small, 10,600-square-foot airport and runways.

LDK has doled out around $585 million to expand, improve and renovate the site for lease up since acquiring it nine years ago.

McClellan Business Park’s 83 industrial buildings, 37 office buildings, 11 retail buildings and seven residential buildings were about 87 percent leased out, altogether, as of September, per Fitch. Amazon is the largest tenant, occupying about 6 percent of leasable space, on a fresh 10-year lease that was sealed this year.

While the tech giant’s presence can turn any site to gold today, it is accompanied by a range of diverse and investment-grade neighbors.

The 10 biggest tenants in the park only make up a little over a third of its rentable area, and 33 percent of the total rentable area — a little over 2 million square feet — is occupied by investment-grade tenants. Many of these credit tenants include a mix of government agencies, which doesn’t seem like such a coincidence given the site’s history. They include U.S. aerospace and defense tech firm Northrop Grumman, the Sacramento County Sheriff’s Department, the U.S. Department of Agriculture’s Forest Service, the U.S. Department of Veterans Affairs, U.S. Customs and Border Protection, a U.S. Department of Defense Defense Microelectronics Activity (DMEA) laboratory, and the Federal Emergency Management Agency (FEMA).

About 843,000 square feet at the park serves as hangar space, which is leased by tenants like the U.S. Coast Guard and the California Department of Forestry and Fire Protection (Cal Fire). About 280,000 square feet of the hangar area is held by McClellan Jet Services, which services the site’s other tenants via refuelings and aircraft maintenance, among other offerings. also occupy hangar space. The Coast Guard and Cal Fire use the property’s airstrip as a launching point for military operations and for firefighting efforts, respectively, per Fitch.

One of the strengths of the property is its leasing momentum, with Amazon and its “state-of-the-art distribution warehouse,” per Fitch, at the forefront.

In late March, the Sacramento Business Journal reported that a permit application had been filed in Sacramento County to deploy about $5.5 million in tenant improvements to outfit about 420,000 square feet worth of warehouse, distribution and office and administrative space in a single building to likely fit Amazon’s Ultra-Fast Fresh grocery delivery service — that name of the application was Fast Track Amazon UFF Tenant Improvement, per the Business Journal. A portion of the work in the application detailed converting a section of the property to cold storage space.

According to Fitch, 79 new leases and 115 renewals, making up nearly half of the property’s rentable area, have been signed at the property since 2018. Also, 99 percent of tenants on the site paid rent in September and October.

LDK and its partners aren’t done yet. If the positive leasing outlook didn’t look brighter, there’s about 600 acres on site entitled for development that the owners could utilize. LDK has already built out three new projects at the park, including the new Amazon development, and they’ve recently moved to further expand the site’s square footage, having just filed plans to add a bundle of new logistics facilities.

Earlier this month, Sacramento Business Journal reported that LDK was planning to erect three new, one-story warehouse and distribution buildings on the site that will sit on 24 acres, span nearly 418,000 square feet and will separately be called McClellan Logistics Center. Plans also call for 446 parking spaces for site employees and 62 truck trailers. Construction should begin next spring, and occupancy should begin by the end of next year.

This story was updated to show that Wells Fargo was involved in the deal as the lead lender.