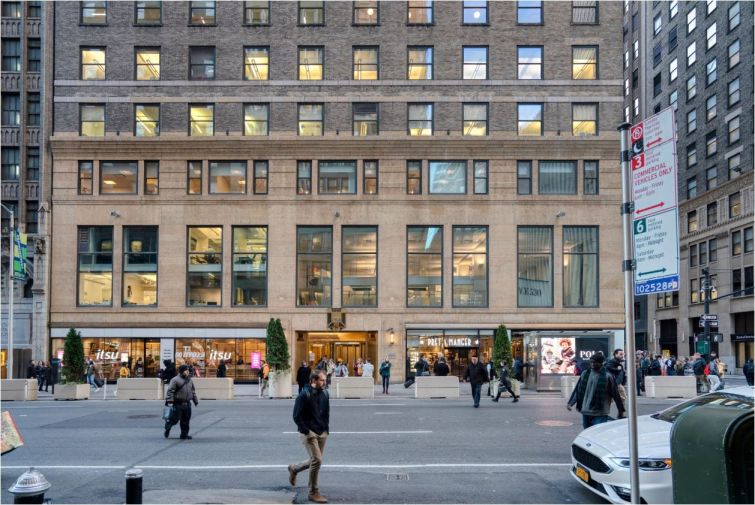 A fintech firm, an environmental engineering company and an executive search firm all signed deals for new space at 530 Seventh Avenue in the Garment District, Commercial Observer has learned.

In the largest of the three deals, Finsight inked a five-year lease for the entire 8,800-square-foot 27th floor of the 30-story building between West 38th and West 39th streets, according to landlord Savitt Partners.

Finsight — which develops technology to facilitate capital markets and corporate finance transactions — currently has its New York City headquarters nearby at 589 Eighth Avenue and plans to move to its new digs in December, Savitt said. Asking rent was $65 per square foot.

Environmental engineering firm Carollo Engineers also signed a three-year lease for 3,675 square feet on part of the 24th floor to open its first office in the city, according to Savitt. Asking rent was $60 per square foot and Carollo plans to move in on Jan. 1.

Neugeboren and Goetz handled the deal for Savitt, while Dustin McFarland and Sean Hoffman of Savills represented the tenant. A Savills spokesman did not immediately respond to a request for comment.

In the final of 530 Seventh’s recent deals, executive search firm H.W. Anderson Consulting signed a three-year lease for 2,550 square feet on a portion of the eighth floor, according to Savitt. Asking rent was in the mid-$50s per square foot.

H.W. Anderson is currently located at 1460 Broadway and plans to move into the 490,000-square-foot building in January.

“A combination of factors guided H.W. Anderson’s decision to move to 530 Seventh Avenue,” Velocity Real Estate‘s Jake Cunningham, who brokered the deal for H.W. Anderson, said in a statement. “The overall quality of the building and COVID safety precautions played a role, but the clincher was Savitt Partner’s ability to provide a turnkey, modern office space. As many tenants look for alternatives to high-density coworking spaces, identifying private, move-in ready offices is more important than ever.”

“These deals showcase that companies are still finding value in having an office footprint in Manhattan and want to expand,” Bob Savitt, founder and president of Savitt Partners, said in a statement. “Now more than ever, tenants value a direct deal with ownership over subleases and are attracted to turnkey and customized build-outs, which is what we’re offering at 530 Seventh.”