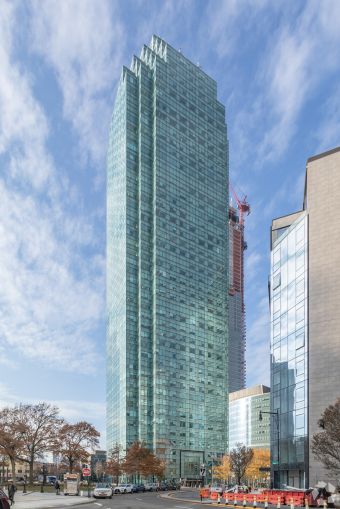 The loan is secured by the fee interest in the 52-story, 1.5-million-square-foot Class A office and retail asset in Long Island City, Queens, that Savanna owns.

Price talk was around 95 cents on the dollar, sources familiar with the trade said.

Per an offering memorandum that CO reviewed, a Cushman & Wakefield capital markets team led by Adam Spies and Doug Harmon, as well as a debt team led by C&W’s Steven Kohn, negotiated the debt sale. C&W officials declined to comment on the transaction.

As the collateral for the B-Note includes a pledge of the equity interests in the asset, the purchase offers the new B-Note holder remedies typical of a mezzanine loan, the memorandum notes.

The Real Deal first reported that the debt was up for sale in July.

Savanna acquired the trophy property in 2014 and closed a $880 million recapitalization of it in January 2020, roughly a year after Amazon backed away from plans to make the building its HQ2 campus. The C&W team also arranged that recap.

As previously reported by CO, Apollo Global Management provided a $580 million senior loan in the recap, with SL Green providing the subordinate debt —now sold to Davidson Kempner — and Junius Real Estate Partners providing $200 million in the form of a preferred equity stake.

The building is roughly one-third occupied today, with talks underway with “big tenants” who are interested in filling the remaining space, sources said. Altice USA, the telecommunications company behind Optimum, leased 103,000 square feet at the tower in June 2019, while Centene Corporation, a healthcare company that offers managed-care plans, leased 500,000 square feet in the building late last summer.

Located on top of the One Court Square subway station, the building has easy access to transit and 360-degree views of Manhattan and the surrounding boroughs. Built in 1990, the building once stood out like an exclamation point above what used to be an often-overlooked neighborhood of warehouses and factories. Now it stands in the middle of a dense district of skyscrapers that’s now home to all five of Queens’ tallest buildings, including five towers of at least 50 stories. For almost 30 years, Citigroup lent its name to the tower and served as the building’s anchor tenant.

With a last-dollar exposure of $414 million today, the B-Note just sold has a basis of $277 per square foot, per the offering memorandum. Once fully funded, accounting for value creation from the property’s redevelopment and future lease-up, that last dollar jumps to $455 per square foot.

Davidson Kempner officials could not be reached for comment. Officials at SL Green were not immediately available for comment.