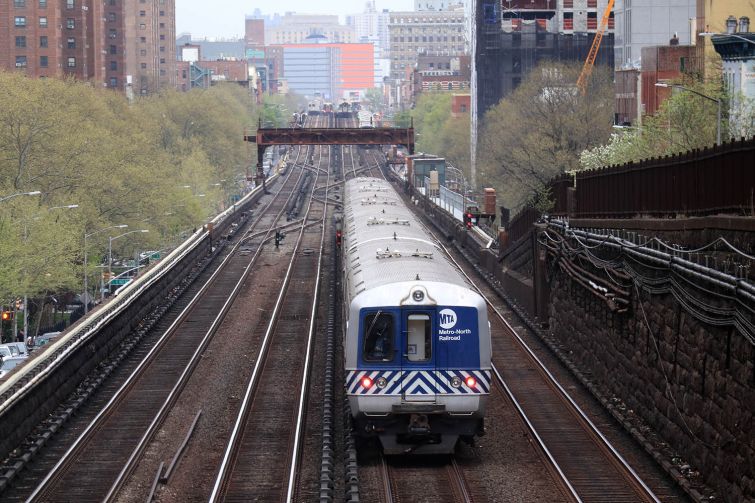 The Metropolitan Transportation Authority’s plan to cut 40 percent of subway and bus service and 50 percent of service on the commuter railroads may hit the real estate values and the economies of the suburbs even harder than those of New York City. But the entire region will suffer, transit officials and advocates say.

Some towns on Long Island and in the Hudson Valley may lose their Metro North and Long Island Rail Road service to the city entirely because of the cuts that a coronavirus pandemic-related budget crisis has brought on. Two low-ridership rail lines that serve Rockland and Orange counties may be suspended because the MTA pays New Jersey Transit to operate the routes. The MTA said last month that eliminating the Pascack and Port Jervis lines would save an estimated $25 million per year.

In all, the doomsday budget plan unveiled last month would save the MTA $880 million annually and involve laying off 8,400 unionized transit employees.

Meanwhile, the MTA has been begging the federal government for $12 billion to fill a projected $16 billion budget shortfall through 2024. The coronavirus pandemic has blown a big hole in farebox revenues, which the MTA relies on to help cover operational costs. And with ridership still down 75 percent compared with pre-pandemic levels, the transit system is unlikely to recover that money anytime soon. Congress already awarded $3.8 billion to the MTA in March as part of the first federal coronavirus relief bill.

“It’s clear that the COVID-19 pandemic is hitting the MTA harder than any past crisis and the near-term impact is much steeper,” MTA Chairman Pat Foye said at the agency’s latest monthly board meeting. “The MTA faces an existential threat where enfeeblement is the short-term risk and extinction is the worst-case scenario.”

Transit experts believe that cutting rail service to the suburbs will dampen real estate values—and the tax base—in affected towns and villages. It would also impact the tens of thousands of workers who rely on the MTA to get to work in New York City.

“The idea of scaling back that service 50 percent would be devastating to the economy that’s built up out there,” Danny Pearlstein, spokesman for transportation advocacy group Riders Alliance, said. “It will slow our economic recovery by decades because this won’t be the last round of cuts. If the MTA is forced to do damage to its own revenue, it’s only a few more cuts before the system closes down.”

Tom Wright, president and chief executive of the Regional Plan Association, pointed out that home values in the suburbs of New York, New Jersey and Connecticut hinge on reliable transit to New York City. (Much of the same goes for office properties, the values of which are often tied to how convenient the locations are for the workforces and clients of tenants.)

“This would lead to falling real estate values because much of the value of your home comes from the fact that it has access to the almost 4 million jobs in New York City,” Wright said. “And it would ripple through local municipal budgets because property taxes are the way we finance schools and police and fire in these communities.”

Lisa Daglian, executive director of the Permanent Citizens Advisory Committee to the MTA, noted that “not having service to accommodate the economic activity in the towns and villages may mean that people won’t have jobs, because they can’t get to work, or they simply won’t go out. And then you’re losing the tax base and all of the economic contributions that allow the towns and villages to flourish and be sustainable for families that live there and grow there.”

And the city can’t afford to have more cars on the road as a result of the transit cuts.

“Congestion was already costing households and businesses $20 billion a year [before COVID],” Pearlstein said, citing a 2018 study from the Partnership for New York City. “We were at capacity in terms of what people were willing to put up with, how goods can travel through the streets.”

The region “would be at a standstill without the transit system,” he added, “and the city would empty out more” than it has during the pandemic.

The number of drivers who commute into the city on a daily basis has remained basically flat since the 1970s, Wright said, because the bridge and tunnel entry points to the five boroughs have been at capacity since then. There are about 250,000 commuters who drive into the city on a daily basis, compared with 1.65 million workers who take public transit. Adding 10,000 more daily drivers to tri-state area roads would bring the entire region to a complete standstill, the RPA chief said.

Public transit is also the lifeblood of the regional economy. Nearly a quarter of tri-state residents who live outside of New York City rely on jobs in the five boroughs, according to a recent RPA study. And 27 percent of the city’s college-educated workforce lives outside of the city. That means New York City employers will suffer along with suburban commuters and their towns.

To top it all off, the U.S. Department of Transportation has delayed approving New York City’s congestion pricing scheme, which was supposed to generate billions in revenue for the MTA by collecting tolls from most drivers who go below 60th Street in Manhattan.

“Congestion pricing is being held in a netherworld by the federal DOT, which can’t decide what kind of environmental impact study to do,” Daglian said.

On the surface, the pandemic seems to benefit the suburbs, as wealthy New Yorkers and their employers begin to eye relocations to Connecticut, northern New Jersey and the Hudson Valley. But the ‘burbs and the city are so economically intertwined that the effects of transit cuts would hurt the entire region.

“There was this conventional wisdom that the pandemic was bad for the city and good for the suburbs because people are fleeing there and bidding up homes,” Pearlstein said. “But if we cut the lines that provide access to the city, then the location will be less valuable. The land ownership may be private and the values may be astronomical, but at the end of the day, it’s the transit system that ties it all together.”