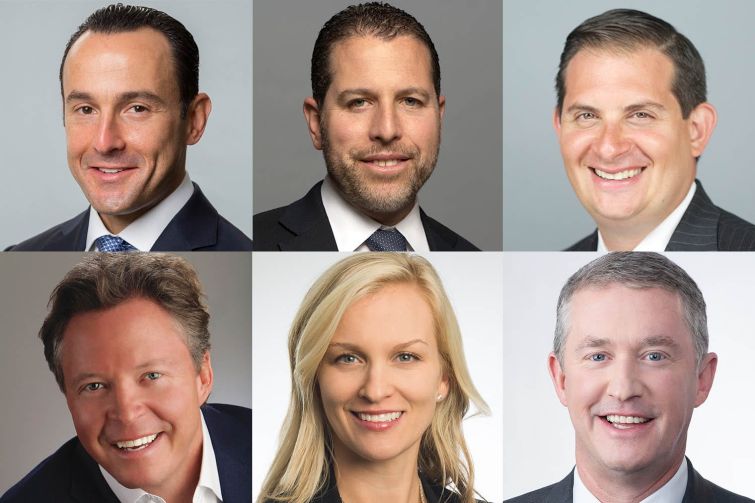 The coronavirus pandemic may have brought a deluge of upheaval and uncertainty to the market, but distinct slivers of opportunity are starting to materialize.

Ronnie Levine, a senior managing director at Meridian Capital Group, moderated the third panel during Commercial Observer’s New York Fall Financing Forum, and asked a group of savvy lenders (or, “the best and the brightest,” in his words) exactly what those opportunities are, and how they’re navigating underwriting in an ever-changing world with a far-from-transparent future.

Dennis Schuh, chief originations officer at Starwood Property Trust, said they’re playing it safe when it comes to risk-adjusted returns. “Right now, we’re trying to hit as many singles as possible,” he said. “We’re not trying to get outsized returns, and we’re trying to keep it in the middle of the fairway as best we can.”

In terms of new originations, Starwood is primarily focused on industrial assets right now as well as “select multifamily and select office,“ Schuh said, seeing as there some cities and states that have been hit hard and continue to be hit hard.

“With respect to underwriting transitional deals, we always have a lot of sensitivity and I think that’s important now more than ever with the amount of uncertainty that’s in the market,” Schuh said. “But as a general rule of thumb, we’re expecting lower rents, higher concessions, higher vacancies, increased expenses and higher real estate taxes. So, lower NOI and longer to stabilize on those deals.

“The pandemic is real,” Schuh continued. “It’s been a tragedy from a health perspective and also from an economic perspective, but we’ll get to the other side of it. In the meantime we’re being selective and cautious.”

Amherst Capital Management is also “sticking to [its] knitting,” Abbe Franchot Borok, head of investment management, CRE & Debt Strategies at Amherst, said. “We’re backing well-capitalized sponsors with the ability to stand behind assets. Then, we’re keeping leverage moderate, our average has always been 65 percent and we’re continuing to approach our lending activity in that way. We’re active in the market, and finding senior transitional loans that make sense — we’re just being careful in our underwriting.”

On the construction side, “we’re most focused on multifamily. There’s a general lack of capital in that area for higher value-add stuff,” Josh Zegen, a co-founder of Madison Realty Capital (MRC), said, adding that, “there’s still plenty of capital for lease-up plays. Pushing stuff out two or two-and-a-half years, stressing rents and going lower on a loan-to-cost basis is one way we’re looking at things.”

In terms of loan-to-cost, MRC generally provides around 65 to 70 percent, Zegen said and won’t lend less than on a 7 percent debt yield.

Warren de Haan, head of originations at ACORE, said his firm has gone through a period of recalibrating risk since March, “and that is an ongoing process.The more we learn, the more we realize we don’t know, in terms of human behavior as it relates to coming back to the office and business travel, so hospitality.”

The spaces that have better visibility and liquidity, de Haan said, are multifamily and industrial. And the three ‘B’s are what he’s keeping an eye on.

“Basis, borrower and business plan are the basic fundamentals we look at.” de Haan said. “Industrial is the sweetheart of the industry, but not all industrial is created equal and so we need to make sure we’re picking the right deals. There’s a ton of liquidity for multifamily, but we’re concerned that — in the near-to mid-term — that sector will be under pressure, and we’ll see more concessions.”

Peter Sotoloff, the chief investment officer for Mack Real Estate Credit Strategies —who won the informal competition for most beautiful Zoom background during the panel— said that, like many lenders, MRECS has been inwardly focused, but also sees opportunity coming out of this crisis.

“We’ve appreciated this correction even though it caused strife, because it really level-sets, and sidelines people who don’t have good balance sheets or access to liquidity or infrastructure,” Sotoloff said. “That allows for adjustment in pricing and also separates the ‘haves’ from ‘have nots’.”

Narrowing in on the specific market opportunities popping up, Franchot Borok said Amherst has a few deals in the pipeline, including a multifamily loan in New Jersey that had some delinquency during COVID (“We were able to get up to speed quickly on their trajectory, price per pound and close that loan,” she said); an acquisition loan on a vacant industrial building, which Amherst is viewing as a programmatic play through which it will continue to lend to the JV; and some note-on-note financing. Regarding the latter, “it’s most likely a loan-to-own strategy where a group is buying a loan in default,” Franchot Borok said.  “The note-on-note financing will collapse into a mortgage when they take fee [ownership].”

De Haan said he sees the biggest opportunity in being a one-stop-shop for construction loans. “There’s better attachment points and better pricing than we’ve seen in the past, and we can pick our spots as we’re not having to marry the senior and mezz,” he said. “ We’re looking at loan sales but it’s been interesting and disappointing at the same time. There’s more liquidity for pools of loans at prices that have surprised us, the outlier being hospitality. Everyone needs to make a 18 to 20 percent return.”

Finally, de Haan is seeing situations where borrowers are unable to reach an agreement with lenders regarding forbearances and asking ACORE to step in, “not to take out the lender’s loan, but rather asking for preferred equity or mezzanine higher yielding capital,” de Haan said. “We’re all running up against the second round of requests from borrowers and testing the resolve of both the borrower or lender this time around. The longer COVID goes on, the more illiquid the strong borrowers are going to be. Some of those borrowers have decided they don’t want to put more money to those assets, so we’re all going to be really busy over the next six to nine months. It will present risk but also an opportunity to invest high-yielding capital where there is no liquidity”

Starwood aimed to create as much liquidity as possible during the first few months of the pandemic, Schuh said: “We’ve always run a very conservative balance sheet in terms of the amount of liquidity we have. We did several things to get to $1 billion in liquidity on our balance sheet for the “who’d have thunk it,” and we’re not trying to spend it all.”

Today, Starwood is selectively going back on offense, although activity has picked up significantly since Labor Day, Schuh said. “We recently bought three loans, around $200 million, that were originated pre-COVID by a European bank,” he added. “We bought them at par and had very attractive financing on those loans.”

Zegen said MRC is keeping busy in the value-add lending sector, having recently provided a $200 million construction loan and completion financing on a rental building in the Fort Lauderdale area. The firm is also seeing opportunities to finance other lenders and dive into special situations, such as bankrupt retailers who have ancillary industrial properties with debtor-in-possession financing. It has also completed a number of performing and non-performing note purchases.

“We’ve done a number of off-market transactions with banks where they’ve given us seller financing, either because they need a quick closing or it’s one way to bridge the gap when you have a well-collateralized deal and some unknown, as to when that loan may pay off. There are a whole host of opportunities out there.”

MRECS on the other hand bought “a bunch of securities in the SASB market over March and April,” Sotoloff said. “Those have performed really well; mainly multifamily, hotel and office deals .We’ve also been providing rescue financing under the radar where the sponsor has liquidity needs.” Sotoloff gave the example of a New York office with a diversified tenant rent roll, for which MRECS provided $130 million of mezzanine financing behind a CMBS loan, used by the borrower for other needs in its portfolio.

MRECS has around nine deals in its pipeline but “our job as a fiduciary is to be proactive but patient,” Sotoloff said. “This is a great investing environment but there is a lot of uncertainty and we have to be cautious. Winter is coming and it’s going to be a long winter for people, as we already know from the forbearance data.”