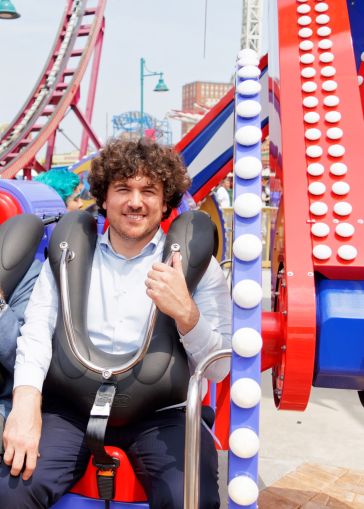 This year was supposed to be a triumph for the owner and operator behind Coney Island’s Luna Park amusement hub.

Central Amusement International, the conglomerate that Italy’s Zamperla family controls, had been planning a fresh $20 million expansion of the park on its eastern side on Brooklyn’s southern waterfront. Construction would wrap in the summer, and would come just two years after CAI’s last major expansion launched.

Plus, 2020 would mark the 10-year anniversary of the city awarding CAI the rights to build what was the first new amusement park in Coney Island in some 40 years. The company unveiled Luna Park in May 2010. It was a milestone in the general decades-long effort to rejuvenate the area.

When that 10-year mark rolled around this May, of course, Brooklyn and the rest of America was two months into a pandemic and a steep economic downturn. Everything was on hold. Construction on the expansion stopped, and Luna Park never opened this year.

“We thought this would be the best season,” Alessandro Zamperla, president of CAI, told Commercial Observer in mid-October, just ahead of the amusement park season’s traditional Halloween close. “And it turned out to be a nightmare.”

So with 2020 a lost year, CAI is looking to salvage what it can for 2021 and beyond. The problem, however, is that the company says that it’s getting zero guidance from New York state. The state had at one point included amusement hubs such as Luna Park in its Phase 4 reopening under the categories “low-risk outdoor arts and entertainment” and “low-risk indoor arts and entertainment.”

Such hubs did not make the final cut, though, due to the state’s concerns over what it described as the unique transmissions risks the parks posed. (Zoos and museums, on the other hand, did make that final cut as the state deemed them less likely to spur the spread of the coronavirus.)

The state says it is working with public health experts and is willing to work with amusement park operators to reopen, a spokesman for Gov. Andrew Cuomo said.

“Thanks to our data-driven public health policies and New Yorkers’ hard work, we have achieved one of the lowest rates of infection in the nation, but with cases rising in other states, clusters around New York, and the threat of a second wave on the horizon, we are continuing to monitor how and when higher-risk industries like these can safely reopen,” Jack Sterne, the spokesman, told CO.

In the meantime, Zamperla said that CAI continues to lose out on potential revenue and workers as the park sits vacant and contractors take their skills elsewhere—including to neighboring New Jersey and Connecticut, which have allowed amusement parks to reopen.

This interview was condensed and edited for clarity.

Commercial Observer: What is New York state telling you in terms of reopening Luna Park?

Alessandro Zamperla: We have no clue. We have gotten no guidance whatsoever. We have not received any feedback in terms of our plans. Amusement parks and attractions were initially included in the state’s Phase 4 guidance for low-risk outdoor activities, so we made an investment in terms of the control of our attendance, in terms of cleaning and PPE. But then they were removed by the governor’s office at the last minute before the release of the guidance. To date, this last-minute change has not been explained to us.

So it seems like this season is out? You will not be able to reopen this season?

Usually our season ends on Halloween. So, as you can imagine then, it’s a completely lost season. It’s a huge financial hit. Very soon it will be 12 months without revenue—complete zero. That’s actually our main concern: What will happen in the spring? Will that be another lost season? How long can we survive without any revenue?

Can you give a sense of the financial hit you’ve taken this season?

I don’t want to go into the details, but we’re talking about millions and millions.

What guidance do you want from the state for next season?

That’s something we’ve been struggling with. If you think about, for example, they now have fall activities open—apple picking, hay rides and so on. We control crowds much better than those activities. We can enforce physical distancing much better than those facilities. Take the Cyclone roller coaster. People come in naturally from one direction and then people walk out on another side.

So this is something that we’ve been struggling with because we know how to operate and open responsibly. Obviously, the public health situation has to allow for that.

There was construction ongoing before the pandemic to expand Luna Park. What’s happened there?

That’s another reason why 2020, for us, it started as a dream. We thought this would be the best season. And it turned out a nightmare in the sense that we were ramping up in November, December, January, February, March. We were making all of these investments, we had an expansion plan that would provide additional attractions [including a new water ride].

Additionally, CAI’s expansion includes the development of public recreational spaces underlining our commitment to the development of the amusement district and to our community by creating spaces that will be open year-round for our residents and will increase the economic activity outside the traditional summer months.

Is all of this expansion work on hold? Is it ongoing?

Right now everything is on hold. Now we have no idea when Luna Park will be able to open in New York state. We have to wait and see what the future will be like. We need the support of the state in terms of clarity when it comes to the future of our industry. Because something that is very peculiar for New York state is the fact that the vast majority of amusement parks are owned by small businesses, family-owned kind of companies [like CAI]. We are not like Six Flags. For us, it’s really tough because these financial hits are very hard to deal with.

You want the city to extend your lease there from 2027 to 2040, correct? Do you know if that’s going to happen?

So we’re having a conversation with the city. We’re trying to get them to extend the terms of that for stability for the whole community. We have this situation where these financial hits of 2020 will be felt in 2021, 2022.

Coney Island is very much intertwined with the community. A lot of our returning employees every season are from the community. The unemployment rate in Coney Island is more than 30 percent. There is a concern about how long that will be the case. We are really struggling to address their concerns, when [workers] come to us and ask, ‘What’s the future?’ And they’re very specifically skilled contractors. An amusement park is a place where people can learn a lot of skills because it’s really a small city, when you think about it.

Unfortunately, a lot of workers have started moving out to New Jersey, to Connecticut, to Pennsylvania, even farther south, to the Carolinas, to Florida. It’s really tough. The fact is that we are in need of financial stability, employment stability, and a long-term vision that will allow us to really prepare. 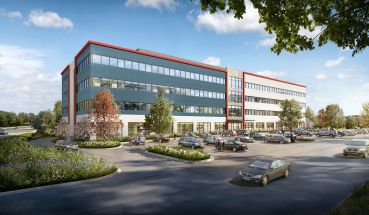