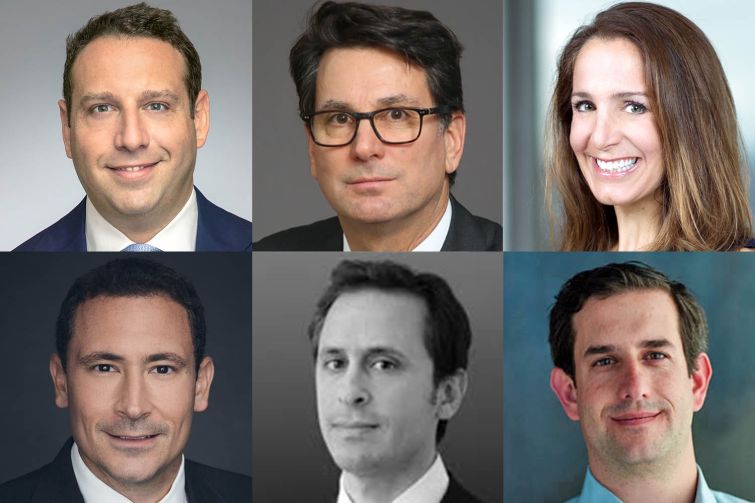 The last panel of Commercial Observer’s New York Fall Financing Forum had “the most dramatic title of the day,” moderator Laurie Grasso, a partner at Hunton Andrews Kurth, said. Indeed, it was the only panel to directly applaud two property types that have dollars flying at them from every turn: life science, and film studios.

One of the most buzzed-about transactions in New York City in the past two years has been Deerfield Management’s purchase of 345 Park Avenue South from RFR Holding. Deerfield is currently converting the traditional office property into a life science building. Alex Karnal, a partner and managing director at Deerfield said the firm takes a “long-term, favorable view on what the opportunity set looks like,” with regard to life science development in New York City.

Deerfield, a $10 billion healthcare-focused investment firm, is set on “advancing healthcare in any way possible,” Karnal said, and that includes helping new firms starting out. “Today, we have $2 billion in capital that we can put into early-stage ventures.”

Its investment in 345 Park Avenue South was a nod of approval to New York taking the lead with life science initiatives and promoting economic diversity within the city, Karnal said.

“There’s a major opportunity for New York to take a leadership position, establish an environment for the industry to flourish, connect to the incredible talent in the area and for traditional office buildings to transition to life science buildings,” Karnal said. “There’s also a real opportunity to take advantage of the macro tailwind that exists right now. We think it’s a really unique opportunity and we’re excited about what we’re building at 345 Park Avenue South and how we can contribute to the greater impact NY has [within the life science sphere].”

In June 2019, Tishman Speyer teamed up with Bellco Capital to form Breakthrough Properties, a company focused on developing and operating life science properties in technology centers.

Jeffrey Mandel, the co-head of U.S. acquisitions for New York City at Tishman Speyer, pointed to some of the nuances of the space.

“There are all these unique features and expertise sets that go along with [this investment]. There’s the building infrastructure, there’s also the perspective of space users and what their needs are,” Mandel said. “Being on the side of the company and the innovator, and being in a position to work with them and support them in what their ambitions are, and to be a partner to them is critical. We try to do that in all of our business lines, but when you’re talking about experiments and science, there isn’t a notion that you can take a beat and then turn the power back on and it’s just as it was before. There’s blocking and tackling, and the higher level support of creating ecosystems and environments where innovation and science can be their best.”

But, before you jump into life science investment despite said nuances, please be aware that “not all companies looking for space are created equally,” Karnal said. “Being able to differentiate between those tenants who will make it through their lease and those who won’t is very important.”

Plus, life science investments involve a large outlay upfront, Mandel cautioned: “You have nontraditional metrics that you’re looking at to ascertain the credit quality of a business you will become a partner in, by virtue of your investment in the fixed infrastructure.”

The life science sector was important enough to convince Jeff Fastov, the senior managing director of credit strategies at Square Mile Capital Management, to take his first plane ride post-COVID. Amid a global pandemic, Fastov journeyed to Cambridge, Mass., to do a site inspection on one of the life science deals that Square Mile is currently in the middle of. The lender recently originated a $434 million construction loan to finance the second phase of the Cambridge Crossing master-planned development, being created by DivcoWest in East Cambridge.

“There are a couple of overwhelmingly basic real estate attributes that make [life science] attractive to us,” Fastov said. “First of all, location really matters. How many places over the next 50 years could replicate the power of MIT and Harvard and Mass General? Secondly, how many developments have enough space to create their own campus with amenities that’s also a bike ride away from MIT? In terms of risk allocation, we like to think about competitive advantages driven by barriers to entry, and being big and amenitized and a bike ride from MIT is one way to think about things but also the improvements I saw were astounding.”

Earlier in the panel was some talk around underwriting the business plan of life science tenants and tenants’ investment in their spaces. “We looked at a space where the tenant is putting in $1000 per square foot, and the reason is that they want complete redundancy; not only in power so the computers don’t go down but also in HVAC,  so it’s hugely expensive,” Fastov said.

As for who’s paying for that specialty build out? Sometimes there’s a contribution from the landlord and sometimes it’s the tenant, Fastov said: “The tenant doesn’t want the landlord involved as they want to change the buildout and need specialization so they don’t want the landlord back and forth. We’re also in the middle of a transaction in New York where an old building is being converted and a couple of floors are being built out at $500 per square foot, so we’re taking a bit more risk in the buildout there. Life science seems like a growth industry that’s not going anywhere, and we expect to be extremely active in the space.”

Aaron Appel, a senior managing director at Walker & Dunlop, said his team has arranged financing for six life science projects over the last three years, totaling around $1.5 billion. “Jeff referenced two deals in Cambridge, and we financed the first phase,” Appel said. “I don’t think there’s a plethora of life science transactions. I’ve had calls from maybe 15 or 20 office owners, all considering life science because there’s traction in the space. So, there’s interesting liquidity chasing those projects but I don’t think life science going to work in every location. While it’s  growing, it’s a small segment relative to the office space available in NYC. But landlords are looking for alternative uses or exit strategies for themselves.”

Then, “from an equity standpoint, it’s hard to find dollars to provide equity for new office developments or acquiring office buildings unless they’re distressed and there’s a discount scenario,” Appel continued. “But, if you have a life science opportunity, there would be more traditional liquidity [available]. Capital is still chasing life science in a non-distressed manner.”

Mike Sroka, CEO and Founder of Dealpath, a deal management software platform that’s supported more than $6 billion in transactions, said 2020  “has caused every portfolio manager in the universe to frantically understand the impact on their own portfolio, and consider potential repositions. The emphasis and focus is on underwriting and valuation, and we’re seeing a lot of activity in life science, industrial and senior living.”

But hey, don’t forget the stars of the silver screen — or small screen — or those who are financing them. COVID-19 lockdowns have made at-home series binging de rigueur, as Netflix and Prime Video replace theater and restaurant visits.

“We’re clearly believers in it—  we recently closed Silvercup Studios,” Fastov said, referring to Square Mile and Hackman Capital’s recent purchase of the legendary New York studios — first reported by CO,  way back in June. “We’re in L.A. in a big way, and we’re looking at other global markets for the entertainment business. I think we all feel like we’ve finished watching Netflix and Amazon so it’s time for more content. Clearly viewing habits are changing. Content has always been king, but maybe never more so than now.”