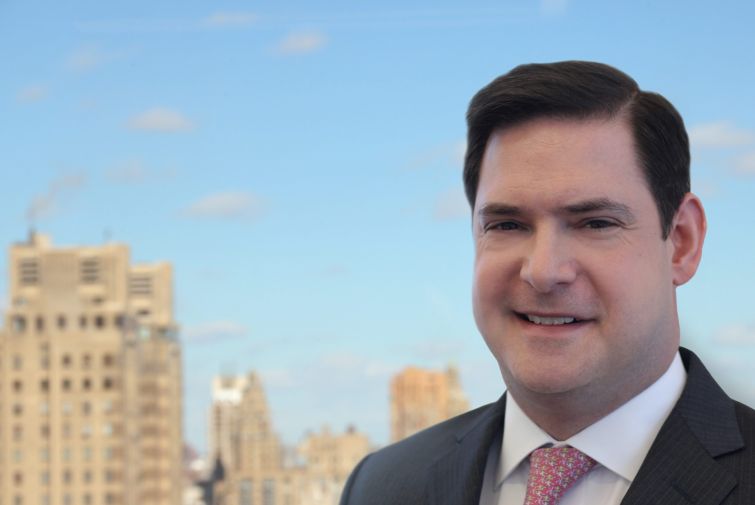 Last month, The Moinian Group officially launched its lending arm, Moinian Capital Partners, with the hiring of Jonathan Chassin. The industry veteran was previously an executive in Morgan Stanley’s principal transactions group and also served as the head of capital markets at UBS, giving him significant perspective and expertise on the lending side. Chassin chatted with Commercial Observer about how a couple of complex transactions first brought company head Joseph Moinian and him together, why 2017 was the right time for The Moinian Group to launch a financing platform and how he’s settling into his new job.

Commercial Observer: How is the new role going so far?

Chassin: It has been fantastic, the lending platform is up and running. We’ve been very busy and are seeing a lot of activity in terms of debt deals, so we’re very optimistic about the types of transactions we’re bidding on. Things have been moving along very quickly, and we’re excited to be out there in the market and actively courting deals.

How did you get your start in real estate?

I’ve been in the commercial real estate finance industry since 2001. I started my career 16 years ago working for Standard & Poor’s [Rating Services] right out of college as an analyst in the corporate and insurance ratings group for a few months before I was introduced to the heads of the commercial real estate finance and commercial mortgage-backed securities teams—Kim Diamond and David Fallick. Within a few months they had made me an offer to join the CMBS new issue ratings group. I Iearned how to underwrite every single type of property, how to analyze and rate the actual CMBS bond issuances and how to apply the rating agency criteria to large pools of loans in order to come up with capital structures—so I had a great couple of years I spent there learning many different facets of this commercial real estate finance business. From there I went to Natixis, which was CDC at the time, and specialized in large, highly structured floating-rate transactions and getting the fixed-rate CMBS business going. That was a great introduction to credit-sensitive commercial real estate lending.

Natixis was not a large loan lender at the time—it originated $50 [million] to $250 million loans—and I was interested in originating loans over $250 million to institutional clients. So, Jim Reichek and Chris Reilly offered me a role in UBS’ large loan lending group in 2006, and I took it.

So you were at UBS through the credit crisis?

Yes, and we did an enormous amount of business before the market shutdown. When the market collapsed, we had to sell as much [of the portfolio] as we could before the market completely dissolved, and my team was charged with doing much of that. We sold all of the mezzanine loans on the balance sheet, and the remainder of the senior loans that we had on our books.

In 2009, I became head of capital markets at UBS while we were still coming out of the credit crisis. The conduit market started coming back to life at the end of 2010, [UBS] started lending in September  that year and we did our first deal in January 2011. I also set up the DBUBS [CMBS issuance] program with the guys from Deutsche Bank. I worked at Morgan Stanley from 2013 until 2016 [as an executive in the principal transactions group].

How did you get to know Joseph Moinian?

Joe had traditionally done a lot of his banking business with Wachovia and had a tight relationship with the guys there, so I didn’t have an opportunity to do any lending with him prior to the credit crisis. But in 2014, I had reintroduced myself to Joe and his team, and I knew that they had a few large refinances coming up.

The first refinance we looked at for Joe at Morgan Stanley was 545 Fifth Avenue, which is the site of the NBA store that Joe leased in 2015. He wanted a fixed-rate loan for that space. It’s a fantastic retail location, but the lease wasn’t quite done yet, and so we had many discussions while we were negotiating the deal about how to structure the loan appropriately. The NBA store was coming in, but there was a significant amount of tenant improvements that needed to be done, and there was some lag time between the signing of the lease and the NBA paying rents. That was something that is traditionally hard to do in the fixed-rate market, but we figured out a way to structure the loan so that we could give him a 10-year loan and sell it in the fixed-rate CMBS market as a conduit loan while the NBA was still moving in.

It was a complicated transaction but a great one. It was a $310 million loan and low leverage loan—47 percent loan-to-value, so all of those things got [Morgan Stanley] comfortable, and it was just a matter of getting the structure right to make investors comfortable, but we were able to do that. Right on the heels of that we took out Joe’s construction loan on the Hilton Garden Inn on 54th Street [between Broadway and Eighth Avenue] and with a $200 million loan. He built the hotel in partnership with Starwood Capital Group and bought them out. It was a tricky transaction because the hotel only had a few months of operating history, which is something that is very difficult to get done in the CMBS market. We were able to structure the loan in a way that made investors comfortable, and we sold off pieces to some higher-yield investors that understood the risk in the market with doing a loan with a shorter operating history.

I would imagine working through the complexity of the deals was also a bonding experience.

Yes. They were definitely not standard deals to get done, and we spent an enormous amount of time negotiating and discussing them. So it was a good way to get comfortable with one another—me as a lender and Joe and his team as operators.

Why was 2017 the right time for The Moinian Group to launch its lending platform?

Well it’s no secret that 2017 is a year you’re seeing an enormous amount of deal flow on the debt side. On the equity side, it’s very difficult to find assets to buy at any kind of attractive return in the markets where we do business. So, we’ve been able to find good debt deals and get appropriate returns for them. It’s also a time when Joe wanted to diversify his company. Equity deals, candidly, are hard to come by. It’s a very well-bid business. It’s well bid on the debt side too, but you are getting compensated appropriately for the basis you have in them. So, as a trade-off debt deals looks pretty promising compared to equity deals.

Had there been any lending activity at Moinian prior to your arrival?

Joe had actually started doing some lending on a one-off basis in 2015. He did one or two deals, but this [lending group] formalizes the process and sends a consistent message to the market that we are here and an ongoing source of capital.

Competition is pretty fierce out there on the nonbank lending side, so how does the firm differentiate itself?

There has been a huge amount of money raised by the private equity players around the commercial real estate debt market. Generally speaking, we are not going to be chasing the same-sized deals that the private equity shops are chasing. We’re going to play in markets where those guys can’t put out enough money because the deal size is a little too small to make it worth their while and spend resources, and we’re going to play in places they aren’t necessarily comfortable playing. We’ve done some construction loans, which some other private equity guys are doing, but we have a long history of development here, and we are completely comfortable taking on construction and development risk.

What are you lending on, in terms of construction deals?

We’re able to lend on any kind of asset, but we’re choosing our spots. Construction is extremely sponsor-dependent, regardless of asset type. We closed a $160 million construction loan in Brooklyn for a ground-up residential development. That’s very large for Brooklyn, so we’re happy to be able to do a deal of that size. We have lent on a hotel on the West Side and are happy to look at hotels going forward. The place we are being most careful with is the condominium market, just given where we are in the cycle. [Chassin was unable to comment on transaction specifics by press time]

Are your originations held on balance sheet or will they be contributed into CMBS?

It’s all balance sheet. There are no plans for CMBS.

What’s in the cards for the rest of the year?

We hope to do about $1 billion in lending this year. I would be very happy if every dollar we put out was in New York—I think Joe would be too—but I don’t think that’s realistic. New York is the toughest market in terms of competition, and we’re doing deals in the boroughs—Brooklyn, Long Island City, Harlem—that maybe other nonbank lenders either wouldn’t be interested in doing or are too small to be interesting to them. So, we’re confident in putting a lot of our money in New York City, but I’d never say we can do it all in New York.