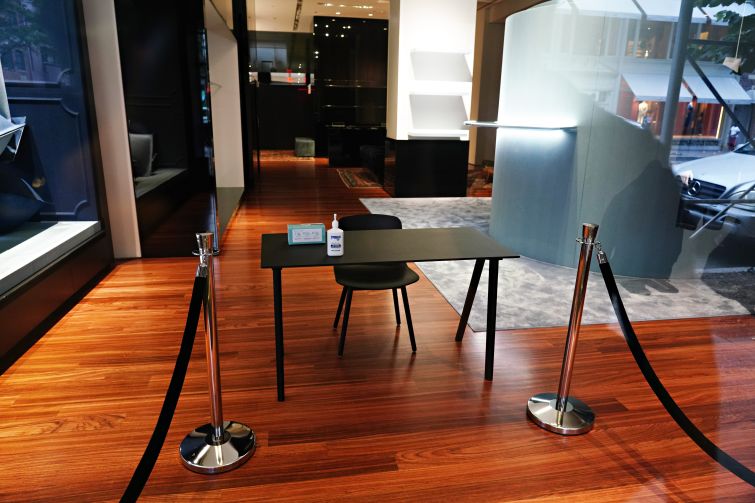 Givenchy's Madison Avenue location in June, as the city began to reopen from its COVID lockdown. Getty Images

Givenchy and its parent company LVMH paid $24.5 million for the right to leave its Madison Avenue flagship early, Commercial Observer has learned.

LVMH reached a deal with Wharton Properties, its landlord at 747 Madison Avenue, to end its lease as early as 2022 instead of the original expiration date of 2029, according to documents filed with the Tel Aviv Stock Exchange.

According to the amended lease terms, Givenchy may terminate its lease beginning in March 2022 with 60 days advance notice, while Wharton can choose to terminate the lease with 60 days advance notice, from the date that the lease is amended, and will not have to return any of the funds LVMH had paid. Givenchy will also continue to operate its store until at least March 2022, per the agreement.

LVMH paid Wharton a total of $24.5 million, including a $15 million fee for scrapping the initial contract, according to the documents, as well as $9.5 million in prepaid rent through March 2022, according to a source familiar with the matter.

JPMorgan Chase, the senior lender on the property, agreed to the amended terms. Wharton secured a $90 million mortgage from the bank to refinance the property in 2019, with a three-year term.

Wharton bought out SL Green in 2013 to become the sole owner of the retail condo, located on the corner of East 65th Street, and signed both Givenchy and Alexander McQueen as tenants that same year, each for 15-year terms.