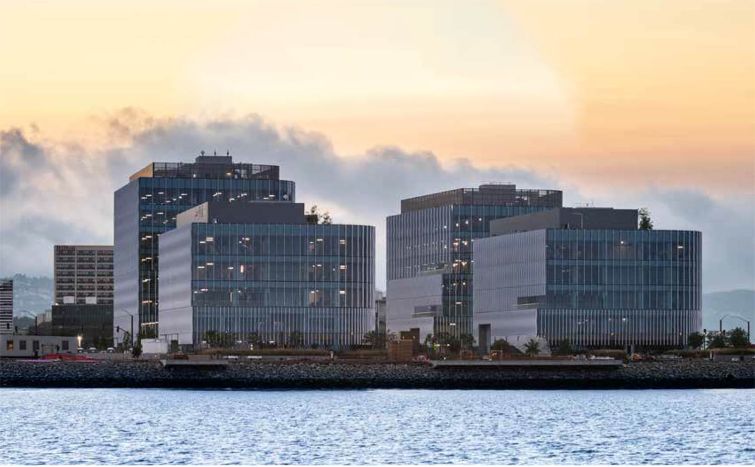 Kylli, a subsidiary of Shenzen, China-based developer Genzon Investment Group, is in the market for a $750 million loan for Burlingame Point, a state-of-the-art office campus in Burlingame, Calif., Commercial Observer has learned.

The property is fully leased to Facebook, for use as the headquarters of its virtual reality subsidiary, Oculus. The social media giant inked a 12.5-year lease for the space in 2018, which commenced on August 1 2020. It has since taken possession of the property and is now in the process of building out its space.

The financing is a good fit for the CMBS market and the loan will most likely be securitized in a SASB execution, lenders familiar with the transaction told CO. There will also likely be a mezzanine tranche, which has received interest from Korean lenders, domestic and foreign insurance companies, sovereign wealth funds and pension funds.

“This is Facebook, and a 12-year lease. There’s a ton of interest,” one lender said.

The loan will retire $515 million in construction financing, provided by J.P. Morgan Chase and Starwood Property Trust in April 2019. The additional proceeds will be used in part to address the free rent associated with the Facebook lease, sources said, which will be reserved in cash flow at closing.

“There has to be around $100 million held back in escrow accounts to be released over the first two years,” one lender explained.

The remainder of the proceeds will be used by Kylli to deleverage some of its other Bay Area assets.

Per an offering memorandum shared with CO, a Cushman & Wakefield team led by Chris Moyer and Steve Kohn are leading the financing mandate. Cushman officials declined to comment.

Kylli built the project on spec, designing it in a campus style on the waterfront with two true office buildings plus two buildings originally intended for life science use. Shortly after construction began, Facebook came along and decided to take the whole campus. At the time, the deal was touted as one of the San Francisco Peninsula’s largest ever leases.

Nevertheless, Facebook chose to finish out the life science buildings as originally intended for flexibility in the future, the source said.

The campus was a perfect fit for Oculus due to Burlingame’s location between Downtown San Francisco and Palo Alto, seeing as the company has employees living in both locations, sources said.

The first round of bidding begins this week, with a lender group expected to be selected around Thanksgiving and an anticipated closing date of mid-January 2021.

Kylli is an investment firm focused on the development and operation of San Francisco Bay area real estate assets. It has more than $2 billion of assets under management, including 225 Bush Street in downtown San Francisco and the Mission Point project in Santa Clara, a former Yahoo campus and  future mixed-use community.