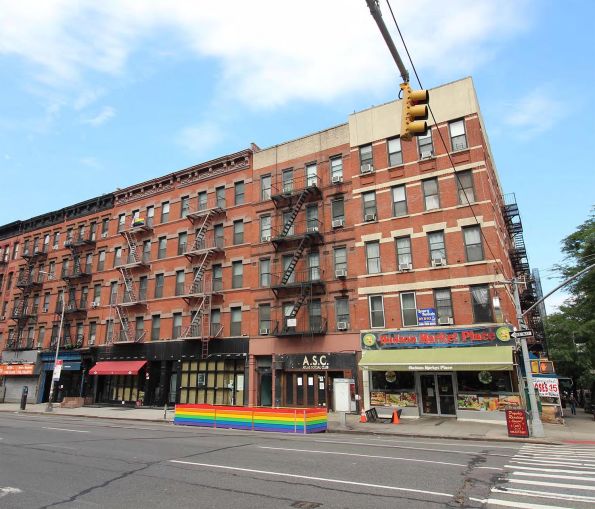 The mixed-use building at 753 Ninth Avenue in Hell’s Kitchen is headed for a bankruptcy sale, Commercial Observer has learned.

Greg Corbin and The Corbin Group at Rosewood Realty are handling the virtual sale, which will take place on Nov. 5 at 11 a.m.

“753 Ninth Ave is a fully occupied mixed-use asset with units that have undergone numerous renovations and upgrades,” Corbin, the president of bankruptcy and restructuring at Rosewood Realty Group, told CO. “The property features 25 feet of frontage and a roof deck with incredible panoramic views of the Manhattan skyline. This is a very desirable core asset, and we expect a lot of interest in the sale.”

Per an offering memorandum, the asset has a net operating income of $455,000 and Atlas Social Club pays a monthly rent of $32,000.

A foreclosure action was started against the borrower in 2017 by its lender, after which the Koustis family declared bankruptcy.

“The building is well-maintained and is in close proximity to Columbus Circle and Hudson Yards, one of the largest developments in U.S. history at more than 18 million square feet and 14 acres of public space,” The Corbin Group’s Elliot Haft added. “Hell’s Kitchen on its own continues to gentrify and we believe this is a great investment opportunity both on the in place as well as the future projected growth of the submarket.”

The Corbin Group, which specializes in bankruptcies — as well as restructurings, foreclosures, stalled construction projects and loan sales —has been busy, having sold close to $100 million in bankruptcy deals in the last quarter alone. Only last month, the team led the sale of a stalled Upper East Side condo conversion project led by developer Mitchell Marks to Jason Carter of Carter Management Corp. for $51 million, as first reported by CO. The group also sold 29 Beekman Place for $11.5 million and an 11-building bankruptcy package on Haight Street Flushing for $28.1 million.