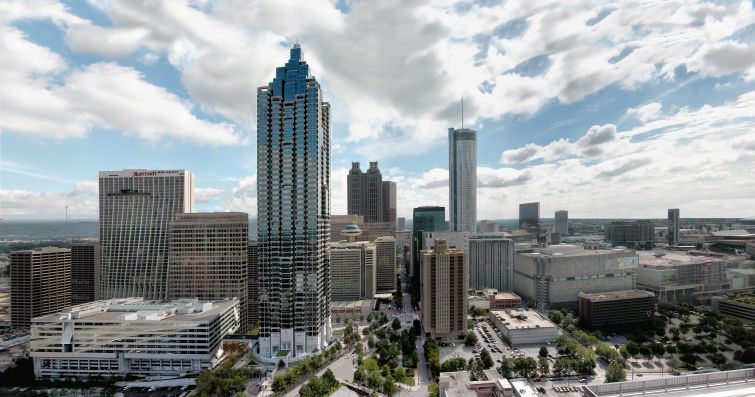 The Atlanta region’s office market has seen a historic rise in the volume of space available for sublease due to the pandemic. But, it’s not as bad as it seems from a landlord perspective.

More than two million square feet of sublease space was available by midyear in Metro Atlanta, more than 750,000 square feet than at the same point in 2019, according to Cushman & Wakefield. That means that subleases accounted for 7.4 percent of the region’s total vacant office space by midyear, the highest share since the global financial crisis of 2008-09. Despite this, sublease vacancies were still just 1.4 percent of Atlanta’s total inventory a few months into the pandemic, with most of the vacancies in the suburbs, according to C&W.

“Right now, subleases comprise nine or 10 percent of the total vacancies in Atlanta,” said C&W’s Christa DiLalo. “It doesn’t sound very high, but it is the highest share that we’ve had in recent history. Since the start of March, we’ve seen 160 sublease listings hit the market across Metro Atlanta, and two-thirds of those have been added since June.”

This is partly due to the return of space to the market that hadn’t even had time to be put to its initial use. For instance, Macy’s announced plans in February to open a 105,000-square-foot information technology center in the T3 West Midtown building at Atlantic Station. By May, with business at a standstill due to COVID-19, the company announced it was halting those plans and subleasing the space instead.

“Macy’s changed their plans when they were still about 75 percent of the way through their build-out,” DiLalo said. “So, they ended up placing their space on the market before they even occupied it. Situations like that are starting to offer companies opportunities for premier space at slightly discounted rates for the full term of a traditional lease.”