Another NYC Building Could Be Forced to Trim Its Height 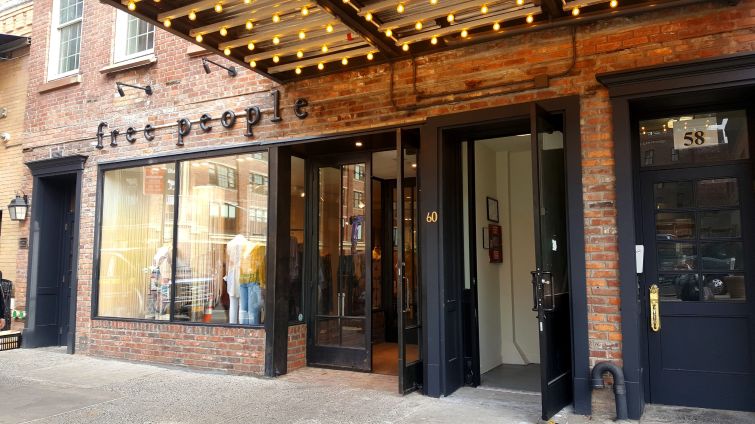 Another Manhattan building could be forced to get a haircut after a judge allowed a case seeking to force Delshah Capital to demolish the upper portion of its Chelsea property could move forward.

Earlier this month, state Supreme Court Judge Arlene Bluth threw out Delshah’s motion to issue a summary judgment — allowing a case to be decided without a trial — in the lawsuit between the board of the Porter House Condominium and Michael Shah’s Delshah. The board argued that Delshah’s addition atop 58-60 Ninth Avenue violated an easement with the neighboring condo building at 66 Ninth Avenue and blocked residents’ views.

“My client is happy that the court denied the motion and that its claim for an injunction [which would force Delshah to demolish the structure] is in tack,” the board’s lawyer, Jared Paioff of Schwartz Sladkus Reich Greenberg Atlas, said. “It looks forward to proving that claim in a trial.”

William F. Savino, Delshah’s lawyer, said that the structures on top of 58-60 Ninth Avenue start about a foot below the condo’s windows and do little to block their view.

“This is really a minimal incursion,” Savino, of Woods Olivatt Gilman, said. “You’d have to look down from one of the condo units to see something below you and block your view.”

The problems started after Delshah bought the four-story 58-60 Ninth Avenue for $18.2 million in 2014, and started work on a renovation project, The Real Deal reported. Delshah’s $5.5 million project, which finished in 2016, combined the two buildings and turned the basement into a retail space, according to the builder. Because the design called for more buildable square footage than allowed under the zoning, Delshah got an air and light easement from the neighboring condo building, which preserved the views on the upper levels of the building.

However, the Porter House condo board claims that Delshah added structures — including stair and elevator bulkheads and HVAC units — on top of the newly combined buildings that violated the easement with the condo building and obstructed views. The board added that it warned Delshah several times the work would breach the agreement.

“Before those structures were even built my client made attempts to compel or convince Delshah not to build them, including reminding Delshah of the terms of the agreement between both property owners regarding how high Delshah could build its building,” Paioff said.

The board filed the suit against Delshah in 2018, seeking an injunction that would force it to demolish the structures that cut into the property’s easement.

Delshah pinned the blame on its architect, Bluarch, in court documents and asked a court for a summary judgment that would’ve likely led Delshah to avoid cutting off parts of the building. (A spokeswoman for Bluarch did not provide a comment.)

“We’re not engineers, we’re developers,” Savino said. “We hire architects who bring in engineers whose job it is to measure buildings and comply with the buildings in place.”

On Oct. 16, Bluth denied the summary judgment motion, arguing “more discovery is necessary” in the case and that “Delshah cannot purportedly make alterations that expressly violate an agreement it knew about and then claim it cannot be ordered to remove them.”

“That does not mean that if [the condo board] proves its case, the court will order Delshah to remove the alterations; it doesn’t mean Delshah will be able to keep the structures, either,” Bluth wrote in her decision.

If Delshah is ultimately forced to demolish some part of its building, it would be the second Manhattan property in line for a haircut recently.

In February, city Civil Court Judge W. Franc Perry ruled the Department of Buildings should revoke the permit for 200 Amsterdam Avenue after community groups argued the developers skirted the law to cobble together a 39-sided lot to build higher than the neighborhood zoning allows. The decision could force developers SJP Properties and Mitsui Fudosan to lop off as many as 20 floors to the 52-story luxury condominium.

“This kind of mood that seems to capture the courts is a mood of extreme skepticism to developers and the City Planning Department,” Roderick Hills, a professor at New York University School of Law, previously told CO. “It all adds to opinion after opinion wherein the city and/or the developer is just losing left and right. And, in ordinary circumstances, they could win right and left.”

Update: This story has been updated to include comments from Delshah Capital’s lawyer.