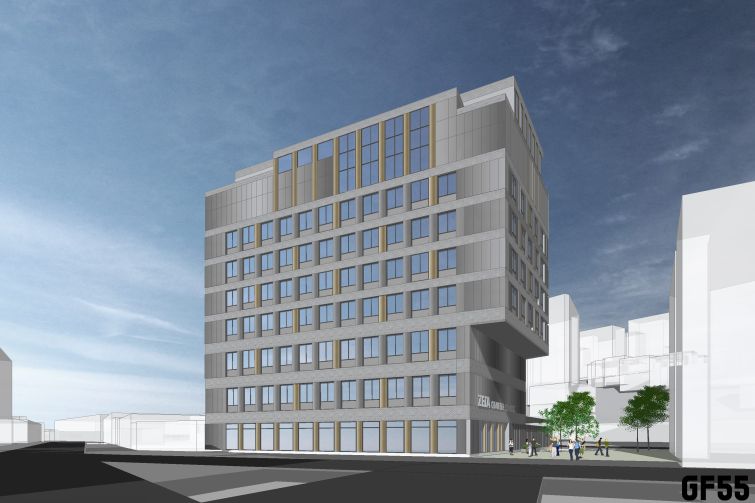 The school signed a more than 30-year leasehold condominium for space at Bolivar Development’s adjacent projects at 1325 Jerome Avenue and 1475 Macombs Road in the Mount Eden neighborhood of the Bronx, according to Transwestern Real Estate Service, which brokered the deal for Zeta.

Zeta’s new location, which it dubbed Zeta Bronx Mount Eden, will host pre-kindergarten to eighth-grade students split across the two developments and is set to open in phases starting in the 2021-2022 school year, according to Transwestern.

Pre-k through first-grade students will be housed in a 20,000-square-foot space on the lower level and first floor of the 15-story affordable housing development at 1325 Jerome Avenue, which Bolivar is developing along with nonprofit The Doe Foundation and is set to finish construction of in mid-2021, according to the brokers.

For grades two through eighth, Zeta leased Bolivar’s entire 75,000-square-foot development at 1475 Macombs Road, which is scheduled to open in mid-2023. That site will also have space for a playground and an outdoor soccer field.

“We are pleased to have found this unique opportunity for Zeta Charter Schools, with two adjacent development sites and the rare and coveted feature of outdoor space for a soccer field,” Transwestern’s Lindsay Ornstein said in a statement. “It provides Zeta the ability to open its doors much sooner through a phased-in approach and also creates a campus from which to support generations of learners in the Bronx community.”

Zeta was founded in 2018, and has a campus in Mott Haven at 222 Alexander Avenue along with a location in Inwood. In April, it inked deals for a 98,000-square-foot spot at 425 Westchester Avenue and a 65,000-square-foot outpost at 1910 Arthur Avenue, as CO previously reported.

Ornstein represented Zeta in its latest Mount Eden deal along with Stephen Powers and Thomas Hines, also of Transwestern’s nonprofit practice. The developer had no brokers.

“We are thrilled to be working with Zeta Charter Schools and Transwestern to create these important facilities for families in the Bronx,” Peter Fine, principal of Bolivar, said in a statement.