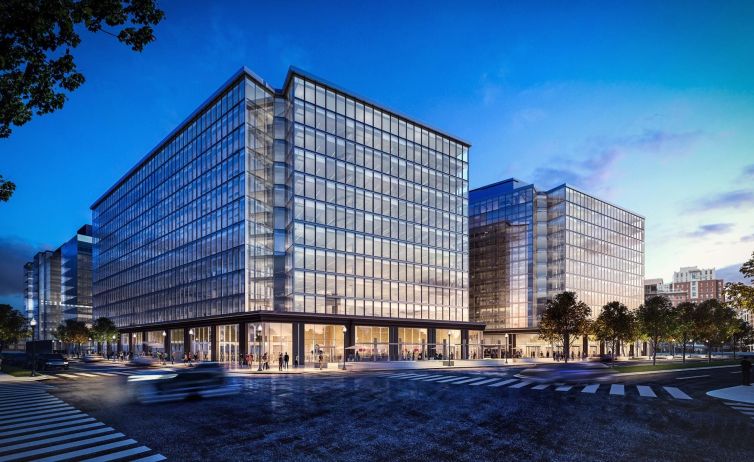 Conceived by a partnership between noted chef Makoto Owuka of Sushi Taro and Eric Eden, co-owner of D.C.’s Unconventional Diner, the 9,000-square-foot space is expected to include a ramen shop, Japanese bakery, robata grill, sushi offering and a full-service restaurant, plus outdoor seating.

“It will be an interesting and unusual food hall, offering a blend of full-service, quick service and retail experiences,” Eden told Commercial Observer.

“We looked at other spots in the city as well, but determined Capitol Crossing was a nice fit for a few reasons,” Eden said. “It serves as a nice central spot in the city, is walking distance to part of the Shaw neighborhood, Capitol Hill and Judicial Square, where there’s not a lot of food options, especially to the east. And it has easy access to 395 coming in from Virginia and Maryland. The proximity to Capitol Arena was appealing as well.”

Love, Makato will be the first retail tenant in the 200 Massachusetts building.

“We’re extremely excited to have these guys,” David Happ, senior vice president at Property Group Partners, told CO. “They are such a quality brand and operation. It’s going to be great for all of D.C.”

Plans are to open the food hall sometime in late summer 2021.

Gary Taubin, a senior associate at CBRE and Kelly Silverman, a senior vice president with the firm, represented the tenant. JLL represented PGP in the deal.