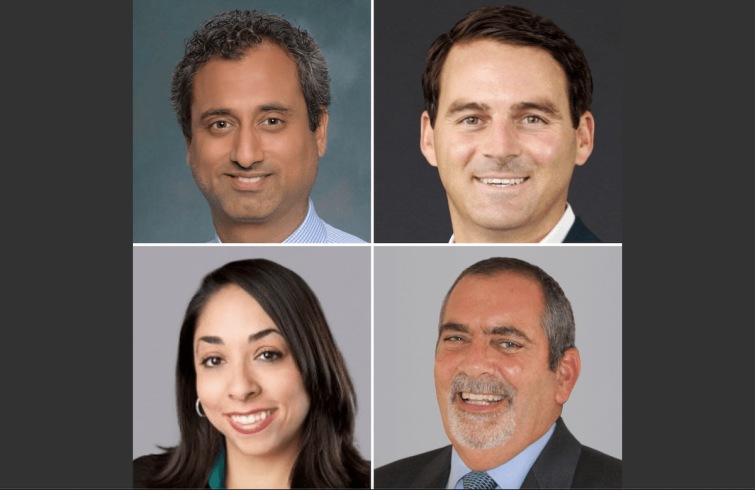 Southern California investment firms and brokerages are bolstering their talent as they head into the final quarter of 2020.

Thakkar has more than 20 years of finance and real estate experience, and he will serve as Dedeaux’s point person for investment activities, joint venture agreements, and sourcing and lender term sheets. He will also handle construction management, including arrangements for entitlements. Thakkar is currently overseeing the development of a 40,000-square-foot distribution facility, as well as a transportation facility on 8.25 acres, both located in the Inland Empire.

Thakkar was previously president of RVT Capital, which he founded in 2012, and he also worked at Rockwood Capital, CIM Group and Sabal Capital, which is a subsidiary of Oaktree Capital Management. Bank previously was responsible for WeWork’s real estate strategy in the Southwest, and also spent time as a broker for CBRE.

Meanwhile, Turnbridge Equities, an investment and development firm based in New York City, announced that Michael Gazzano will oversee new acquisition and development opportunities on the West Coast. Gazzano joined the firm in 2019. In his new role, he will target expansion opportunities throughout Southern California, as well as Seattle, Portland and Phoenix.

Gazzano will be based in L.A., where he will oversee acquisitions for ground-up development and distressed note acquisitions for multifamily, mixed-use, office and industrial assets. He previously worked as vice president of development for Caruso, and worked in the global real estate group of the Walt Disney Company.

JLL’s capital markets team announced that Rachael Lewis joined the firm as a director in its L.A. office, where she will be part of the debt and equity placement team led by Bill Fishel. Lewis has experience sourcing funds from debt and equity markets. She was previously a vice president at a capital advisory firm, where she helped arrange more than $2 billion work of project capitalization.