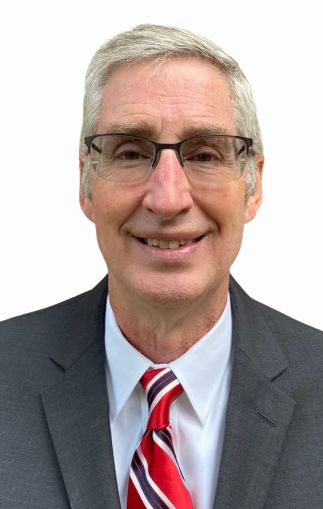 Patrick Berry, a 35-year veteran of the U.S. Department of Housing and Urban Development (HUD), has joined one of the country’s largest and most prominent agency lending and servicing operations as a senior member within its healthcare lending group, Commercial Observer has learned.

Berry’s Greystone tenure will see him stationed in Detroit, Mich. as a senior production manager, working alongside Greystone managing director Fred Levine, who’s spent nearly 20 years at the firm. Berry, who has crossed paths with Greysone on numerous occasions while at HUD, will slot straight into the company’s healthcare and multifamily originations operations, with a focus on skilled nursing facilities, according to a representative for Greystone.

“As the No. 1 healthcare lender for HUD-insured loans, Greystone has built a reputation for not only certainty of execution, but for creativity and sector expertise in the skilled nursing and assisted living world,” Berry said in a statement. “After a long career at HUD, covering all aspects of financing, I’m looking forward to working alongside the experts at Greystone that I’ve gotten to know over the last few decades.”

Berry, 60, retired and departed HUD early in 2019 as director of production for Federal Housing Administration Section 232 loans, a program that shields lenders from mortgage defaults and is geared to insure loans that facilitate the construction or rehabilitation  of skilled nursing, intermediate care and assisted living facilities, among a couple other classifications; there’s also the corresponding Section 232/223(f), which is available for purchases or refinancings of these asset types.

Over the course of Berry’s career at HUD, prior to assuming the role of director of production, the Central Michigan University alum had worked as an operations officer, an analyst, a policy specialist, a loan Specialist and an auditor, per information from Greystone.

After a hiatus to take some time off after his time at HUD, he’s jumping back into the space in a different setting with Greystone.

“It’s incredibly exciting to have Patrick join our team; I’ve known Patrick for almost 20 years,” Levine said in a statement. “His integrity is unparalleled, and his deep healthcare industry experience and insight into HUD’s perspective will be invaluable to Greystone and our clients.”

Over the first nine months of HUD’s fiscal year — starting in Oct. 2019 — Greystone has been ahead of the pack. It’s been the most active HUD multifamily and healthcare agency lender over that time, having doled out nearly $2.6 billion in commitments across 136 loans, per an update from Greystone. That’s good for an almost 15 percent share of the market, which is the most among all HUD-qualified lenders.