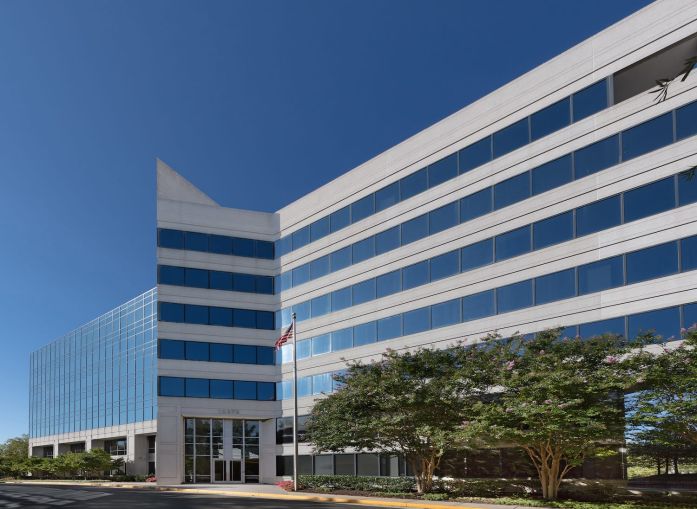 Monument I. Photo: By CBRE

CBRE has facilitated the sale of Monument I, a 167,285-square-foot office complex in Herndon, Va., for $50 million, according to the firm.

Neither the seller nor buyer’s name was released, though public records show that the property’s last owner was an LLC operating as CLF Herndon.

Located at 12975 Worldgate Drive, the seven-story property was originally built in 1998 and last sold for $41.9 million according to records.

The building currently serves as the global headquarters for Peraton, one of the nation’s leading government contractors with more than 3,500 employees.

“The sellers have owned the property for seven years and recently completed an extension of their anchor tenant, which created the opportunity to maximize value,” Tommy Cleaver, CBRE’s senior vice president in Washington, D.C., told Commercial Observer. “The property was 100 percent leased on a long-term basis to a prominent government contractor. The stable profile and yield is very attractive in this environment.”

The office complex is prominently situated along the Dulles Toll Road and is connected to 170,000 square feet of retail amenities at the adjacent Worldgate Centre.

“Immediately adjacent to one of the Toll Road’s largest retail amenity centers—this was a significant attraction,” Cleaver said. “The continued growth and dynamic activity along the Toll Road also played a factor.”

Joining Cleaver on the deal was CBRE Vice President Dan Grimes, who represented the confidential seller in the transaction. This marks the team’s fourth closing since the COVID-19 shutdowns.

According to a recent snapshot of Herndon by Commercial Cafe, there are approximately 240 office spaces for lease in the city, with more than 2 million square feet of available office space, averaging between $28.49 per square foot and $34.42 per square foot.