CBRE’s Stephen Siegel on How COVID-19 Is Impacting Retail, Restaurants and I-Sales 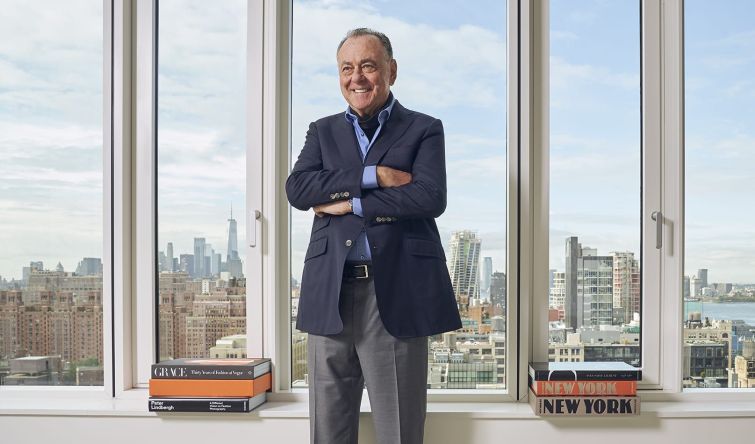 Stephen Siegel, CBRE’s chairman of global brokerage, is more than just a broker. He’s a restaurant owner, the chairman of a nonprofit, an investor in a minor league baseball team and a residential landlord. He’s also one of the more legendary figures in New York City’s real estate industry.

And, for about half of his businesses, he’s had to hustle thanks to the COVID-19 pandemic. Despite his stature in the real estate community, he has struggled to renegotiate a lease for Knickerbocker Bar & Grill, the Greenwich Village restaurant he’s co-owned for decades. The minor league baseball team that he has a stake in, the Tri-City ValleyCats, in Troy, N.Y., is struggling too.

His residential real estate business, Fairstead Capital, however, is chugging along. The company owns 11,500 units in East Harlem and on the Upper East Side. And, on the commercial leasing side, Siegel has been one of the busier brokers.

He has represented the State of New York in a number of leases, including a 452,000-square-foot renewal for seven different agencies at 25 Beaver Street and a relocation for the state attorney general’s office. Siegel also represented Brazilian banking giant Itaù Unibanco in its sublease deal with Kushner Companies as the developer relocated from 666 Fifth Avenue to the GM Building.

Last month, Commercial Observer sat down with the veteran broker over Zoom and chatted with him about what he’s been up to during quarantine, his experience doing business with Donald Trump, and his outlook on the post-COVID retail and office markets.

Commercial Observer: What was it like doing business with Trump?

Stephen Siegel: When you could get him to focus, he was in lockstep. Every single surface, including desks and table tops, had a photo of him. I’m not exaggerating. My biggest fear is he’ll get re-elected and we’ll have a dictator in the White House.

He can and will attempt anything. I’m not sure he won’t get the military to lock up the voting box. He’s finally got some Republican senators that are stepping up. We’ll see.

What have you been working on?

I have an ownership group formed in 2003 as SG2, now Fairstead Capital. We have 10,000 units, the majority of which are in Harlem. We went from buying 10-unit walkups to gathering a pretty significant portfolio. We bought 1,000 units for $690 million with Blackstone as our partner, and we still have smatterings of those on East 61st Street, around Manhattan.

And I’m now chairman of an organization called Gifts of Life. My wife started a fund for gathering swabs, and there are 90,000 swabs in her fund, with over 860 matches and 117 transplants. They’re stem cell transplants for all different kinds of cancer.

I also represent the State of New York, which has a 44 million-square-foot portfolio. In spite of this pandemic, we continue to sign deals. We recently did a renewal of 425,000 square feet for an additional five years at 25 Beaver Street. At 25 Beaver, there are seven different state agencies, and I learned we had to tour each of the agencies separately for each of these seven different buildings.

And Loews Corporation, which owns the Regency Hotel, we’re looking for a headquarters for them. We’re also handling a big sublease assignment for Hudson’s Bay; they’re closing [Lord & Taylor] stores.

Most of these office tenants don’t know what their layout will be, but they know the office environment is where people want to be. They’re having a hard time planning and anticipating their space. I’m also trying to help defer rent on this high-end jewelry store’s office space. They buy estate jewelry and resell it. They can’t pay their rent because many of the department stores that buy from them have closed.

How are things going at your restaurant after all the pandemic closures? And is the city’s restaurant scene going to survive all of this?

I’ve owned a restaurant in the Village for 43 years — the Knickerbocker on Ninth and University. I’m trying like hell to negotiate a new lease with lower rent, and it astonishes me how many landlords are saying no and are digging their heels in. I’m guessing thousands of restaurants won’t reopen.

Take the Knickerbocker. We have to take out at least two of four tables in the bar—we can’t have the bar three deep—and then you’re going to have 50 percent occupancy, gradually increasing. You’ll have half the people sitting inside eating, and some outside. Span that across thousands of restaurants and you’ll see a lot of closures.

We’re not open now because we have to do a renovation after 40-plus years. I asked my partner if he can survive, and he said ‘I think I can survive for a year with limited capacity, by limiting the menu and letting some of the prep chefs go.’

What do you think the future of New York City retail looks like right now?

I’d need a crystal ball to figure out how that comes out. On Madison Avenue north of 60th Street, Barneys was the anchor and it’s gone. Store after store is gone.

Schnippers is probably going to have to hold on because landlords won’t give them the concessions they need, and they’re dependent on office buildings. This sidewalk dining that’s opened up is really just to survive until normal occupancy returns. You’ll see a lot of restaurants that won’t make it.

I renegotiated a lease for Sarabeth’s in Tribeca with Vornado. I had to go to Haim Chera and have him look at it feasibly. I asked him, ‘Who are you gonna lease this to?’ And he said, ‘Oh, we got CityMD lined up.’

I don’t know what use or shape it will take, but there will be a new retail picture. There will have to be new retailers coming in that can take advantage of the lower price point [of asking rents]. I think over time there will be some retail turned into a different use; you can only use so many CityMDs.

How do you think the New York City office market is going to recover from the pandemic?

I think the office market will recover when there’s a vaccine and there’s not tens of thousands of cases a day.

I think there’s going to be a lot of tenant improvements and free rent. Depending on the sublease market. … Yes, there’ll be a dip, and, yes, there will be lots of subletting. But, if you look at average asking rent, there hasn’t been a huge drop yet.

What’s the investment sales market going to look like in a year?

There will be an adjustment in pricing, and returns will be lower. These prices are going to go down. With cheap debt, it’s going to make sense to buy office buildings again. There are a million funds being formed. And, for some landlords, there’s going to be a fire sale because they can’t pay their debt, probably by the end of next year.

I sold air rights for my synagogue on 55th Street, and that deal went through to a developer [GDSNY] that’s redeveloping 417 Park. They bought 83,000 square feet from us; that deal is going ahead.

No one’s stopping living. They’re not stopping plans to develop, but no one’s putting a shovel in the ground.

By the end of 2021, you’re going to see more deals being made and more of a return to normal.

They’ll work with you as a debt payer within certain reasonable parameters. I haven’t heard of any significant defaults yet, but who knows? If this lasts for another two years, then who knows what’s going to happen?

Update: Lord & Taylor was misidentified in an earlier version.