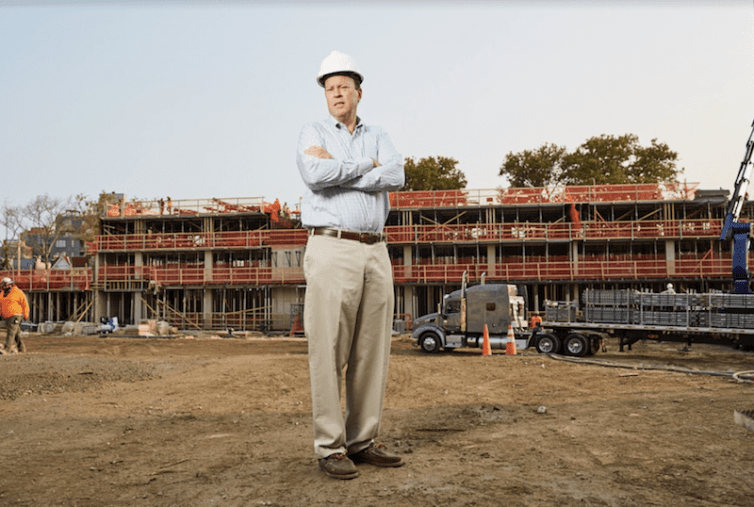 Closing construction financing during COVID is no mean feat. Closing a $280 million financing that involves debt plus a joint venture equity component deserves an award of some kind. But that’s exactly what Cape Advisors pulled off for its project at 30-77 Vernon Boulevard, a three-building rental property on Astoria’s waterfront. The development marks Cape Advisors’ first foray into the outer boroughs, and will offer residents unobstructed water and Manhattan skyline views.

Commercial Observer caught up with Cape Advisors founder and CEO Craig Wood to learn more about why the firm was drawn to Astoria, and why he’s never — ever — giving up on New York City.

CO: Your Vernon Boulevard project is off to the races. What appealed about this particular location in Astoria?

Craig Wood: Astoria is a great neighborhood. It’s really vibrant and — we think— one of the most dynamic neighborhoods in New York. There’s very much a real sense of place there, it’s been a great neighborhood for years, and we believe it’ll continue to evolve that way. We got really lucky in being able to acquire this site a couple of years ago. It’s across the street from the water in a kitty-corner to Socrates Park and kitty-corner to the new ferry to New York City. We thought it was a great project before COVID and we believe that’s the case even more so now. With all the outdoor space and fresh air it has to offer it’s really great.

Had you been searching for a development site in Queens prior to the acquisition?

We were looking at different neighborhoods outside of Manhattan and looked very hard at this site — as well as a few other sites — and managed to buy it at the right moment. We knew it was a really special site that could house a really great building. We have never been cookie-cutter developers who just develop the same building over and over again. Each of our projects — and we’ve done, probably, 50 projects over the years, both in and out of New York City — is focused on fitting in with and being a great addition to a neighborhood.

This varies anywhere we’ve developed, be it neighborhoods in Manhattan to Cape May, New Jersey, to Sag Harbor to other locations out and around the city. The site in Astoria felt right in that context, and we knew we could build a really interesting and great project.

You recently closed the project’s construction financing. How was the experience of closing such a large deal during a global pandemic?

We were very happy with the result. We got it all together and owe a lot to our partners who worked with us through this very difficult time. We signed up the financing before COVID, and I give a great deal of credit to those long-term relationships. We had started construction even before we closed on the loan, and I think it helped that we had the foundations very far along and people already working on it. But I can’t give enough credit to our partners for having the confidence in us to help push us over the finish line. Everything took a lot longer as we were closing via conference calls and Zoom calls, and there were twists and turns along the way, but everybody held in there. I think it’s a testament to the confidence in the entire team at Cape. We work really hard and don’t give up easily, and you’ve got to have that attitude to push these things across the line in good times as well as the funky times, like right now.

When Vernon Boulevard is completed, who do you anticipate the residents being?

It’s 30 percent affordable and I think the resident mix will vary. I think we’ll get a lot of people from the neighborhood. There are a lot of people that are very passionate about Astoria and are looking for a product like we have, which really doesn’t exist in that local market. And, I think we’ll also get a lot of people from Manhattan. The project is very accessible to the city, but it’s a really nice, special location in Astoria. We have a little beach across the street! It’s sort of funny to walk across Vernon Boulevard, and there’s a little gate you walk down and then there’s a sandy beach.

Nobody expected COVID to hit, and it’s made everyone reassess their pipelines in the context of the new normal. Are you going to embark on any new projects during the rest of 2020, or are you concentrating on existing projects for now?

We were very busy even before closing Vernon Boulevard, so we’re focused on our existing projects. But there’s a lot of opportunity out there right now, and in a way I almost view your question as where do I think New York is headed. Even though in the short term it’s difficult, I remain really very bullish on New York in the long term.

There are tremendous opportunities presenting themselves every single day and we’re keenly looking at a few different things for the future. With development projects, you can’t take a one- or two-year look ahead, you really need to take at least a four- or five-year look ahead. So, we’re doing that and looking at other opportunities.

Apart from Vernon Boulevard, what else do you have in the hopper right now?

We’re excited to be opening and launching our project at 30 Warren Street [in Tribeca], where we have people closing on apartments in early September. Same thing with our Greenwich West project at 110 Charlton Street [in Hudson Square]. Despite a really challenging market right now, we were pretty measured in the product we were delivering, and continue to get offers and make deals and move those forward. So, we remain pretty optimistic and want to keep doing what we’re doing. 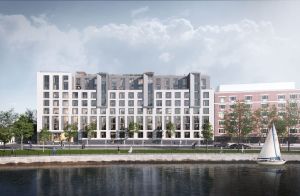 You mentioned there are some interesting new opportunities crossing your desk. Are you seeing acquisition opportunities or places where you can step into development projects?

We think there are some interesting acquisition opportunities out there. Less so taking over someone else’s development — I don’t think we’ve really focused on that at all — and more looking at assets and different sites that are more available now and at better prices than they would have been. It really is having faith that New York is going to come back. We’re big believers New York City will come out of this and come back stronger than ever.

Did you happen to see Jerry Seinfeld’s op-ed in The New York Times a few weeks back?

I did, and I completely agree with him.

Do you think the outer boroughs are better-positioned than Manhattan in terms of rental  projects’ attractiveness post-COVID?

I think it might take a couple of years, but I still think Manhattan will come back and do very well. But I think this pandemic has opened a lot of people’s eyes to how great locations like Astoria — and there’s many, many locations like that around New York — really are. I think we’ll continue to see interest from people in those neighborhoods. But long-term I think Manhattan will do just fine as well — although it’s having a difficult moment right now.

How has your portfolio fared overall over the past six months?

We faced the challenges every other developer did, with construction shutting down and starting up and everything else, but we’ve navigated through it and have five active projects right now with a lot of people working at all of them. We have kept a lot of people employed and a lot of people going in these difficult times, which has been great. Our focus on interesting places and interesting buildings benefit us even more so during difficult times than it does during good times because it helps resonate with buyers or renters.

One thing I’ve learned, having been in the business for this long, is that things happen. And you never know quite what that ‘thing’ is going to be. Sometimes it’s good, but sometimes it’s bad. And so you need to set yourself up with these projects, which really unfold over multiple years, to be able to survive and thrive during those environments. We’re not perfect, but we think we’ve done a pretty good job of doing that.

Cape Advisors has been around since 1995, so you’ve lived through a few crises. What is the most striking thing about this crisis as opposed to previous crises, in your eyes?

This crisis has caused problems by its very nature, by the stay-at-home aspect and people being discouraged from going out. But it goes back to the point I made earlier in that these crises will eventually come and you can’t believe that everything is always going to keep going up; there are going to be moments when things grind to a halt or go sideways. Whether it was the financial crisis in the late ‘90s or 9/11 or the financial crisis of ‘08, ‘09, or times when the market has too much product, you always need to assume that something is going to happen when you’re going into projects and prepare yourself for those.

When you launched Cape Advisors in the ‘90s were you responding to a void in the market?

I was a lot younger then [laughs]. I had come to work in real estate in New York in the late ‘80s, and decided to go out on my own. It was a very difficult time in the early ‘90s, and we went out and started buying things out of the Resolution Trust [Corporation]. We were pretty opportunistic, and my partner and I quickly learned to be prudent about the number of projects or big projects we were working on at any point in time so we could really have a hands-on approach.

That has really served us well and just kept it really interesting over the years. We opened a big hotel in Cape May, N.J. — Congress Hall — in early 2002 and had a lot of issues with our contractor, so we went down there with a team of people from here and spent basically a month with a team of locals doing the construction ourselves. I still remember laying carpet and painting so we could get our hotel opened on time, and we have continued to take that attitude toward all our projects over the years. We take a very hands-on effort, and we think that ultimately shows in the product and brings really good long-term value.

COVID aside, what do you think’s the biggest change in New York’s real estate market today, compared with when you first started the firm in the ‘90s?

Are you a New Yorker?

I feel like a New Yorker. I’ve been here 35 years, but I grew up in Michigan. I came here a long, long time ago, but I couldn’t love New York more and couldn’t imagine living anywhere else.