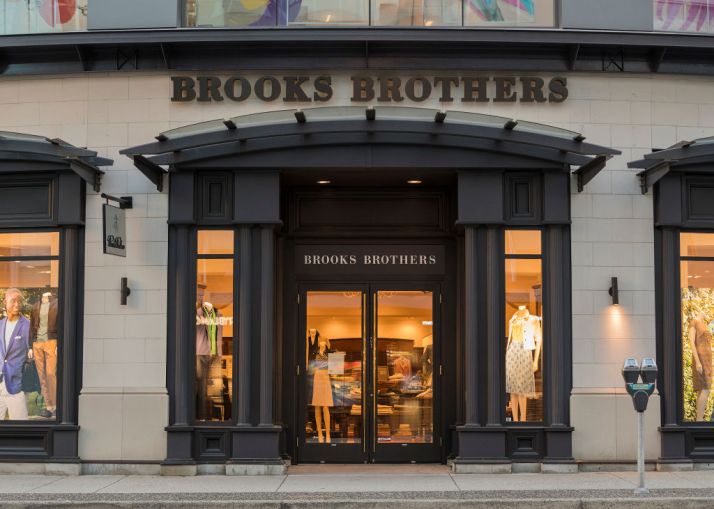 Storied menswear retailer Brooks Brothers — which has dressed 40 U.S. presidents in its 200-year history — filed for bankruptcy today, the latest retailer to do so during the coronavirus pandemic.

The retailer submitted Chapter 11 proceedings in a Delaware court this morning, with both assets and liabilities listed as between $500 million to $1 billion, according to court records. Brooks Brothers plans to seek a new buyer during the bankruptcy.

“Our priority is to start this important chapter with a new owner that has appreciation for the Brooks Brothers legacy, a vision for its future and aligns with our core values and culture,” Claudio Del Vecchio, the CEO and owner of Brooks Brothers, said in a statement. “Prior to COVID-19, we were already conducting an evaluation of various strategic options to position the company for future success in a rapidly transforming retail environment, including a potential sale of the business. Industry headwinds were only intensified by the pandemic.”

Brooks Brothers was able to secure $75 million in financing from WHP Global to continue operation during the proceedings, according to the company.

It already started closing 51 of its nearly 200 U.S. stores because of the coronavirus pandemic and is considering shuttering others, according to the company. It also plans to stop manufacturing at its factories in Massachusetts, North Carolina and New York by Aug. 15.

Its fate got much bleaker during COVID-19, which forced workers out of the office and into their homes, ditching suits in the process, and it has been inching toward filing for bankruptcy for months, The New York Times reported. It laid off nearly 700 employees of its 4,025 workforce in June, according to the Times.

Brooks Brothers was founded in 1818 as the H. & D.H. Brooks & Co. clothing store in Manhattan. It has dressed everybody from Wall Street workers to Abraham Lincoln, who was wearing a Brooks Brothers coat when he was assassinated in 1865, according to Brooks Brothers’ website. Del Vecchio, whose father Leonardo Del Vecchio founded eyewear giant Luxottica, bought the menswear purveyor for $225 million in 2001 from British company Marks & Spencer, the Times reported.

Retailers were already dealing with a punishing decade of competition from online retailers, and the coronavirus pandemic, which forced many to shutter their doors for months, exacerbated their problems.

J. Crew, Neiman Marcus, JCPenney, Aldo, True Religion and John Varvatos are among the retailers to file for bankruptcy during the pandemic. Home-decor chain Pier 1 Imports announced in May that it will go out of business and permanently shutter its nearly 540 stores around the country.