New definition could be a boon to CRE crowdfunding 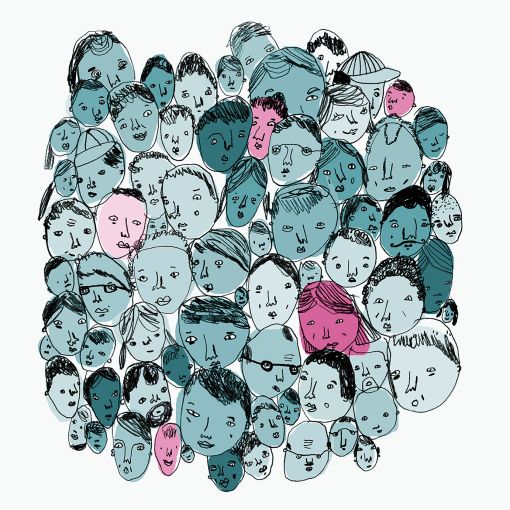 New definition of Accredited Investors could be a boon to CRE crowdfunding. PHOTO: Getty Images.

The Securities and Exchange Commission has expanded its definition of accredited investors to include financial professionals, among other amendments adopted by the agency this week.

Only accredited investors can participate in private investment offerings, which do not require the same disclosures as public companies and therefore afford fewer protections to investors.

Until now, accredited investors were defined solely by monetary metric: Only people with an annual income of at least $200,000 or with assets worth at least $1 million were included. The new rules expand the definition to those with knowledge of the financial markets, such as licensed brokers or employees of financial institutions.

The SEC will continue to evaluate and update which credentials and certifications would qualify someone to be an Accredited Investor.

The amended rules also expanded the category of entities that can participate in private offerings to any entity with assets above $5 million as well as to certain entities, like registered investment advisers, with no asset requirements; and amended the term spouse to “spousal equivalent” when defining household income.

The change to individual investors, which will widen the pool of potential investors in real estate crowdfunding, is a step in the right direction, but fairly limited in scope, according to several crowdfunding experts that spoke with Commercial Observer.

“It’s a welcome change,” said Darren Powderly, co-founder of crowdfunding marketplace CrowdStreet. “The SEC has come out in support of the private investment marketplace.”

Until the JOBS Act of 2012, which opened the door to crowdfunding, private investment in commercial real estate was largely inaccessible to anyone outside the industry, regardless of accredited investor status. But once the internet made it possible to directly market investments to consumers, and the JOBS Act made it legal, many of those barriers disappeared. However, most real estate crowdfunding opportunities are still closed to non-accredited investors, making its definition highly significant.

“I don’t see it as a huge change,” said Jeff Holzmann, CEO of crowdfunding company IIRR Management Services. “For a company like ours, I don’t think it’s going to bring in a single additional dollar.”

Holzmann—who has advocated dropping the income threshold to $100,000, which would vastly expand the number of potential investors—doesn’t think the changes go far enough. The SEC regulations were devised for a time before the internet made investing much more accessible, Holzmann said. “It may have been fair before the internet, but now it’s three clicks of a button,” he said. “Now, from anywhere in the world, with three clicks of a button, you can participate in commercial real estate investment.”

Adam Kaufman, co-founder and COO of ArborCrowd, agreed that the change is only a first step in the direction of inclusivity, since it primarily targets people already in the financial industry. “We’re here to make investment in CRE more accessible,” he said. “[The change] only slightly increases things for people in the know, and people with a more acute understanding of the industry. It doesn’t open the net to be drastically more inclusive than that.”

However, he did expect the move to impact his business. ArborCrowd often receives inquiries from people in the financial and commercial real estate industries who are not yet eligible to invest in their offerings, Kaufman said.

Not everyone agrees that widening the accredited investor pool is wise. Notably, the SEC did not change the income or wealth threshold, as had initially been proposed. That has been a subject of debate since the SEC first proposed changes in December 2019.

A report from the Brookings Institute recommended that the income threshold, which was adopted in 1982, be adjusted for inflation, which would put the threshold at over $500,000. In 1982, the threshold limited accredited investor status to just .53 percent of the population, as opposed to 9 percent today, per the Brookings report.

The initial rules were meant to protect investors who couldn’t afford to lose their savings from unscrupulous players. And recent high-profile failures, like the collapse of crowdfunding pioneer Realty Shares and the spectacular failures of Prodigy Network, show that real estate crowdfunding isn’t without its risks.

While some protections need to be in place, ultimately it should be up to investors, Holzmann said.

“Nobody says you have to be an accredited investor to go to Vegas,” he said. “The odds there are much worse.”