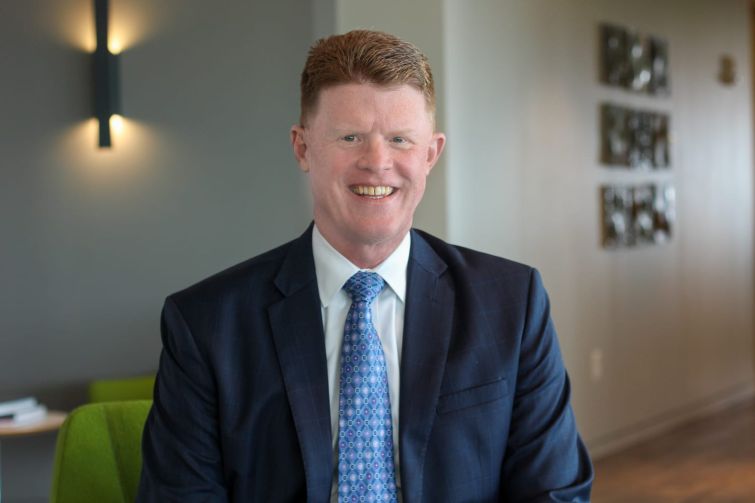 Despite the pandemic, Washington, D.C., is experiencing a fair amount of activity in multifamily sales transactions.

While the numbers aren’t at historic levels, they are still strong and expected to remain active in the months ahead.

Commercial Observer: How would you characterize the multifamily sales market in D.C. currently?

Muldowney: We are off from last year’s breakneck pace. There continues to be a lot of interest from investors, but a dearth of offerings. There is also debt available for multifamily at historic levels: low interest rates, a multi-year interest-only period. Additionally, we are experiencing better-than-expected collections; occupancy and rent rates are holding fairly well given the low-risk profile of the employment base of the region.

Webb: These low-rate, interest-only loans allow investors to achieve as high cash-on-cash returns as they have ever been able to achieve in multifamily before, and have helped keep cap rates low for sellers.

How has COVID-19 impacted things?

Muldowney: Around March 15, there were a number of properties that had either just hit the market or were about to come to the market, most of which got put back on the shelf. There have been a number of deals since then that have had to sell for one reason or another; typically the sellers of these properties have been individuals, while institutional sellers have stayed on the sidelines for the most part. As a result, the region has completed only $3 billion in sales so far year to date.

What do we normally see at this time of year?

Muldowney: Last year’s total was $10.66 billion. The usual cadence of mid-year activity would be much more fluid and dynamic: Deals would be getting sold; others coming to the market for a first of September launch; sellers and buyers would be assessing their 2020 business plans and figuring out what they would need to do to accomplish them by year’s end.

What is some of the notable activity you have seen?

Muldowney: Deals that must be sold (business plan or debt coming due) are going to the market and getting a lot of activity. Thus far in 2020, our mid-Atlantic CBRE multifamily investment properties group has sold nearly $1 billion and has another $830 million under contract in the D.C. metro area.

What sort of deals are being made?

Muldowney: Attractive debt is available, equity is plentiful, and that typically means the private capital buyers have strong appetites. The institutions are slowing, stepping off the sidelines and showing interest, but travel restrictions continue to drag on that segment of investors.

Why do you feel there is a lot of activity in this sector?

Webb: There is a lot of money that simply needs to be in real estate, and there is widespread belief that multifamily and industrial are the safest assets to be investing in right now. Industrial is somewhat challenging, though, because the deals are generally much smaller, and it is harder to get out as much money or find as many deals to invest in.

Muldowney: Housing is a needs-based asset type, meaning, people have a need for it during every stage of the economy. As long as the collections fundamentals hold up, interest in multifamily investments will continue.

What are the benefits of doing deals now in the wake of COVID-19?

Muldowney: The benefit of multifamily investing is that it involves a basic need of society: housing. Meanwhile, hospitality, retail and office are sectors in which investors have had to totally re-think the money-making proposition due to the current crisis.

Webb: It is hard to imagine all-in coupon rates for borrowing staying this low; and, again, the spread between interest-only debt and cap rates is allowing for exceptional cash-on-cash returns.

Are new players entering the market or are we seeing the same investors?

Muldowney: There is new money coming into the multifamily space. There are a few reasons: 1) Multifamily is the best performer next to industrial due to its fundamentals (collections, balance between supply and demand, etc.) So, if you are going to invest in real estate right now, you are going to look at multifamily and industrial. Hotels, retail and office are out of favor due to current conditions. 2) And, in regard to new players entering the D.C. metro area multifamily market specifically, investors are fleeing highly regulated housing markets such as New York.

Muldowney: The D.C. region has a low-risk employment base as over 40 percent of jobs are considered “risk-averse.” Additionally, the presence of the federal government and local federal spending provides a cornerstone to the regional economy, and the intellectual capital is relatively rich in the region: Companies in the cyber security, biotech, bio-sciences, defense and technology industries see the D.C. metro area as having a large supply of highly educated talent.

Muldowney: It will definitely be a slower year than the past few years, but we do expect transaction activity to increase over the next few months.

Webb: If expected medical breakthroughs occur in the fall months, there should also be an additional surge in confidence that will help the markets.