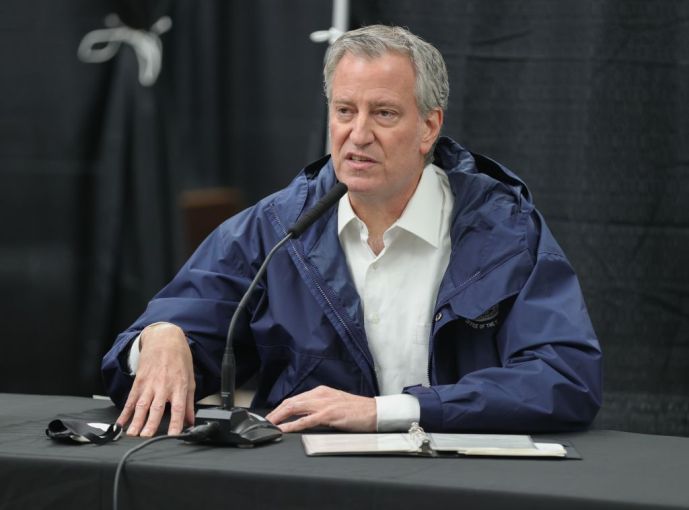 Under the new agreement, the unions will “prioritize the referral of workers from zip codes where at least 15 percent of the population lives below the federal poverty level and/or are NYCHA [New York City Housing Authority] residents,” according to a joint press release sent out this afternoon. The unions are aiming for workers from these zip codes to log at least 30 percent of all hours worked on public construction projects.

The agreement also specifies that construction unions will provide apprentices to contractors on city projects up to the maximum number of apprentices allowed on sites under state labor laws. A new Memorandum of Understanding will also mandate a specific number of slots in the apprenticeship program for residents of low-income communities and NYCHA housing.

“During the worst economic crisis since the Great Depression, we’re taking action to connect low-income New Yorkers to good jobs and even better futures,” de Blasio said in a statement. “We’ll use the City’s purchasing power to address hiring disparities, expand opportunities and invest in our communities of color.  Working together, we can build a fair and equitable future for all New Yorkers.”

The mayor also announced that he was proposing a new bill in the state legislature to establish an Office of Community Hiring and Workforce Development. The office would develop new programs to connect NYCHA residents, veterans, people with disabilities, people with criminal records, immigrants and cash assistance recipients with contractors and other businesses who work on all kinds of city projects, not just construction. The bill would also establish a minimum ratio of apprentices to regular workers on city construction sites.

“For years, New York’s union building trades have prioritized expanding access, equity, and opportunity in neighborhoods across the city,” said Gary LaBarbera, the president of the Building and Construction Trades Council, in a statement. “We look forward to building on that commitment and working directly with the administration to ensure that all New Yorkers — especially those in underserved communities — have access not only to our exceptional union apprenticeship and direct-entry programs, but also to the tens of thousands of middle-class careers that this agreement will create.”