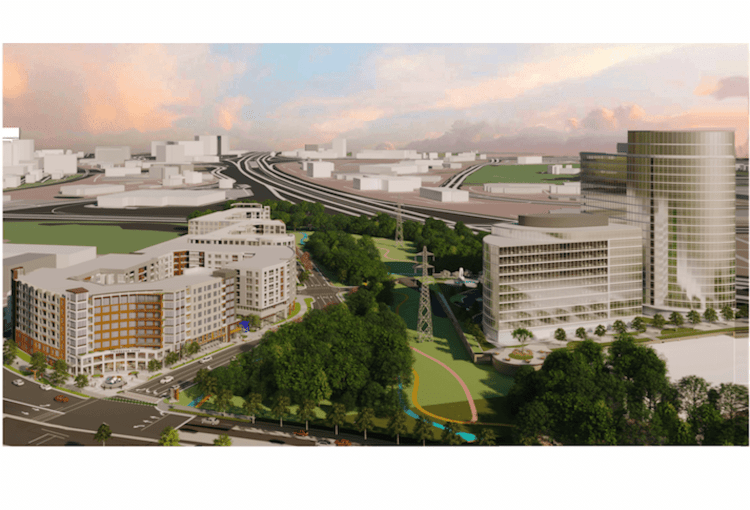 When the Washington, D.C., developer acquired the property in 1984, it planned to build four office buildings and a hotel, but only one office building has gotten off the ground in the past 36 years.

The new plan is to build two office buildings and two residential buildings with a mixed-use component, according to Bisnow.

Elizabeth Baker, senior land-use planner for Walsh, Colucci, filed the application on behalf of the developer and told the website the change in plans occurred because Quadrangle was not able to sign a pre-lease to break ground on the planned office properties.

“It’s not like they don’t want to develop it, but they’ve been marketing it for decades and nothing has come to pass,” she said. “Mixed-use is more attractive to potential office tenants who want a more interesting and lively environment. That’s the purpose here, to try to bring this plan up to 2020 standards and get away from the old-fashioned office park.”

The property is situated on the corner of Herndon Parkway and Fairbrook Drive, just a half-mile from the Silver Metro.

The one property already built is a two-story, 80,000-square-foot building located at 200 Fairbrook Drive. It was constructed in 1985.

According to Baker, Quadrangle anticipates breaking ground “as soon as possible” on the first new residential property, which will include the retail component.